Once known mainly as a memory manufacturer, Corsair now has its fingers in many pies of the PC hardware market, and the release of the T1 Race gaming chair has seen it enter yet another area. It might surprise you to learn that this isn't a chair with RGB lighting. Nonetheless, Corsair is looking for £300 in exchange for one of these, so hopefully it does have some neat tricks for us. This price puts the T1 Race towards the more premium end of the gaming chair market from what we've seen, but it's certainly possible to spend considerably more on looking after your back and derrière as models from Noblechairs and Vertagear attest to. Click to enlarge
Few companies that sell chairs like this are actually the OEM, and there's often a distinct feeling of familiarity when looking at the unassembled mess of bits in the box – it's likely that many of them share a factory or two, and that seems to be the case here. The height and tilt adjustment mechanism, for example, looks similar to if not the same as that used by the Nitro Concepts C80 Pure, the AK Racing Nitro, and the Speedlink Rugger, all three of which are less expensive. Click to enlarge
After having only recently finished our Vertagear Triigger 275 and 350 reviews, coming to this chair feels like a bit of a step backwards given the amount of assembly required – shout out to our developer apprentice Mason for “volunteering” to take on this unenviable task. That said, it's important to remember that Corsair's model is no different from the vast majority of gaming chairs in this regards, and the Vertagear ones are more expensive and stand out in part because of their simple assembly process. Click to enlarge
It would have been nice to see metal rather than just plastic used for the wheel base given the cost. The scooter-style wheels also don't inspire much confidence initially, although in practice they turned out okay. These slot into the base, although there's no satisfying click to register a proper connection. The gas piston and its cup-stacked, plastic cover are then easy to install. The T1 Race supports loads of up to 120kg; low relative to some models on the market, but plenty enough for most. Click to enlarge
Putting the main chair together is the next step, and it's a mixed bag difficulty wise. Screwing the mechanism into the base is easy enough – simply loosen the four screws then reattach them with the metal plate in place. However, getting the backrest in is a different story. We noted inconsistencies with regards to washers, with some falling off and others staying in place. Keeping everything aligned is also a pain – you think you have the bolts lined up, but then they just refuse to bite the thread, and you're left wiggling the Allen key around uselessly. It's doable, but you may need a teammate. Click to enlarge
Getting the plastic covers on afterwards involves a bit of force, and we had to hit ours to secure them; the alignment just wasn't as precise as it could be. After that, you just need to lift the chair onto the gas cylinder, provided you've removed the red cap, something the instruction video helpfully leaves out... Click to enlarge
Oddly, one of the first things we noticed when sitting in the T1 Race were the arm rests and how wobbly they are. On the plus side, at least, they can be adjusted in four different ways: height, depth, width, and angle, and they're very wide and comfortable to rest on. The carbon fibre effect finish sets the racing tone that's emphasised elsewhere. Click to enlarge
The quality of the faux leather covering and the stitching is decent, although you should note that this material isn't especially breathable, and it isn't perforated. The diamond pattern fits with the overall racing theme, so there's at least consistency there. If you're not a fan of the blue highlights here, Corsair offers the T1 Race with white, red, and yellow highlights as well, and there's also an all-black version. Click to enlarge
The chair itself does feel sturdy, and it's firm without being uncomfortable yet not squishy either – support on the whole is decent. The seat base is large in both dimensions and thus very accommodating, although even the slimmer members of staff here noted that the full-height backrest was quite tight around the shoulders. This seems to be as a result of the influence taken from racing chairs, with sharp angles on the side sections that mimic those used to hold drivers in place around fast corners. Our resident petrol-head thought this was pretty great, but most of us were less enamoured and preferred to have a bit more freedom here. Click to enlarge
Two cushions are supplied, one for lumbar support and one for neck support, and both are secured with elastic straps. They're firm, and we found them a bit too big for comfort; the lumbar one in particular is no match for chairs with actual lumbar support built into the design of the backrest. Click to enlarge
In terms of adjustments, the T1 Race offers 10° of tilt, with a tilt tension knob positioned underneath the chair towards the front. There's no adjustment of the seat base depth or backrest height, but you can move the height of the whole chair through 10cm with the lever that's again under the base. Lastly, a lever to your right where the base meets the backrest allows you to recline the chair all the way down to 180°. It's a fairly standard set of adjustments, and they all work well enough without clunkiness or fuss. The T1 Race hasn't left much of a lasting impression on us. This isn't because of any major or inherent flaws but rather the fact that it doesn't really do much that numerous other chairs can't do for less. Similarly, for not much more, you can get the Noblechairs Epic. The two are similar in many ways, but the Noblechairs model feels sturdier and has better materials.

Corsair's move into gaming chairs may seem odd, but there's clearly a growing market; judging by the number we saw at Computex, loads of brands will soon be jumping on this bandwagon with models that are differentiated only by small details, design, and price. The racing theme here may appeal to those who love such games, but otherwise we're not convinced that the price isn't a little too inflated. 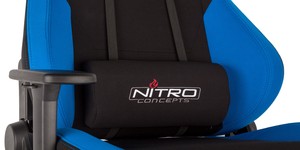 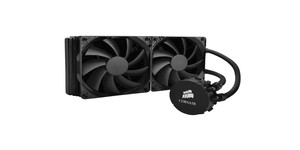