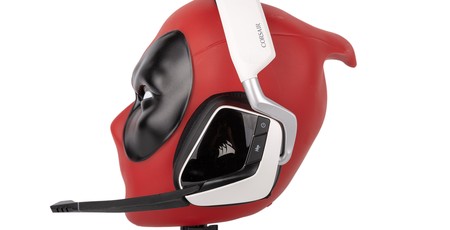 The Void RGB Elite Wireless remains an important part of Corsair’s headset offerings. With wireless connectivity, virtual surround sound, and RGB lighting, the headset has many feature boxes ticked from the get-go, so hopefully it also holds up to a closer inspection. 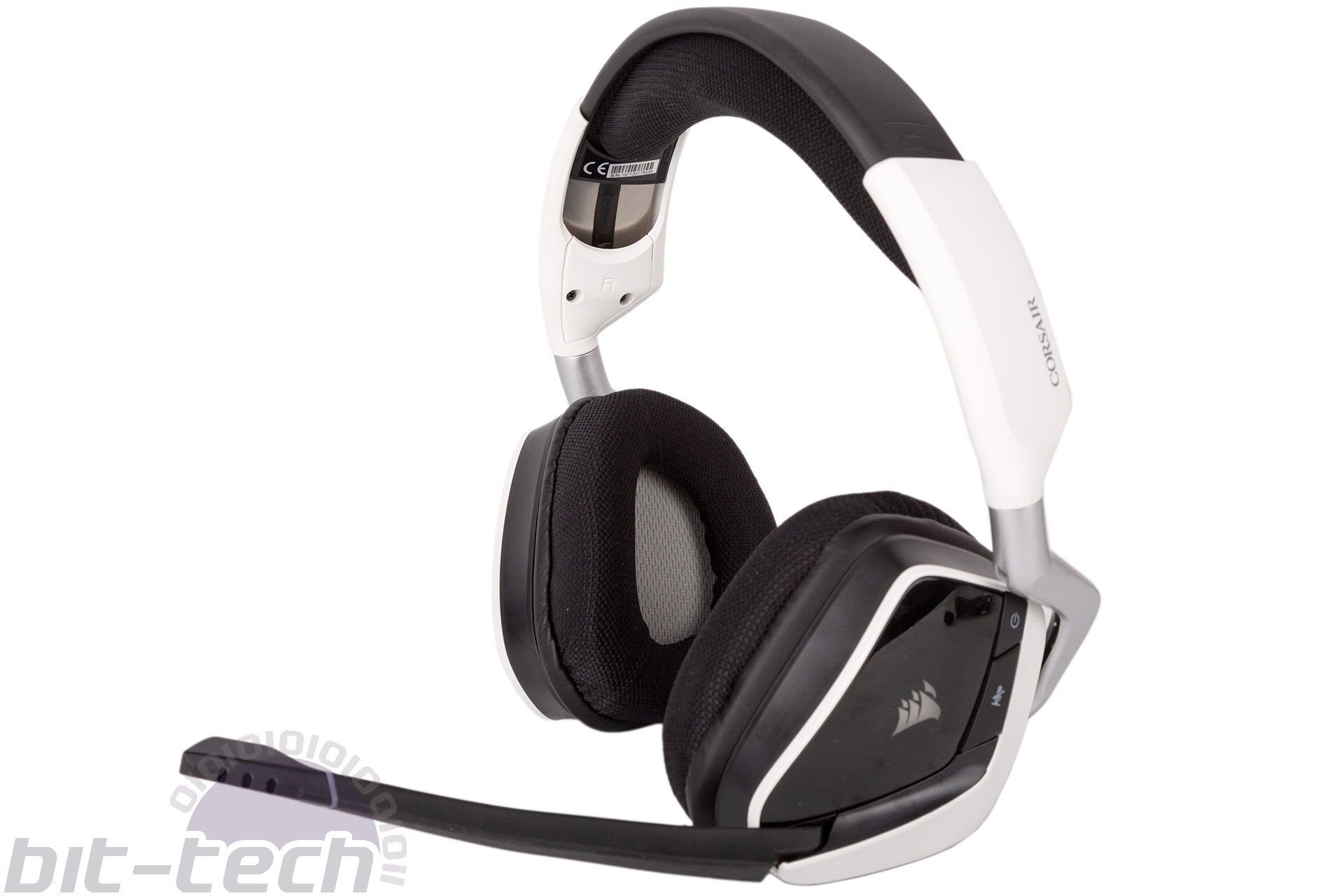 The headset is supplied with a 1.5m rubber charging cable (micro-USB to normal USB Type-A), the USB dongle that enables 2.4GHz wireless connectivity, and a basic pop filter for the non-detachable microphone. The setup is as simple as plugging in the dongle, waiting for the driver to quickly install, and switching on the headset – the two will then pair immediately, and I never perceived any latency.

This wireless headset has a claimed battery life of up to 16 hours, but that figure will come from optimal test settings, and if you leave the LEDs on, especially at full brightness, the battery depletes much faster. Similarly, the wireless range is a claimed 40 feet (around 12 metres), which will cover any realistic usage. In my testing, the headset has no obvious range issues if you’re in the same room. Put some walls between you and the dongle and the signal will degrade or cut off, but that’s nothing new and fully expected. 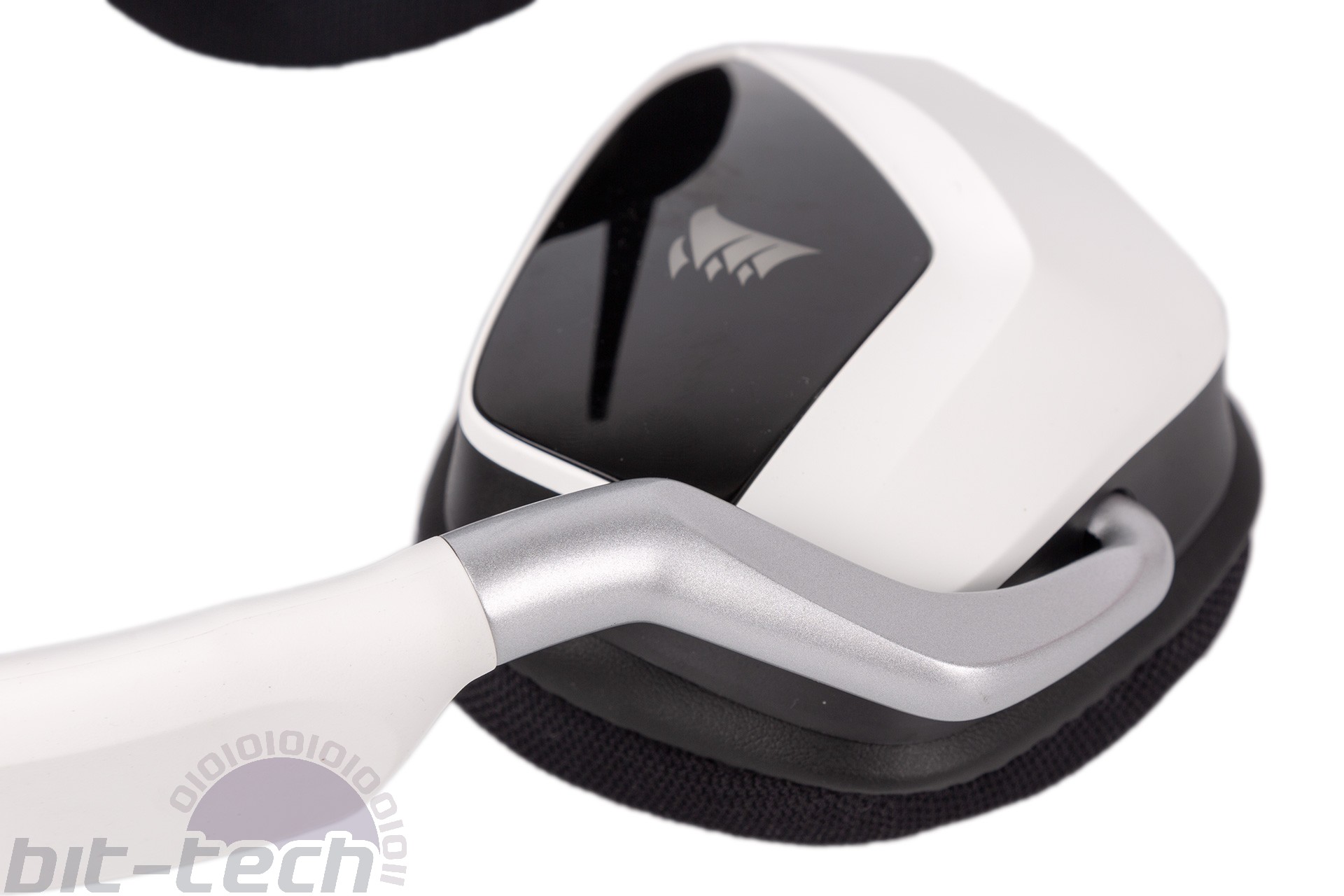 Offered in both white and carbon, the Void RGB Elite Wireless is fairly well constructed, and the aluminium yokes are a particular highlight. The matt finish on the plastic is nice to the touch and pleasingly non-reflective, though the same can’t be said for the glossy black sections on the ear cups. This is done to maximise the RGB lighting of the Corsair logo, but it is as much a fingerprint magnet as you’d expect. The white surface also won’t stay so white for long if you’re not careful and will show up scuffs and marks more obviously. 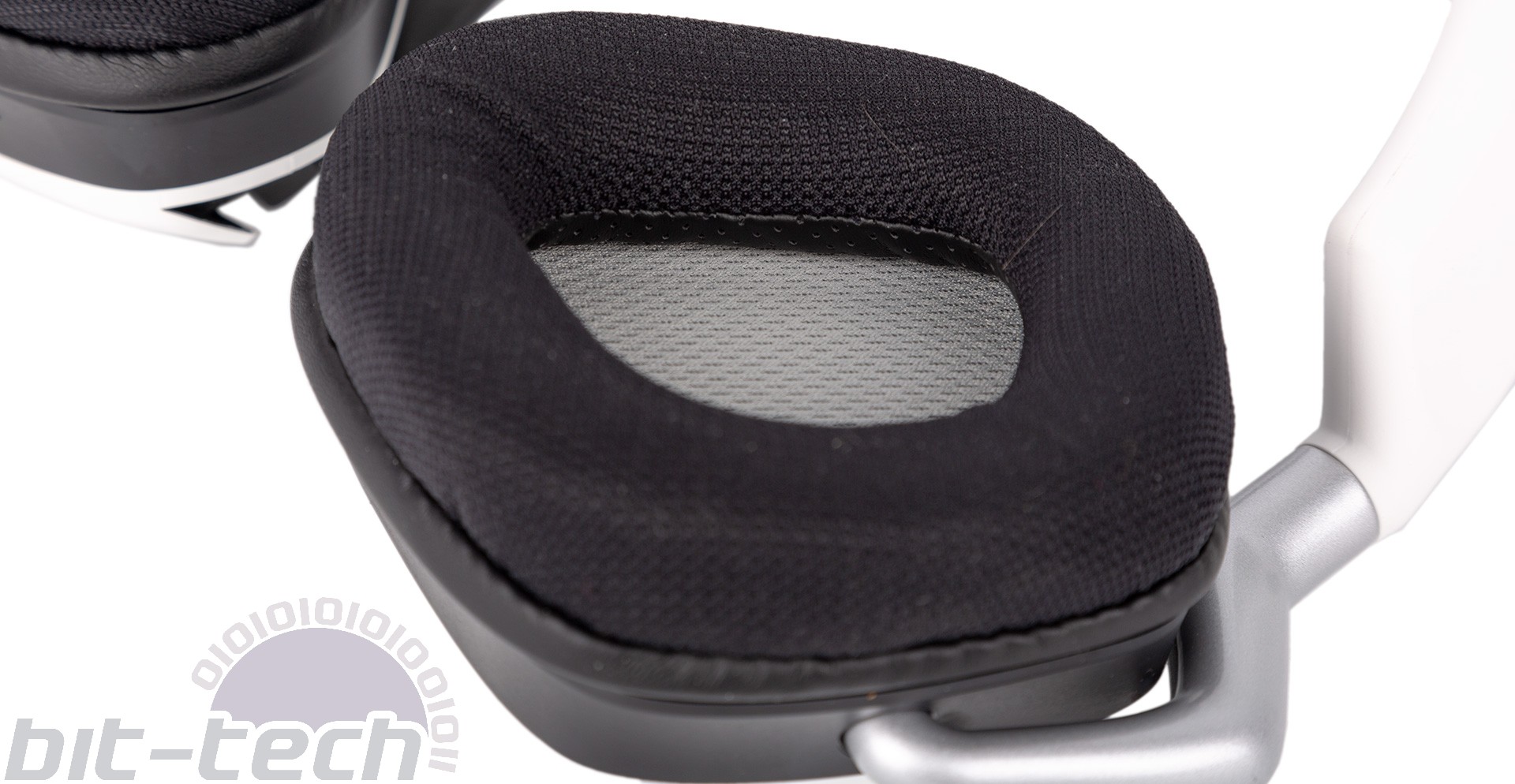 Corsair has been generous with the foam on both the headband and ear cups. The Void RGB Elite Wireless tips my scales at 389g, so it’s ~60g heavier than the HS70 Wireless but not overly heavy, and good padding is always appreciated for prolonged wearing and general comfort. In that regard, the headset holds up well; the main points of contact don’t cause any issues, and the microfibre mesh covering on the foam is both breathable and comfortable even in the long run. Corsair has opted for a loose clamping force, but you can tighten it up by adjusting the headband properly, which is easy to do. Still, if you prefer a tight fit it won’t be for you. 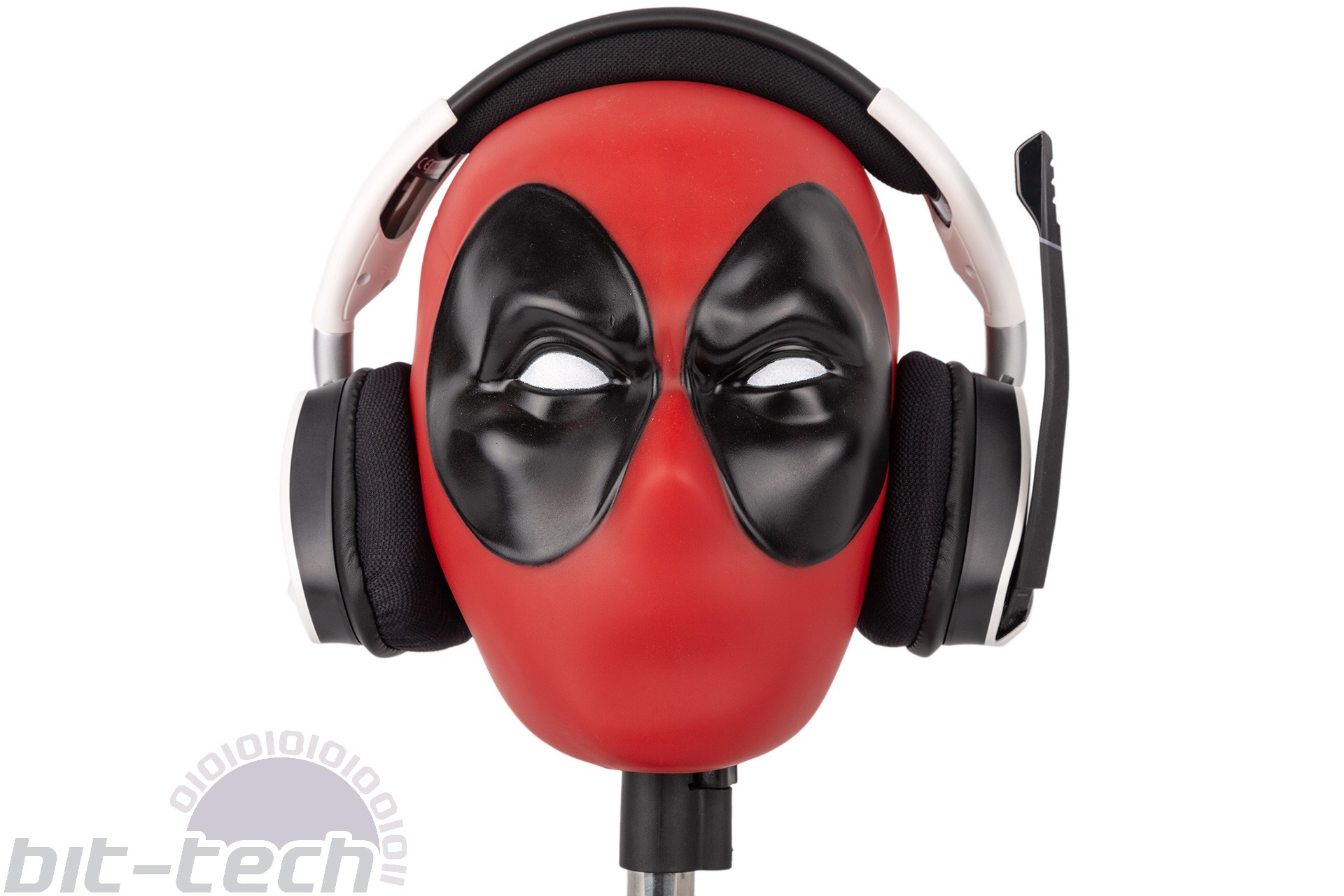 Buried inside the ear cups is a pair of 50mm neodymium drivers. Corsair claims they are custom-tuned but does not specify how. What really matters, of course, is how they perform in music, films, and games, and I’ll get to that shortly.

The Void RGB Elite Wireless headset is one of many that uses HRTF processing to manipulate audio signals based on positional data and achieve an imitation of surround sound through the stereo drivers. As always, some implementations are better than others, so we’ll see how well Corsair’s version holds up. It’s a feature only available for PC users; with a PS4 it’ll be a pure stereo experience. 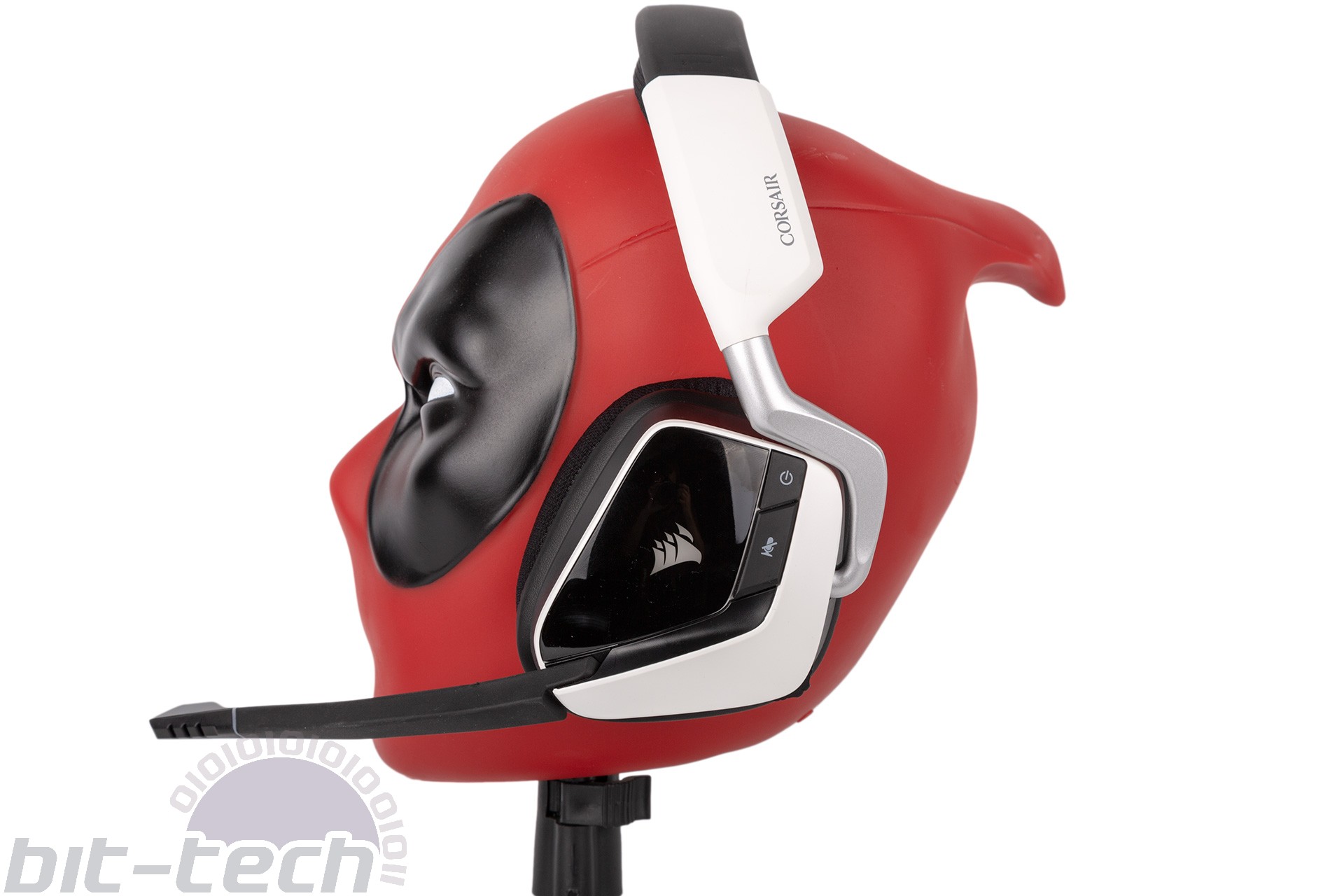 The omnidirectional microphone is fixed to the left ear cup and flips up and down, which automatically mutes and unmutes the microphone as appropriate. The rubber coated housing means it can also be moved closer or further from your mouth, and it’s good at staying where you set it. 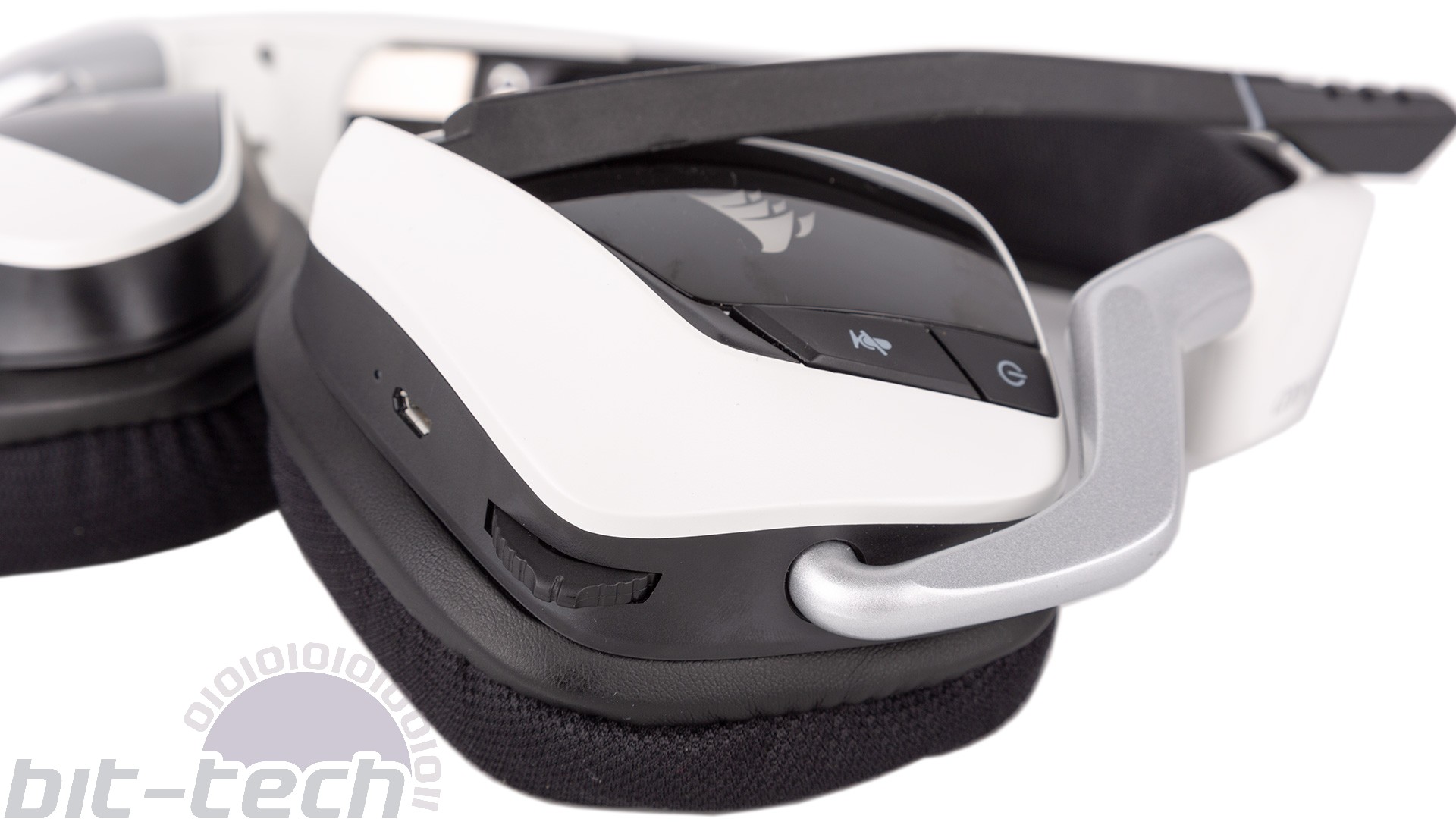 A multi-purpose rocker on the left ear cup gives you easy volume control, and it can also be pressed in. A quick press cycles through up to five EQ modes (either Corsair’s, your custom ones, or a mix), while a longer hold toggles the virtual surround sound on and off. Having a quick way to toggle surround is really handy, because it usually works well in some places but can be a hindrance in others. The headset also has handy audio cues for mic mute, surround on/off, and EQ mode – it’s a simple touch but one that really boosts the usability. Similarly, if you decide to mute the mic with it still in the down position, a handy red LED indicator will serve as a reminder without intruding too much into your visual field.

The power button on the outer surface of the ear cup is not intuitively placed; its texture and edges make it hard to distinguish when the headset is on your noggin, and the same is true for the dedicated mic mute button. To be honest, though, these are not buttons I found myself needing to use with any frequency, so it’s a non-issue. 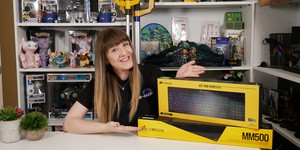 Wireless? But does it make it better? 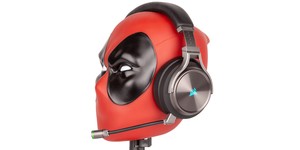