Both joysticks have 12 buttons, however, thanks to what is essentially a shift button, the FLY 5 doubles its button count to 24. It also has a scroll wheel located beneath its 8-way hat - perfect for trimming your aircraft.

The final area both joysticks have something to shout about is how adjustable they are. The T-Flight Hotas X sticks to traditional approach of being able to fine-tune the resistance of the stick itself, using a large dial underneath. It doesn't reach to amazingly stiff levels, however, and can be loosened up so far that the stick practically hangs to one side. Click to enlarge - T-Flight Hotas X
The FLY 5 takes a leaf from Cyborg's RAT series mice. The stick can extend and tilt using a hex key included with it to loosen off various nuts on the joystick. It does a very good job of being able to resize to your particular hands, but even then, the T-Flight Hotas X has the edge in terms of overall comfort. We aimed to have a direct comparison but the truth is that the T-Flight Hotas X and FLY 5 are two very different joysticks. The former is a solid effort that is more likely to suit those that 'fly' regularly and for longer periods. It's extremely comfortable, has plenty of features, but you'll need a large desk or other location to store it. It would also be good match with some rudder pedals as you can lock the stick twist, unlike the FLY 5.

The FLY 5 is better suited to casual flyers, not least of all because it can be stored in a small space when not in use. It's still comfortable, and if you regularly fly twin engine aircraft, its dual throttle control might persuade you to buy it anyway. It also has the most buttons out of the two, albeit using the shift key. It might be the best option for Battlefield players too as it can be quickly shoved away after a game to save space and the smaller throttle is an easier item to deal with if you're using it as the collective (up and down) in a helicopter.

Both joysticks represent great value for money at less than £40 and we've picked our favourites below for the casual flier and hardcore flight sim fan. 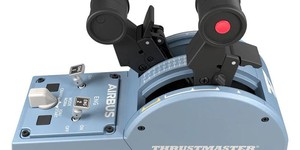 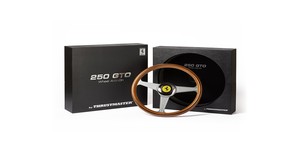 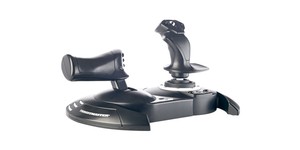