Both the XTD and the Pure feature what Roccat refers to as Click Master technology in their switches. In practical terms, both mice sport buttons that for the most part are neither too difficult nor too easy to press. The dpi adjustments buttons have more resistance than the others in both mice, but this is easy to get used to and stops them being pressed unintentionally as you reach the bottom of the wheel when scrolling, for example.

Another feature retained from the Kone+ for both of the new Kone mice is the Easyshift button. Acting like the keyboard shift key, it alters the function of the other buttons while it is pressed, and is thus a really good way of avoiding the insane number of buttons on mice like the Corsair Vengeance M90 while providing a high degree of functionality. It can be set to either of the thumb buttons, or it can be disabled altogether for those who prefer to retain the normal functionality of these keys. Click to enlarge
Once you've downloaded the Kone software from Roccat's website and opened it up, you'll be presented with so many options that it at first feels cluttered and overwhelming. After just a few minutes of use, however, it becomes clear that it's actually logically laid out, with separate tabs for various settings to do with sensitivity, lighting and more. The profile switching options at the bottom remain in place regardless of what tab is selected, and allow you to create, load and save profiles, five of which can be stored on your mouse at any one time. Profiles can also be tied so specific .exe files, allowing you to tailor either mouse to your favourite games.

As it features the same lighting as the Kone+, four LEDs light up the two strips along the sides of the XTD, and can be independently set to any of 33 colours, and configured to glow in certain patterns. The Pure features cooler lighting, in our opinion, as it's the Roccat logo itself that glows in the colour and pattern you select. The mouse permits you to set the logo lighting to any of 16.8 million colours (we counted). Click to enlarge - Roccat's software is well laid out and intuitive
Alongside the numerous lighting and sensitivity options are the settings which let you select what each button and its Easyshift equivalent do. Combined with the powerful macro editor and profile switching functionality, both the XTD and the Pure offer a higher degree of personalisation than most people will ever need, while keeping the form of the mice themselves relatively simple. Parts of the software delve into the realm of silly, such as the audio announcements when you change dpi (these can be disabled) and the achievements system whereby your clicks are tracked and counted for the purpose of unlocking trophies. Yes, really.

Once you've gone through the plethora of options for either mouse and fiddled with the sensitivity to suit you, you'll find that they're accurate trackers and thus a pleasure to use, although the lack of support for your ring and little fingers stops them from feeling like a natural extension of your hand. Whether in general desktop use, Photoshop or games, both the Kone XTD and Kone Pure are smooth and precise, and the easy-to-reach sensitivity adjustment buttons ensure you can easily adapt to situations that require speed over accuracy or vice versa.

Though the Kone Pure and Kone XTD are generally excellent little hand rodents, they both offer more features and customisation than most people will ever need from a mouse, and are therefore already niche products. Sadly for the XTD, its upgraded buttons and sensor address problems that were never there to begin with in the Kone+, and as such it utterly fails to justify its £15 price premium over the older model.

On the other hand, the Pure is priced closely to the Kone+, and offers almost identical features. While it's still expensive, then, it offers a viable alternative for the small collection of wealthy people who feel they need a mouse with such a high degree of functionality, but who prefer its smaller form over the Kone+ and Kone XTD. 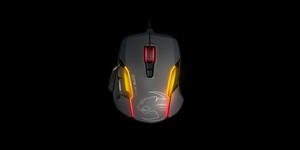