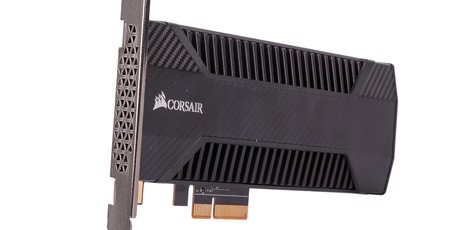 Corsair has long been a part of the SSD market, offering SandForce-based SATA SSDs back when solid-state storage was only just starting to make a real impact on enthusiasts. However, despite consumer-grade NVMe PCIe SSDs having been around for well over two years, Corsair only released its first one – the M.2 Force Series MP500 – at the end of 2016. Today, it's bringing another to market, this time in the half-height half-length (HHHL) PCIe x4 add-in card form factor: the Neutron Series NX500. 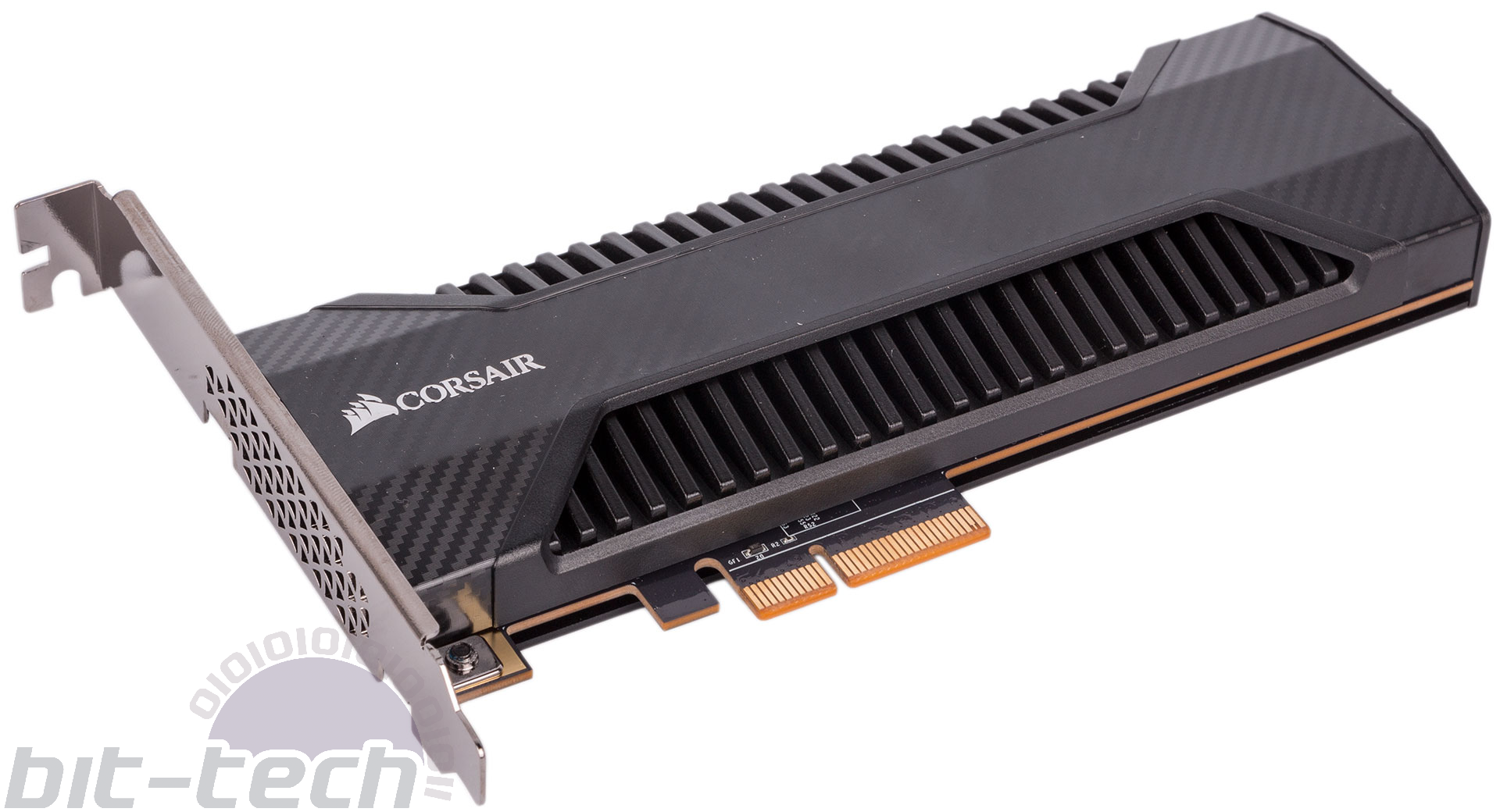 The NX500 comes in three capacities, although only the two lower ones are launching today. Pricing, availability, and final specifications for the 1.6TB model are still to be confirmed. Pricing for the 400GB and 800GB drives, meanwhile, seems to directly target the Intel 750 Series, with the 400GB that we're reviewing being very similar to Intel's offering at this capacity and the 800GB from Corsair undercutting Intel by £70 or so. 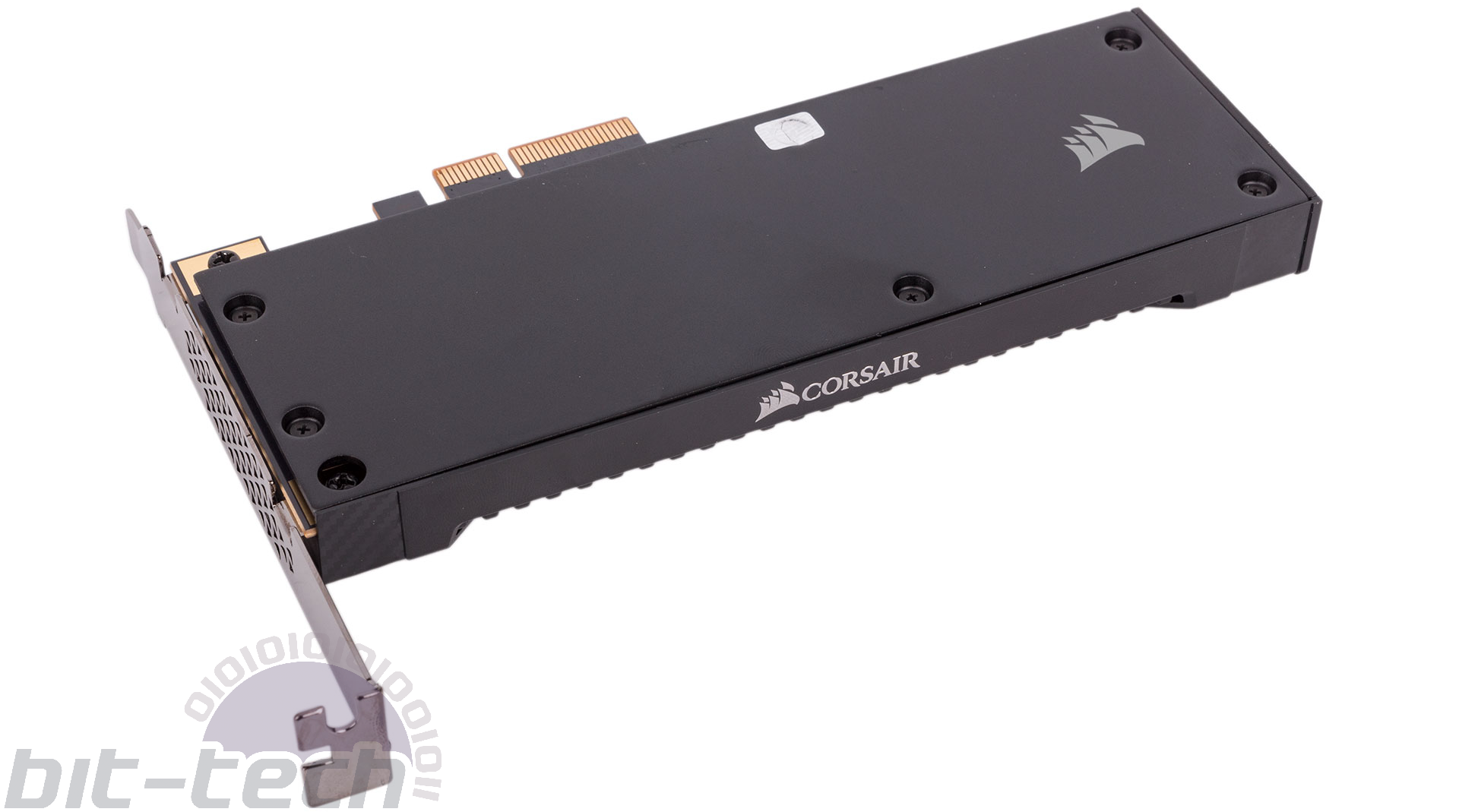 The form factor of choice means the NX500 can be used in systems without M.2 support or where available M.2 slots are already occupied, but you'll still need to ensure you have platform and OS support for NVMe (not a problem with modern hardware). More importantly, it allows Corsair to strap a heatsink and backplate to the PCB to help cool the hardware, which is critical for sustaining performance by avoiding thermal throttling. The drive is a black and dark grey affair, keeping it neutral, although there is a carbon fibre effect on the front fascia. There are no LEDs or other aesthetic points of note.

Corsair has opted for Toshiba's 15nm Toggle 2.0 MLC NAND for the NX500. Storing two bits per cell, MLC is faster and more durable than TLC (three bits per cell) but also more expensive, hence its use in premium drives such as this. Prying off the cooler and backplate, we see there are eight NAND packages – 64GiB per package for 512GiB of raw NAND capacity reduced to 400GB of usable capacity thanks to a high level of overprovisioning to aid wear-levelling, garbage collection, endurance, and so on. 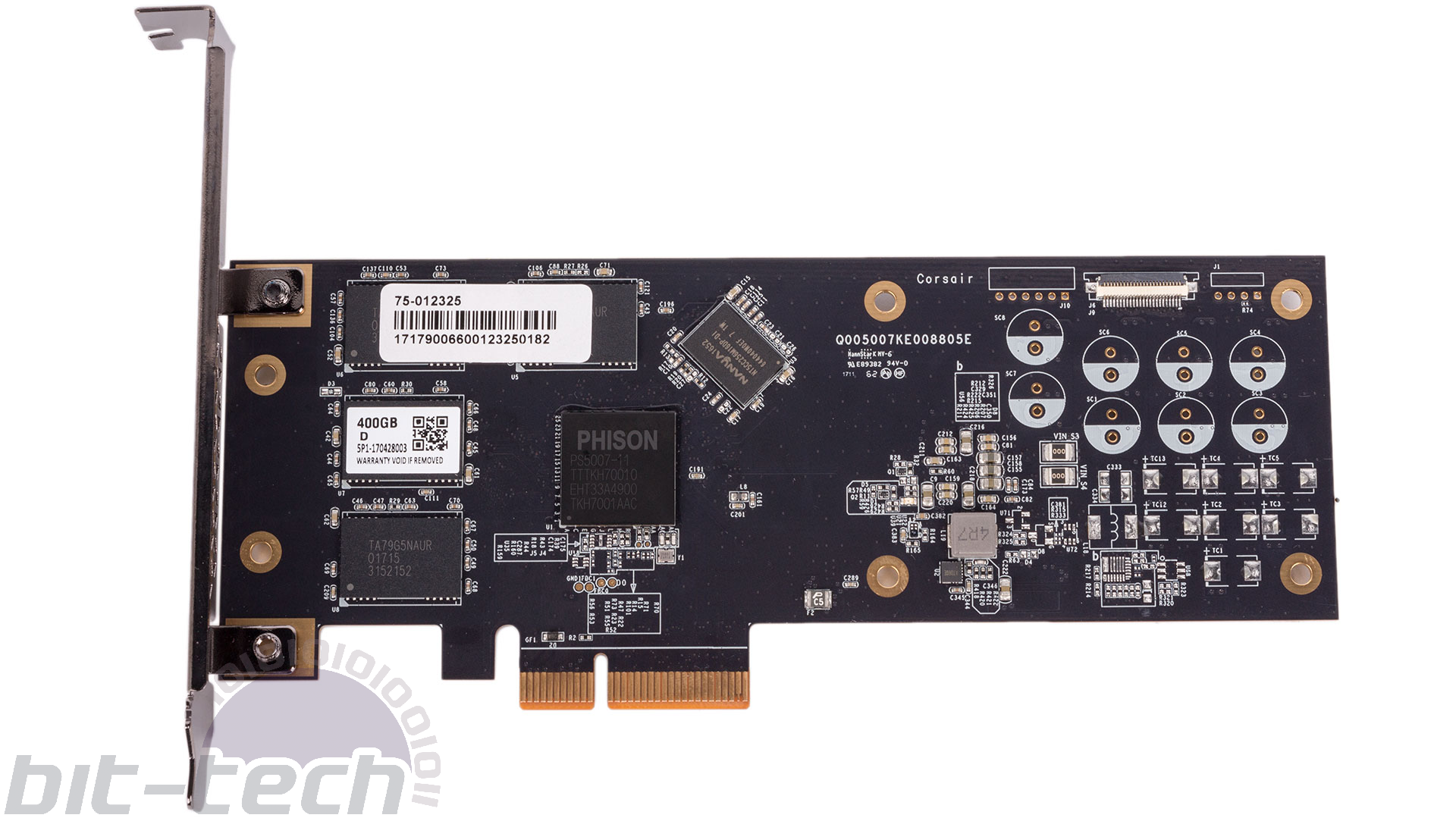 The eight-channel Phison PS5007-E7 controller is at the heart of the NX500 and is Phison's first NVMe controller for high-performance drives. It is coupled with 1,024MB of DDR3 cache for the NAND mapping table. The controller supports Phison's SmartFlush feature, said to minimise the time that data stays in cache in order to reduce data loss in the event of power failure, but it's not a full guarantee against loss.

Speed and endurance ratings are unsurprisingly high. There is also no advantage in speed in moving to the 800GB model, so the number of dies in the 400GB model is evidently enough to saturate the controller. The endurance rating of a massive 698 TBW means you can write a whopping 382GB/day for the entire five-year warranty period before you could start expecting NAND cell failures. 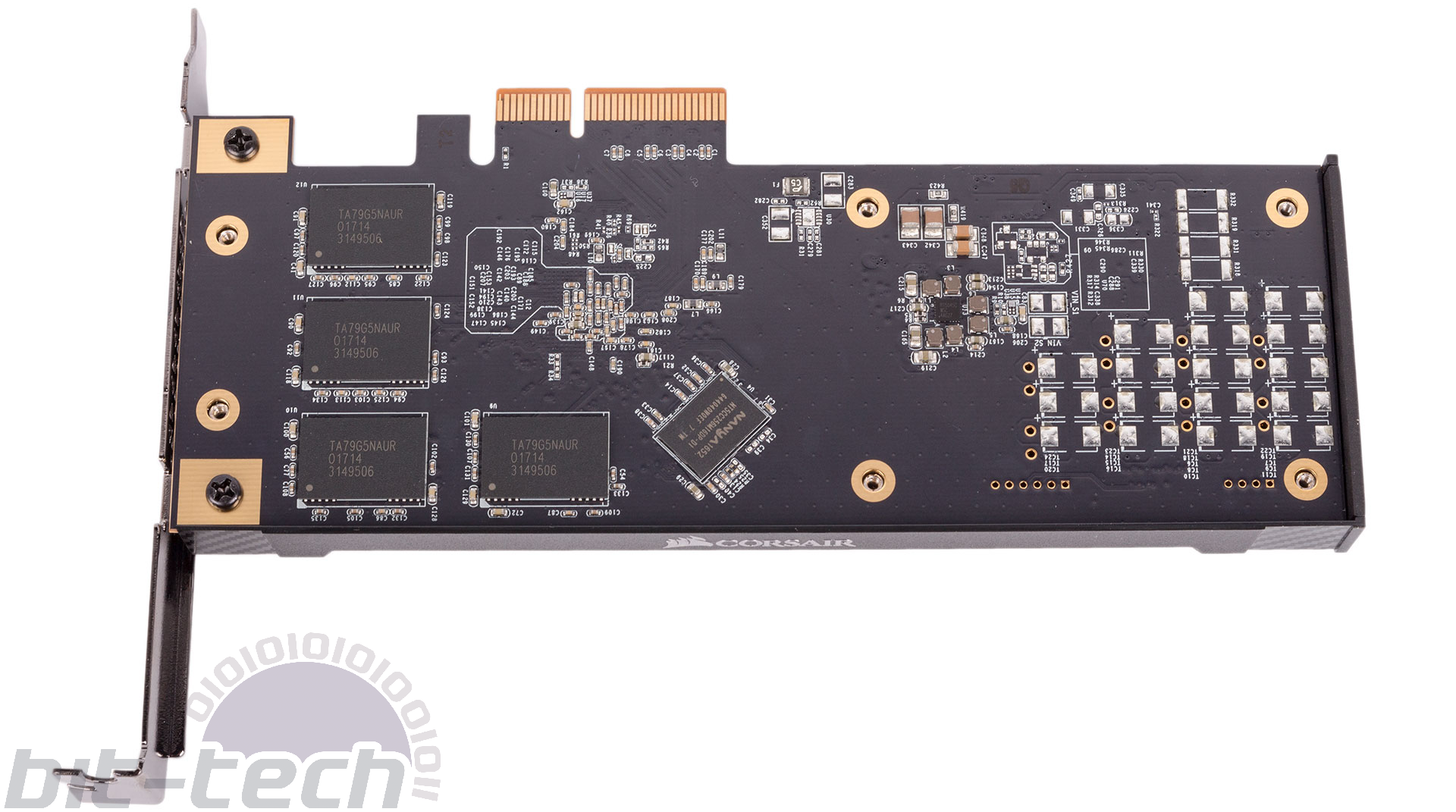 The NX500 is fully compatible with the Corsair SSD Toolbox software, which lets you monitor SMART data, configure overprovisioning, secure erase the SSD, update firmware, and so on. It's a bit simple in design but still functional.