Games I Own: Final Fantasy VII

Anyone who read the Tales of Vesperia review recently will know that I felt the game played a lot of like JRPG legend Final Fantasy VII. It would be true to say many of the Final Fantasy games since VII played a lot like it also, but I mentioned VII because it's the one most people have had a 99+ hour love affair with.
[break]
I remember when Final Fantasy VIII was released; I ran to the shop to buy it, got it home then promptly sat on and broke the disk which was on my bed. I immediately ran back to the shop to buy another copy and ran home to play it. Who says gaming isn’t good exercise? I got home, fired it up and my Playstation packed in after about 15 minutes. Sheesh. I went back to the shops, bought a new Playstation and ran home to play it. Now, FFVIII didn’t turn out to be all that hot. But my love for FFVII was so strong, (almost as strong as my love for running to the shops) that I spent the better part of £200 to play it as soon as possible.

There was something about the game world in FFVII which was so enchanting. The combo of beautifully rendered spell effects and contemporary-looking swords and guns was truly imagination capturing. The characters were flawed and believable - a bunch of rag-tag heroes from the slums who you could really identify with.

The materia combat system allowed you to build up your spells to obscene levels of power and created an incredibly deep and tactical turn-based combat system which was finished off by awesome animations. Epic end-game content was provided in the form of WEAPONs, huge monsters that could only be beaten by the most cunning combos of the most powerful materia in the game. There was a lot of incentive to keep on playing, and playing and playing. Every 18 months or so I find myself returning to FFVII, and about 18 months ago I bought a sealed copy of the game for the PC and played it through. Often going back and back and playing games from your past can be disappointing and while I’ll concede that I longed for it to properly fill my widescreen display, I enjoyed it every bit as much as I ever did. I bred a Golden Chocobo, collected all the materia in the game and spent hours messing around in the Golden Saucer. I just couldn’t be happier than I am engrossed in a good session of Final Fantasy VII. 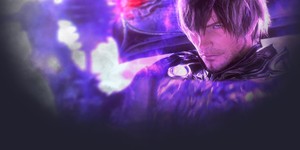