On launch, is DayZ still worth playing? 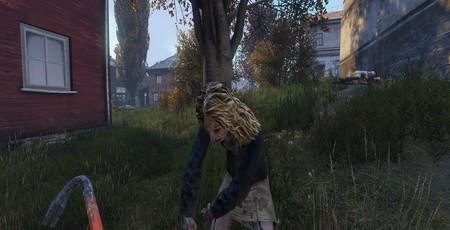 I was hoping to have a review ready of DayZ before the year’s end, but despite having put dozens of hours into the game across both the mod and the Early Access Alpha, I don’t feel comfortable reviewing this final version just yet. DayZ is such a disparate and unpredictable experience that you can go hours without seeing another player, while so much of what makes it interesting revolves around its community. It’s a bit like reviewing a bus, in that the quality of your overall experience depends largely on who’s on it. Even answering the question of, 'is DayZ worth playing today?' is tricky, as it depends so much on how you come to it. If you already own DayZ but haven’t played it for a while, the answer is unequivocally yes, because it is the best it has ever been. If you don’t already own the game and are thinking of investing in it, there are a lot of other factors to consider.

I can at least safely say that DayZ 1.0 is orders of magnitude better than the Early Access Alpha the game lingered in for so long. Bohemia Interactive has completely revamped the game’s engine, making the game look prettier and - crucially - play better too. Indeed, the most fundamental difference between launch DayZ and Alpha DayZ is how the game feels. From ArmA III to Take on Mars, Bohemia Interactive’s games have never been the slickest of experiences, and both the modded and Alpha versions of DayZ were no different from this. In both its variants the game was plagued by lumpen movement, treacly shooting, glitchy zombies, painful inventory management, and buildings that seemed to be made out of sponge. It was like playing a survival game through a veneer of tar.

By comparison, the release version is like a different game. Movement now feels smooth and natural, while animations are much more nuanced, with interactions like climbing ladders and ascending staircases represented accurately and effortlessly. Indeed, entering a building is no longer something you do with trepidation, worrying about whether you’ll get sucked into one of its surfaces. I don’t know what magic Bohemia has worked into the engine’s collision detection, but the whole game feels so much more solid than it used to. What’s more, Bohemia has made further changes since the beta which launched in August. One area of the game that still didn’t quite work was the zombies. Not only did they seem to be quite sparsely spread through towns, their AI was braindead even for the undead; they'd often refuse to attack unless you stood right behind them and did a little dance.

Now they’re much improved, more aggressive, and with keener eyes and ears. Fighting them hand to hand is still a bit flat, however. They react to being hit, and it’s even possible to break their legs so that they’re forced to crawl on the floor and gnash at your ankles. But there’s still a disconnect between swinging a weapon and it striking the zombie, which is unfortunate given how much undead bashing you have to do in the early game.

Nonetheless, the upshot of all this work is that DayZ is now fun to play at a basic level. Scouting out houses for food and equipment to survive no longer feels like you’re wading through a sea of treacle, while hiking between towns and villages is made much more enjoyable thanks to improved textures, lighting effects, and audio design. These improvements mean you can concentrate on the task at hand. Survival in DayZ remains as challenging as it has ever been. My most recent character spawned in complete darkness (DayZ’s nights are blacker than crude oil) resulting in a fraught half-hour stumbling from house to house, hoping to pick up a few supplies without bumping into zombies. I became pretty well equipped, picking up two guns and some army clothing with plenty of equipment space. It was all going swimmingly until a bust up with a zombie left me unwittingly bleeding to death, and I didn’t notice the wound until it was far, far too late.

DayZ also retains its ludicrous granularity. Drink the wrong kind of water and you’ll risk becoming ill, which will require not just medication to trea, but the right kind of medication to treat. Different types of clothing offer varying amounts of inventory space as well as differing levels of protection from the elements. There are systems for cooking, base building, even vehicle repair and construction. For a game that seems so simple at first, it is astonishingly complex. All told, it’s a good survival game, although the inventory is still a little fiddly, and you spend far too much time searching for water. I know drinking is very important. But it is possible for a person to go without a drink for half an hour and not die.

The bigger problem for DayZ is that where once it was this stunningly original concept today there are far better survival games on the market, from the terrifying The Forest to the enchanting Subnautica. DayZ also faces competition as a large-scale multiplayer game, with PlayerUnkown’s Battlegrounds, Fortnite, and Call of Duty all offering their own spin on “groups of people with guns wandering around a big map shooting one another”. All those games offer more intense action for less time investment, and one of them is free. That said, there is still an appeal to the longer-term survival of DayZ. In PUBG and Battlegrounds, you’re constantly on edge, and every encounter with another player ends in the same way. DayZ can match those games for tension and action, but within those moment are periods of blissful tranquillity. Even in its most tedious moments, DayZ’s landscape is stunningly beautiful in a way that none of the Battle Royale games ever come close to approaching. Many of my favourite moments have involved simply hiking through the forests, listening to the birdsong and the sound of my own footfall as I head to a new village to scavenge for supplies.

That’s the difference between DayZ and games like Battlegrounds. In Battlegrounds, you have to participate with the slaughter. It’s a game fundamentally about death. DayZ’s world might be be grim and dangerous, filled with bandits who will not only kill you but restrain you in handcuffs and force you to drink bleach. But if you’re careful and canny, it can be also game about life, about peace. That to me, is what makes DayZ an interesting experience still, despite its long and difficult Early Access, despite the fact that, in many way, the devs have yet to realise their vision. It’s a game in which you’re faced with hell, but from it you can build, if not heaven, than a haven.

Then, out of nowhere, a man appears behind you and murders you with a spanner. And with that the DayZ cycle begins anew.