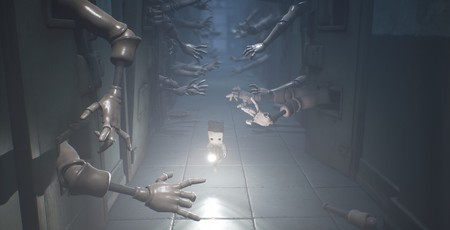 Prequels are a regularly maligned mode of storytelling, often justifiably so. Many prequels interpret the concept simply as a story told before the events of the game in question. But this isn’t enough to make a prequel worthwhile. A good prequel should be designed specifically to be experienced after the original game. It should provide us with an entirely new outlook on that story, altering our perception of the events we think we already understand. 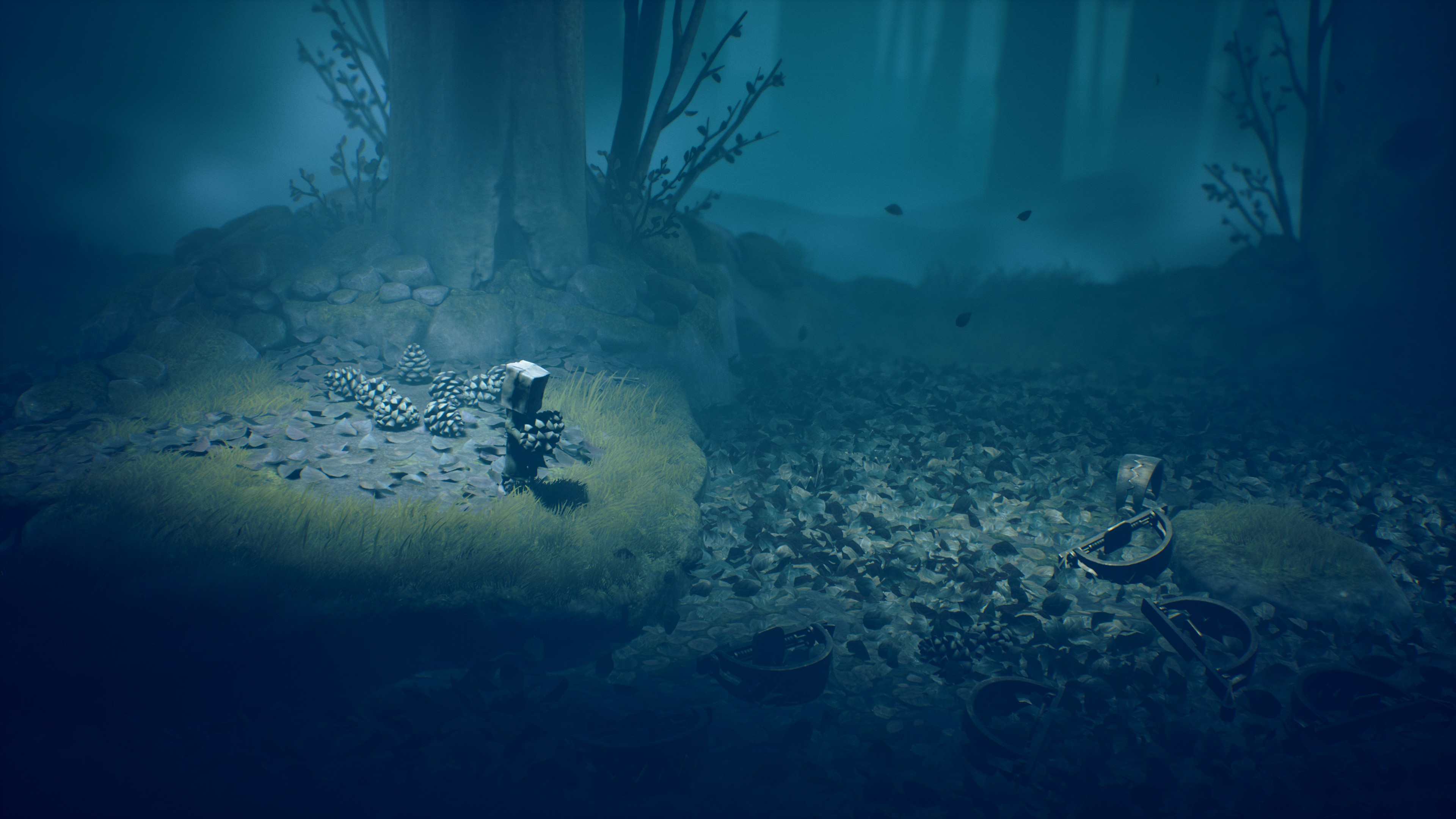 Little Nightmares 2 sees you play as a child named Mono (although as with the original, the game never mentions the character’s name). Wearing a paper bag over his head for reasons that are his own, Mono awakes in a dark and spooky forest littered with Limbo-style traps. He makes his way from left to right until he comes to a house, where he finds a little girl roughly his own age trapped in the basement. Freeing her, the two escape from the wood and make their way to a nearby city, where yet more creepy and dangerous challenges await. 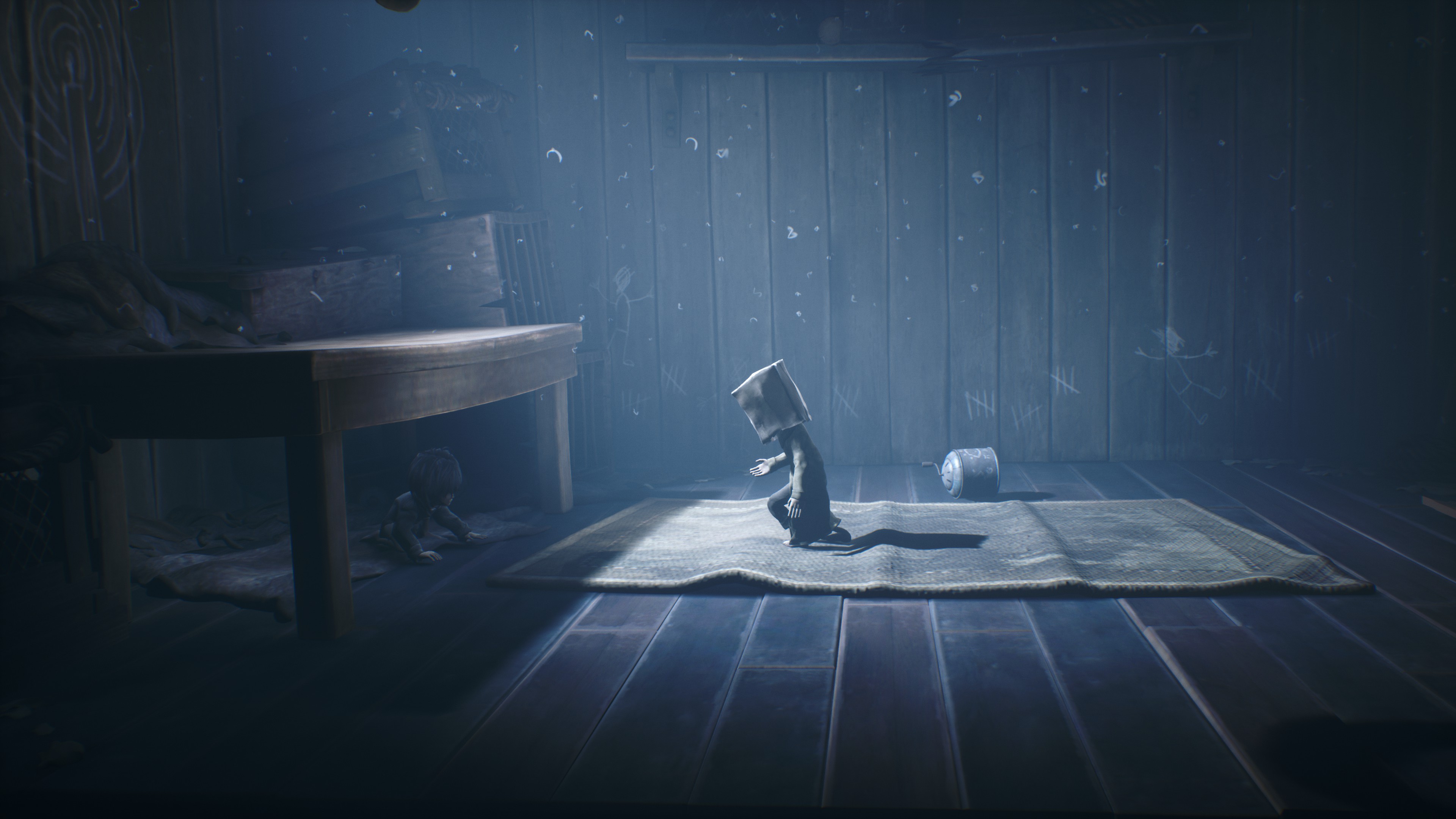 Like its predecessor, Little Nightmares 2 is heavily inspired by games like Limbo and Inside, although the second game adds a smattering of Ico as well. The mixture of light physics-based puzzling, tense stealth sections, and fraught chase sequences all make a return, only now you approach them with two characters instead of one. Mono’s spindly gal pal can help him out in various ways, such as boosting him over objects, and catching him on the far side of otherwise impossible jumps.

Beyond this, Little Nightmares 2 boasts many of the strengths of the first game, as well as most of its problems. To cover the latter first, mechanically Little Nightmares 2 is reluctant to tread beyond the path laid out by Limbo and Inside. Interactions are minimalist and highly specified. Aside from jumping, grabbing, and some limited combat, there are few underlying systems. When Little Nightmares does give you some extra rope, it’s primarily to hang yourself with, such as a sequence in which you’re given a torch, and almost immediately have to use it to stop enemies from strangling you in the dark. 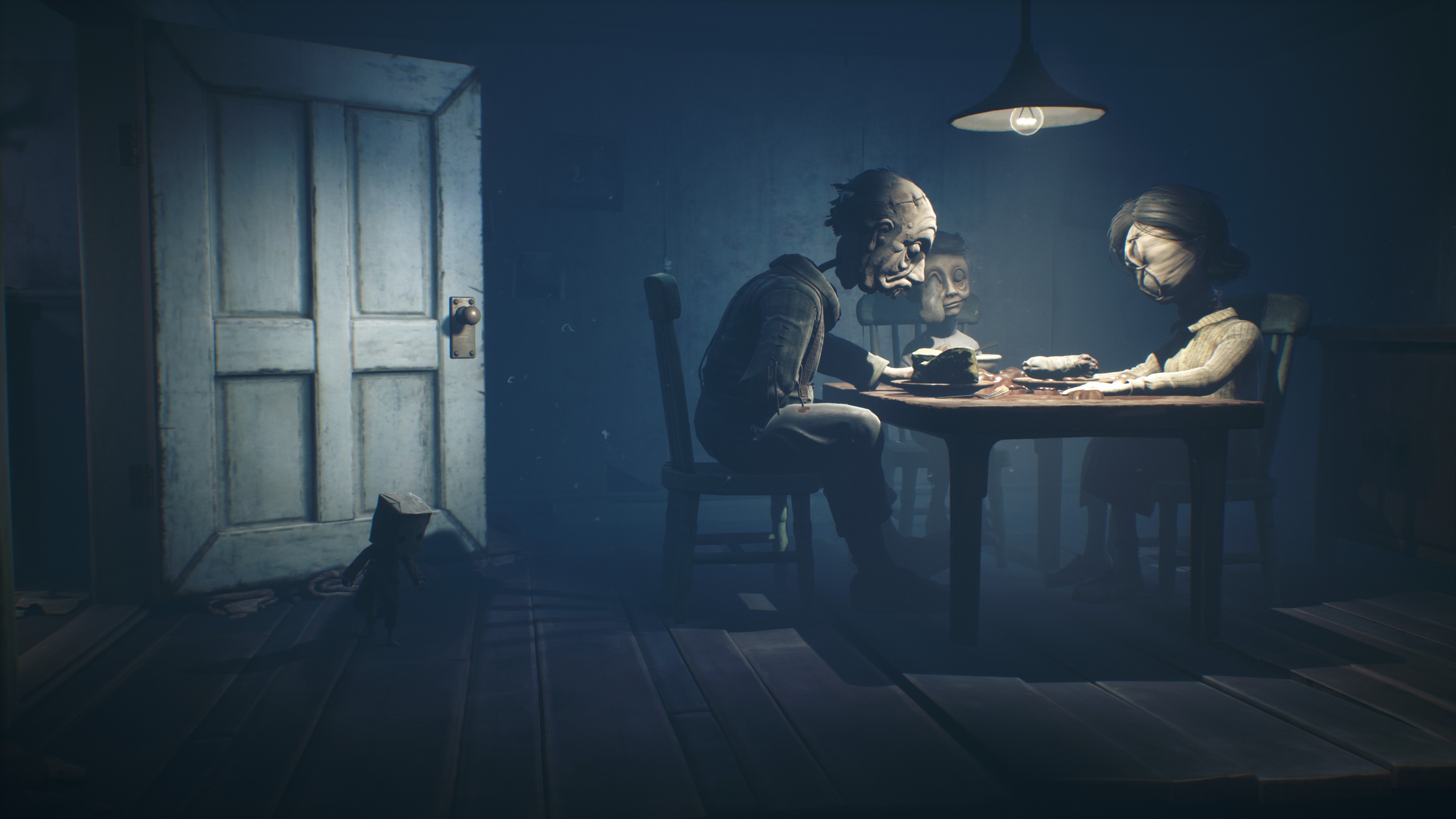 Despite the game’s simplicity, Little Nightmares 2 is surprisingly difficult to control. The combination of the physics-infused world and characters, alongside the fact that you can move around in three-dimensions, means it's easy to get stuck on world geometry, while mistimed jumps and misjudged landings are more likely to kill you than any of the world’s scuttering denizens. There were several apparently straightforward sections that ended up being incredibly frustration, while some of the more intense horror scenes quickly lose their power as you’re forced to repeat them over and over.

Yet while Tarsier’s approach to design causes multiple problems, the advantage of it is one of the most tangible virtual worlds ever devised. The Finnish studio has a real knack for imbuing realistic texture into its environments, effectively communicating how materials like wood, metal and ceramic look and feel through your screen. At one point, I spent a good couples of minutes admiring how the light glinted off an oversized toilet bowl, an activity I thought I’d left behind along with my twenties. 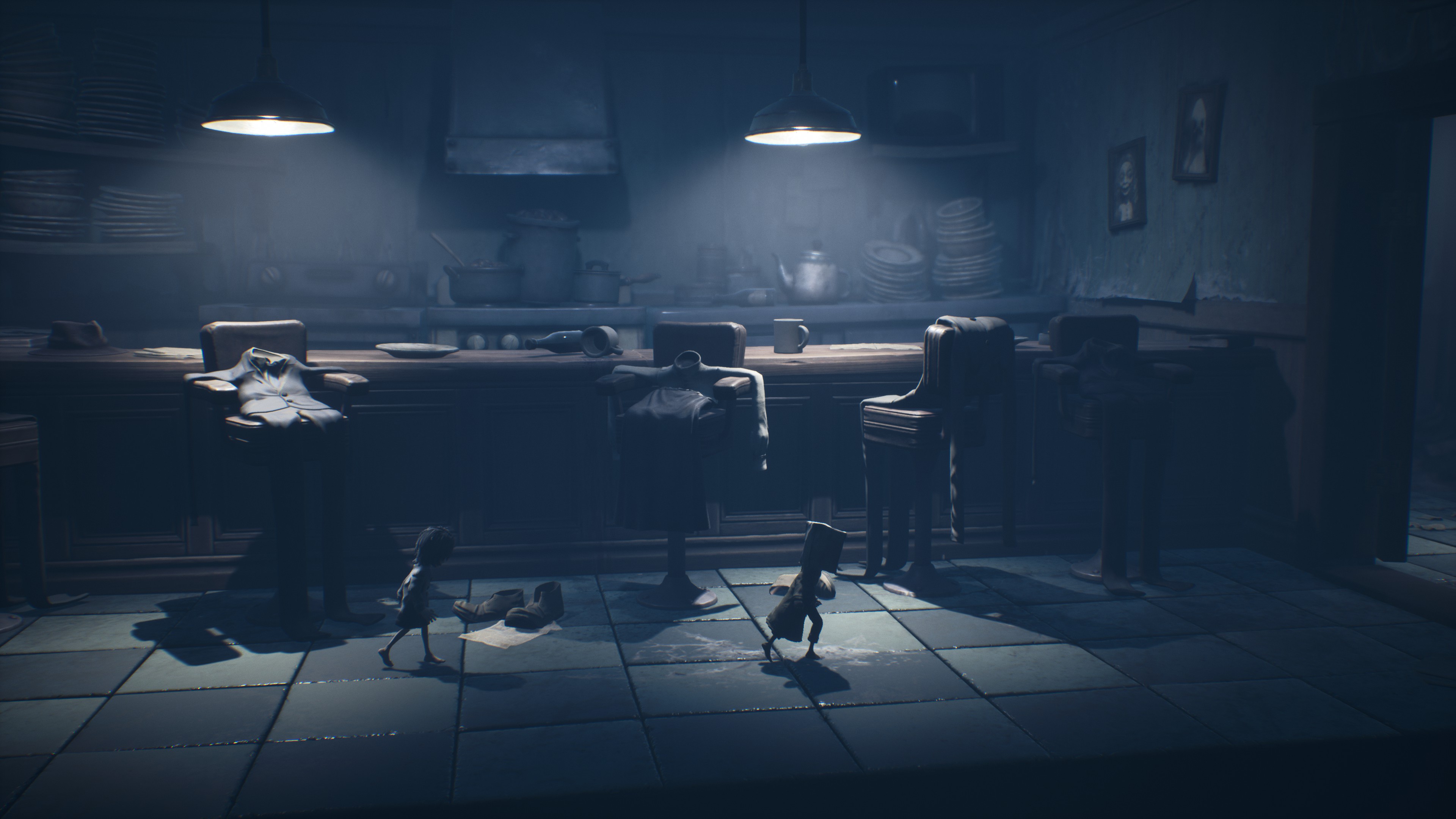 This attention to textural details helps make the unreal elements of Little Nightmares’ design all the more convincing. As with the original, I didn’t find Little Nightmares especially scary, but its expressionist world and grotesque character designs get under your skin more effectively than a hypodermic needle. I don’t want to say too much about these elements because doing so drifts into spoiler territory. But if, for example, you have bad memories of school or teachers, brace yourself going into the second act.

Thematically, Little Nightmares II is more disparate than its predecessor, which used gluttony as the foundation to build its horror upon. By comparison, Little Nightmares II is held together mainly by the companionship between Mono and his pal, which allows the environments and horror concepts to jump around a bit more. One theme that’s consistent through the game is television. TVs appear frequently in the game, acting varyingly as useful tools and a focal point for the horror. 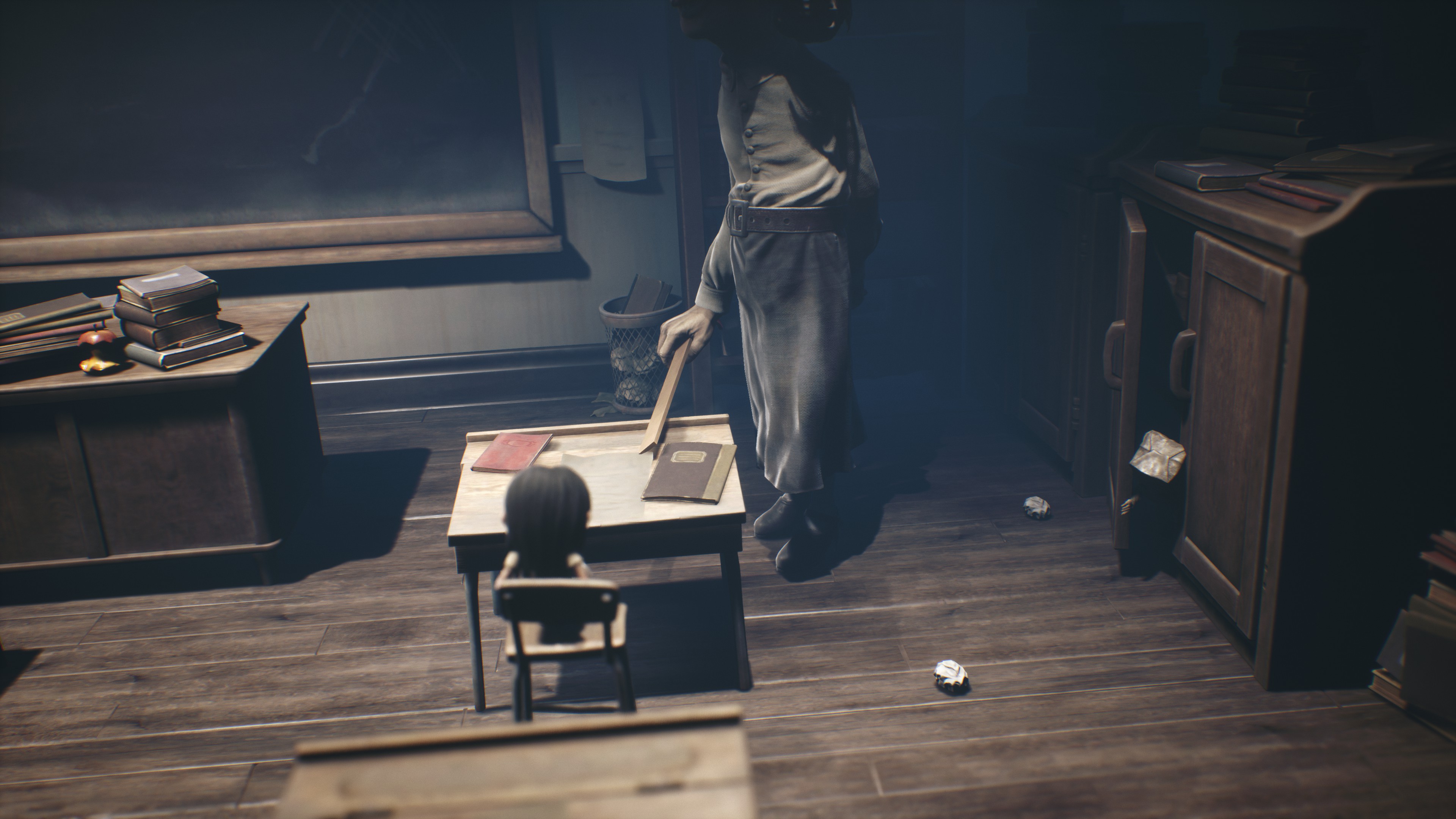 I often got the sense that Little Nightmares 2 has something to say, but I was never entirely sure what that was. Indeed, its approach to storytelling is subtle to the point of appearing superficial. But proclaiming it so would be to ignore how the game carefully and precisely builds the relationship between Mono and his friend. It would also be to ignore the game’s ending, which, without saying too much, is exceptional and helps elevate the game from being an overfamiliar follow-up.

I’d still like Tarsier to push themselves beyond the template established by Playdead, to do more with the superb worlds they create. That said, Little Nightmares 2 is worthy of a recommendation where the first game fell short. It shakes things up just enough to make it feel like an evolution of the original, and while it could do more address the first game’s problems, it is otherwise a fine example of how to do a prequel right. 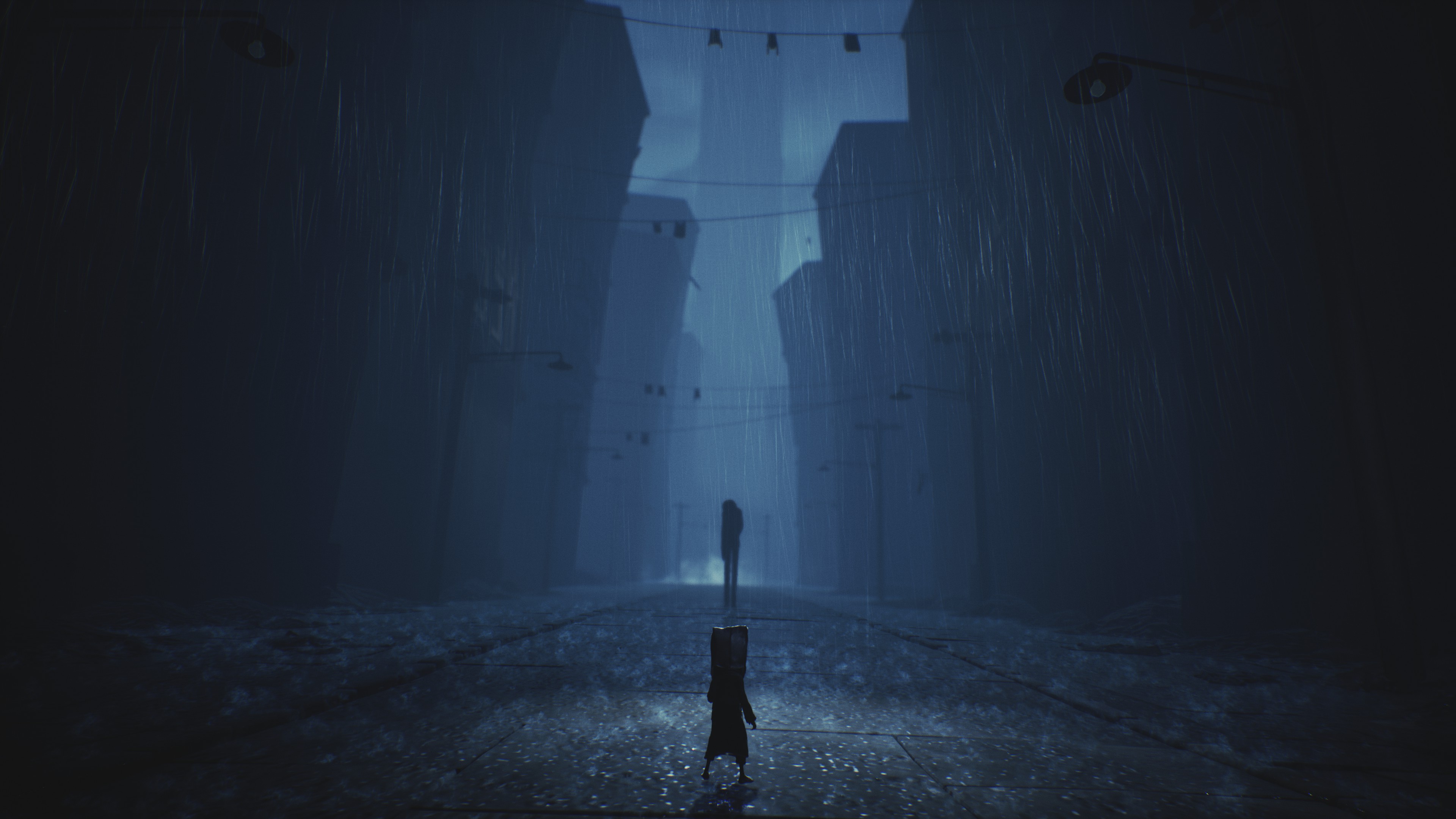