It's fair to say that I've fallen head over heals for machining over the last few years. Whilst I've always had an interest in the field from a very young age, everything changed the moment I picked up my first CNC router back in 2018.

Making the jump from outsourcing parts to being able to design and cut them entirely myself was one of the best experiences that I can remember. It's one of those feelings that's really rather challenging to describe, but picture it as similar to becoming a home owner or paying off the last of your student debt. It opened up the ability to prototype and experiment, those who've delved into 3D printing will no doubt be familiar with this sudden expansion of capability. Naturally though, with this new found freedom came the yearning to push just a little bit further. When purchasing your first CNC, it tends to be a case of vast compromises. The immediate limiting factor is definitely the monumental cost, had you mentioned the prospect of a CNC only 10 years ago, I would imagine that most would picture purely the industrial beast that run today's mechanised production lines. However, with every passing year, more and more affordable units come to market, CNC machining is now firmly in the grasp of an entire tranche of users who previously would have had to outsource, this is where I popped in. In my case I chose to go with a pre-assembled machine, a CNC Step S1000T, so that I could avoid the potential pitfalls of self-assembly. Over the last 3 years this machine has served me very well, not only did it allow me to create a number of projects that I'm incredibly proud of, but it introduced me to the world of CAM and machining at large.

So now, here I am, once again looking over the same cliff edge. Only this time it's a decidedly more industrial offering at hand. If you'd like to see how these parts below were made, then you'd best watch the video! 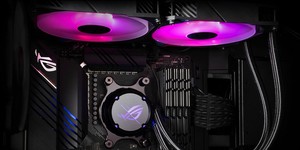 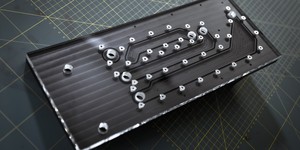 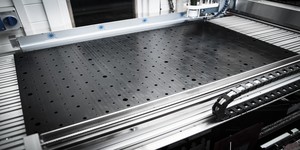 Alex puts in some long hours, and the results speak for themselves.