BioWare co-founders Ray Muzyka and Greg Zeschuk are set to retire from the developer after more than 20 years at the company and intend to leave the video game industry to pursue other fields.

Zeschuk will leave to spend more time with his family and work on a web-based interview show called The Beer Diaries and intends to work on other beer-related shows, apps and projects if the show is a success.

Muzyka will move on to the field of social entrepreneurship, which considers social goals alongside business profit goals with a motive to make a positive impact on society.

'I know there is so much potential for the video game industry right now, from the opportunity to bring fans more into the dialogue of what's being created, to really innovating with all the technology and art available, to creating genuine, emotionally engaging experiences which inspire and unite the world through play,' said Muzyka. 'I remain passionate about video games - they'll definitely remain one of my favourite hobbies.'

Both thanked their teams and publisher EA, which acquired the studio in 2008, for their support. The pair also both reported they had good experiences working with the publisher.

'Building Bioware over the years with Ray and the many other people invovled was a once in a lifetime opportunity and I'll cherish it always,' added Zeschuk. 'The deciison isn't without significant pain and regret, but it is also something I know I need to do for myself and my family. I've reached an unexpected point in my life where I no longer have the passion that I once did for the company, for the games and the challenge of creation.'

Zeschuk and Muzyka founded the company in 1995 along with Augustine Yip after graduating in medicine. The studio's first title, Shattered Steel, was funded by the trio's early successes in creating medical software, including a simulation of the digestive tract.

The studio has since made a name for itself with several distinctive RPG titles, including Neverwinter Nights, Jade Empire and Knights of the Old Republic. More recently, the studio has been working on the Mass Effect and Dragon Age series, the latter of which had its third instalment announced earlier this week.

In December last year, Bioware launched its first foray into the MMO space with Star Wars: The Old Republic, which will transition to a free-to-play model later this year. It is also currently working on other free-to-play titles including Command and Conquer and Ultima Forever. 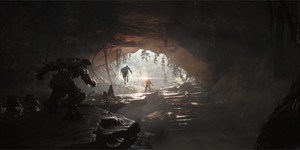