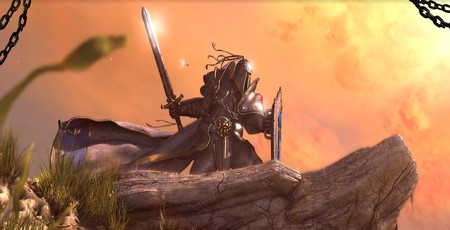 Developer Blizzard Entertainment has come over all nostalgic again, releasing the first major patch for its classic strategy title Warcraft III: Reign of Chaos in nearly a decade and a half ahead of an invitational event with some names familiar to fans of the game's competitive element.

Released back in 2002 as the penultimate entry in the history of Warcraft as a fantasy-themed real-time strategy (RTS) franchise - its official expansion pack, Warcraft III: The Frozen Throne, the final entry before the launch of World of Warcraft in 2004 took the franchise to its current massively multiplayer online (MMO) genre - Warcraft III: Reign of Chaos was a great send-off for the franchise with excellent reviews and over a million copies sold in the US alone. For the past 15 years, though, the game has lain dormant - until now.

'Over 15 years since the release of Reign of Chaos, Warcraft III has a new major patch coming and your favorite players are throwing the first Warcraft III Invitational to celebrate it,' Blizzard announced on the official company forum, following the release of a Public Test Realm (PTR) patch which adds balance adjustments, support for 24-player lobbies, clan support, and improved compatibility with 16:9 widescreen displays, among other changes to the base game. 'Hosted by casters Neo and Remo of Back2Warcraft, join us on February 27 and February 28 on Twitch for a slew of special events, including Free-for-All, 4v4's, and other friendly competitions. Well-known Warcraft III competitors from around the world will be getting together live at Blizzard HQ to showcase their talents in friendly competition!'

The PTR is available for all Warcraft III owners running the English-language release of the game, and marks the last release that will support Windows XP. Its release echoes Blizzard's surprise patch for its original sci-fi RTS StarCraft, made available for free to build hype for the launch of StarCraft Remastered - suggesting a Warcraft III Remastered release isn't off the cards.

The Warcraft III invitational will stream on the Back2Warcraft Twitch channel, Blizzard has confirmed.