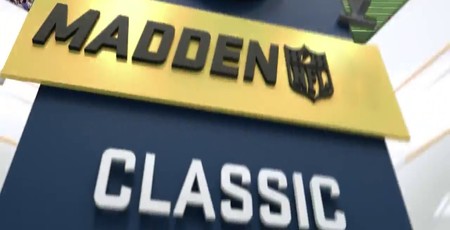 Electronic Arts has announced the launch of a Jacksonville Tribute, combining a fund for those who lost their lives during the fatal shooting at a Madden Classic qualifier event with a live-stream event to unite the community in their memory.

Two Madden gamers, Taylor Robertson and Elijah Clayton, lost their lives during a Madden Classic esports event in Jacksonville, Florida this past weekend when a competitor left the venue and returned with a firearm which he then used to open fire on the crowd. As well as the deaths of the two competitors and the gunman himself, 10 attendees were wounded in the attack. Game developer and publisher Electronic Arts, which organises the Madden EA Major esports competition but allows smaller venues to host their own qualifiers under licence, responded by cancelling the remaining qualifier events - and has now come up with a fully fitting tribute to those who lost their lives.

'The events last weekend in Jacksonville will impact the gaming community forever. We can't begin to understand the pain so many are going through, nor do we pretend to have all the answers that will help us through the healing process. But as is so often the case, our community inspires us. The way you are coming together, and the outpouring of support for all those affected by this tragedy, is incredibly uplifting. We want to join you,' the company explains in a post to the EA Sports website. 'So today, we’re establishing the Jacksonville Tribute.

'First, we're making a $1 million contribution to support the victims of last Sunday’s events. We're also working to set up a fund where others can contribute alongside our donation, and we will come back very soon with further details. Contributions will go to the victims, including the families of Taylor Robertson, Elijah Clayton, and all those who were affected. We would also like to help by bringing the gaming community together, and uniting in play, through the Jacksonville Tribute Livestream next Thursday, September 6. We’ve heard from so many of you that you would like to support the victims, and to show that this horrific event will not define us, but only serve to make our community stronger. We're already working with many of you to help make this happen through the livestream. We’ll share more details very soon.'