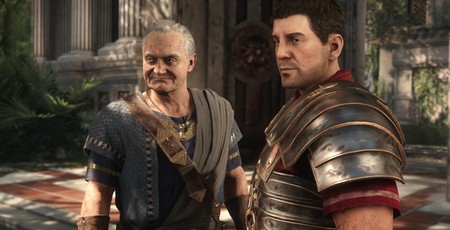 An early build of Crytek's Ryse: Son of Rome, which the company had once hoped would launch a brand-new franchise, has leaked - revealing a dramatically different game to the one the company would eventually release.

Originally announced as a flagship launch title for Microsoft's Xbox One console and Kinect sensor platform and first unveiled back in 2011, Ryse was not the unalloyed success for which developer Crytek had hoped. A deal to publish a sequel fell apart in 2014, and while the game was ported to PC its Roman-themed quick-time-event (QTE)-driven combat proved relatively unpopular on both platforms.

What the company launched, however, is not what it originally designed - and the acquisition of an Xbox 360 development kit on which Crytek had seemingly been working on the title has offered a glimpse into what could have been.

In a video released by Prototype Preservation and reproduced above, Codename: Kingdoms - the working title for what would become Ryse - is demonstrated in an early demo build that never saw a public release. Rather than the third-person perspective of the finished game, the title is instead presented in a first-person view - though the quick-time events that make up much of the title's gameplay are still very much present.

Crytek is bringing Xbox One exclusive Ryse: Son of Rome to the PC.

Ryse 2 is not happening following failed talks between Microsoft and Crytek.