Roman styled brawler Ryse will not be getting a sequel due to Crytek and Microsoft not being able to agree on terms.

Ryse was developed by Crytek and published by Microsoft as one of the Xbox One’s launch titles. According to Eurogamer, talks had taken place to ink a production deal for Ryse 2, but talks fell apart as Microsoft wanted to take control of the game’s IP and Crytek refused to let it go.

Microsoft had nothing to add about the future of the Ryse franchise and has not commented on the deal.

The cancellation of the Ryse 2 project has been linked to rumours that Crytek is currently experiencing significant financial troubles. Although the company has publicly denied these rumours, frequent claims are being made that it has missed wage payments and that large numbers of staff have been leaving the company for the last three months.

Development around Ryse was highly troubled. The game began life in 2010 as an Xbox 360 Kinect-controlled title but development shifted to an Xbox One regular controller-based launch title in 2011.

Crytek is one of the largest independent video game developers in the world and has made a point in the past of trying to control its own IP. During the THQ auction in 2012, Crytek bought the rights to Homefront as the studio had started work on the franchise’s sequel. 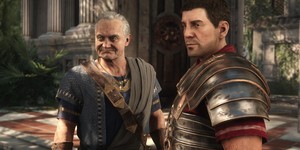 Crytek 'continuing on a downward spiral'