I'm not much of a driver and as a result I generally keep quiet around the office when everyone's weighing up the pros and cons of different types of engines. I even kept my contributions to ComputerKing's Mercedes Benz thread to a minimum. Now though, I find myself being inextricably being pulled into a discussion about cars - so bear with me.

Forza 2, which has already stirred the pot of controversy once, has been the subject of various whinges again recently. This time the problem is the recently announced downloadable content, which should be available today and will add four variations of the Japanese Twin Ring Moegi track.

And yes, four variations probably does just mean that it'll be the same road with varying degrees of wetness.

The problem is the price you see, which was originally announced as 600 Microsoft points for Xbox Live users. That translates to about $7.50 or £5.10 depending on where abouts on planet Earth you're standing.

The price caused an uproar straight away and fans were running around in circles and rightfully fretting over their pennies - £5 for one road, four times?!

Thankfully, Microsoft and Turn 10 kept their ears turned on and listened in to the whole furore. As a result, the price has now been dropped to 400 points - which is about $5.00 or £3.40. Much better, thank you.

Will you be picking up the new downloadable content, or do you think it's still too expensive? Let us know in the forums! 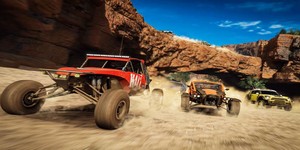 Contrary to rumours that Forza 3 will be shipping on two discs, sources at Turn 10 say this is not the case.