Atari, one of the oldest still-extant names in gaming, has become the latest tech company to file for Chapter 11 bankruptcy protection in the US.

Atari was founded in 1971 by entrepreneurs Nolan Bushnell and Ted Dabney, after they discovered that their original company name - Syzygy Engineering - had already been snaffled. Named for a move in Go, a game beloved by both, Atari would be responsible for the creation of the world's first arcade video game - a port of the Space War mainframe title dubbed Computer Space - but is perhaps best-known for Pong, a straight rip-off of the Tennis game that was proving a hit with buyers of the Magnavox Odyssey at the time. In Atari's defence, Magnavox had stolen the idea for Tennis from a mainframe game dubbed Tennis for Two.

Later, Atari - following some questionable business practices from Bushnell - would enter the home game market with the Video Computer System, later known as the Atari 2600. Acquired by Warner Communications in 1976 - a move that would see Bushnell ousted from the company he founded - the company would launch a more powerful video gaming systems alongside fully-functional home computers. The well-publicised video games crash of 1983, however, put paid to the company's expansion plans: with the bottom dropping out of the market, Warner Communications saw its stock price drop dramatically and sold the company to Jack Tramiel - founder of Atari rival Commodore, who had been ejected from his own company in a similar manner to Bushnell.

Buying the name as a replacement for the somewhat less catchy Tramiel Technologies, Jack Tramiel would use Atari to launch a series home computers with 32-bit processors - the Atari ST line - as a way to hit back at Commodore. As the home computer market slowed down, Tramiel's Atari would launch a pair of new home consoles and the Atari Lynx hand-held. The Atari Jaguar, claimed to be the world's first 64-bit home console, would launch in 1989 - but sales were poor, the system was difficult to program for and the controller, which featured an entire telephone keypad as well as the more usual buttons, confusing. Numerous lawsuits against Atari would see the company name being sold again - first to hard-drive maker JTS in the form of a merger, and then to Hasbro Interactive which was bought by games developer Infogrames in 2000.

Infogrames would rebrand itself as Atari - because, the likely apocryphal legend would have it, US clients and customers found themselves constantly misreading the French company's name as Infogames - which brings us to the present day: Atari is a wholly-owned subsidiary of Infogrames, with the latter company having purchased all rights to the name from its previously separate US subsidiary Infogrames NA in 2008. That, aside from a brief period that saw Nolan Bushnell return to the 'Atari' board in 2010, is the Atari story in brief - minus Bushnell's intervening founding of the still-successful line of family-friendly pizza parlours Chuck E. Cheese's.

Sadly, the Atari story does not end happily in Infogrames' hands: the company has been posting significant financial losses for the last few years, which have come to head in the form of Chapter 11 bankruptcy protection proceedings. The goal, a company spokesperson has explained to press, is to find the funds required to buy itself out of its ownership by Infogrames and become independent once more. 'With this move, the U.S.-based Atari operations seek to separate from the structural financial encumbrances of their French parent holding company, Atari S.A. (formerly Infogrames S.A.) and secure independent capital for future growth, primarily in the areas of digital and mobile games,' the company's statement reads.

The company is looking to find funding - which will buy investors the iconic Atari 'Mt. Fuji' logo and the rights to classic games including Pong, Asteroids, Missile Command, Tempest as well as more modern intellectual properties - to the tune of $5.25 million, much of which it owes to the BlueBay Asset Management Company.

Under Chapter 11 guidelines, the company will be forced to accept the highest buy-out offer it receives - even if such an offer would see the company broken up and its assets split between multiple buyers - but a team of possible investors led by Jim Wilson, the chief executive of Atari's US arm, is thought to be assembling with the hope of saving the company from the scrapheap yet again. 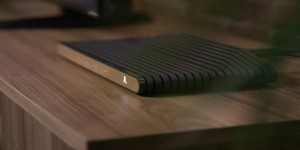 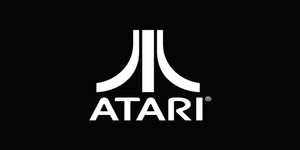 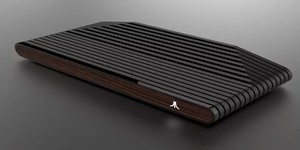 Quiet on specifications, though.