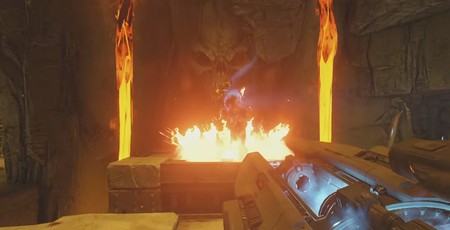 Bethesda has announced an update to its Doom reboot, bringing the version number to a devilish 6.66, unlocking all the multiplayer-related downloadable content for free, and adding a new multiplayer progression system - and it's discounting the game to boot.

Launched in May last year, Doom proved a well-received reboot of Bethesda subsidiary's Id Software's identically named first-person shooter (FPS) from 1993. Since its release, Bethesda has been working to keep things fresh with downloadable content - including adding the classic Doom free-for-all deathmatch mode so surprisingly missing at launch.

Doom Update 6.66 - jokingly referred to as 'The Ultimate Doom,' a reference to the so-named expansion to the original Doom which added the challenging Thy Flesh Consumed episode - is primarily focused on multiplayer gaming. It does away with the Doom Season Pass for its downloadable content in favour of unlocking all multiplayer DLC free of charge for all players, bringing nine additional maps, three additional weapons, three new player characters, new equipment, and new armour sets. Each of these will be made available to players upon installation of Doom 6.66, whether or not they've purchased them or the Season Pass previously.

The update also includes a ground-up overhaul of the multiplayer progression system - a feature missing from the more basic highest-score-wins 1993 Doom multiplayer experience and borrowed here from the success of FPS titles like Call of Duty. 'With this update, we’ve changed when and how players unlock additional guns, demons, equipment and all of the player and weapon customisation options,' explains Bethesda's Marty Stratton, Doom game director, in the company's official announcement. 'Instead of relying on the current random unlock system, everything now unlocks through specific levelling requirements and/or in-game challenges. Now, if there’s a specific helmet you want, you can work toward unlocking it by focusing your play style on the related challenge. We’re confident new and veteran players alike will enjoy the control and predictability in this new multiplayer progression system.'

The change will also, Stratton has explained, reset all players' levels to zero. 'Don’t panic, though – that’s just your level. All veteran players will have the option to completely reset their unlock progression items and experience the new progression system fresh, OR retain all of their existing guns, equipment, demons and customisation unlocks that they’ve acquired or purchased and then unlock the remaining items through the revised progression system. Regardless of whether you keep your gear or choose to re-earn it, we’re giving all veteran players a special badge recognising their previous experience in the game. For those elite few who have achieved the max Slayer level, we’ve designated a special Slayer badge for you.'

Other changes featured in the update include the replacement of the Hack Module System with a new Runes System based on the campaign mode, head-up display (HUD) improvements, and a new price that sees the game dropping to just £11.99 (inc. VAT) - including the aforementioned multiplayer DLC. If that weren't enough to tempt those who have not yet purchased the title, Bethesda has confirmed free weekends starting with Xbox One and PC gamers this weekend and PlayStation 4 users next weekend. 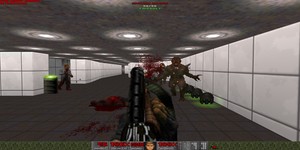 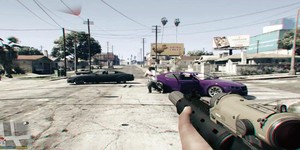