Developer DICE has officially delayed the beta of the PC version of Battlefield: Bad Company 2 until next year at the earliest, according to a post on the official site.

On the plus side, DICE's Gordon Van Dyke has claimed that the new beta build will have improved quality, stablity and features.

"With the huge success of the PS3 Beta we decided to drastically increase the PC Beta's capacity to insure as many people as possible could participate," Van Dyke wrote.

"Unfortunately this meant we had to delay the Beta to very early next year giving us more planning time to make it happen and implement more optimizations."

DICE has also been spent a lot of time talking about how the PC game will be an improvement over the console versions, with play count boosted from 24 to 32, advanced DirectX 10 and DirectX 11 support and Nvidia 3D Vision support. There'll also be dedicated servers and extra optimisations for squad play, plus "professional grade" servers for clans to hire out.

"Everyone gets non-stop action with no connection penalties based on some other player's internet," wrote Van Dyke.

If you don't understand the significance of that then you might want to take a glance at our Modern Warfare 2 review. Otherwise, let us know your thoughts in the forums. 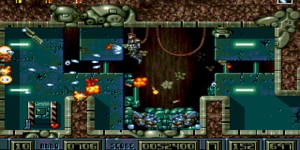 Medal of Honor reboot to use two engines

Developers have revealed that the upcoming Medal of Honor reboot will use separate engines for MP and SP.