Electronic Arts has announced a change to the terms and conditions for its Origin digital distribution service, and it brings an unexpected benefit to consumers: the ability to return a bad game for a full refund.

In the days when we used to actually trudge to the shops for a shiny plastic disc - or, even earlier, a disk or tape - it was common for stores to offer a no-quibble guarantee: if you didn't like the game, you had a period of time in which to return it for a full refund - or at the very least store credit. As publishers sought to fight piracy with single-use registration codes and the like, however, this fell by the wayside - and died more or less entirely when digital distribution came along.

EA, however, is bringing it back: the Origin Great Game Guarantee hearkens back to the good old days, providing a means for a buyer to receive a full refund if the title fails to live up to expectations. Under the terms of the guarantee, any EA full-game download for Windows or OS X purchased through Origin can be returned for a refund up to 24 hours after it is first played. Although this offer includes a small caveat - if you wait longer than a week to try your new game, you become ineligible for a refund - it's certainly a step in the right direction.

Origin isn't the first digital distribution service to offer such a policy, however. Google Play, which launched as the Android Market, initially allowed all apps to be returned for a refund in the first 24 hours after purchase, although this was later reduced to just 15 minutes.

EA has confirmed that the refund policy has no restrictions: as well as covering those who purchased a game only to find it won't run acceptably on entry-level hardware, buyers can request a refund simply because the game is no good. With many of those who pirate new-release games justifying their actions as try-before-you-buy - "if there was a demo, I'd download that," they claim - it's a move that could prove popular.

Those who wish to take advantage of the guarantee, which is detailed in full here, can simply click the 'Request a Refund' option in their order history. 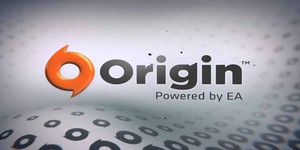