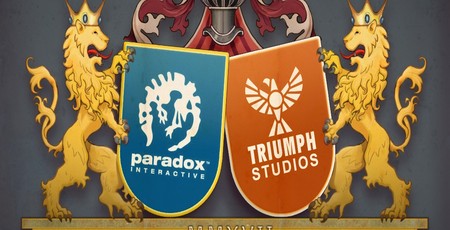 Triumph Studios, responsible for the Overlord and Age of Wonder franchises, has announced its acquisition by Paradox Interactive - but reassures fans that they will be retaining at least some level of independence.

Now, the Delft-based company has announced its acquisition by Swedish publisher Paradox Interactive. 'Throughout our history we have worked with varying degrees of independence, from full-on indie to close cooperation with publishers. After self-publishing Age of Wonders 3, which creatively and commercially turned out tremendously well, we realised that development – in close relation to our fans – is the thing that we care about most,' the company explained in a statement attributed to company founders Arno van Wingerden and Lennart Sas. 'Additionally, the games market is constantly evolving and we drew the conclusion that expanding our publishing efforts for the limited number of games we release would be inefficient.

'So we were super excited when Paradox proposed joining their family. As one of the world’s premier publishers – and developers – of strategy games, they really understand the type of games we make. The have specialised, highly skilled personnel to complement our activities: from marketing and PR, to QA, localisation and of course development itself. Many of us are huge fans of Paradox games, so we’re very much looking forward to sharing knowledge with their renowned Grand Strategy developers. As a development studio we will keep on flying our own flag, but with the help of Paradox and the continued support of you -our fans- we’ll be able to take our games to another level, and contribute to the continued development of a strategy powerhouse. We just can’t wait to reveal to you what we’ve been cooking up over the last two years.'

'Triumph Studios is a developer of our own heart,' added Paradox chief executive Fredrik Wester. 'They are world-leading within their niche and have built a large and dedicated community over the years, counting quite a few Paradox employees among their hardcore fans. We have great faith in Lennart, Arno and the Triumph team, and our main focus now is to ensure that they can continue to create their magic under new ownership.'

Financial terms of the deal have not been disclosed.

Twice the cities! Twice the motion!