Fans of classic game developer Cinemaware, known for its Amiga and Atari titles including the Defender of the Crown and It Came from the Desert franchises, may have reason to rejoice: rights to the company's intellectual property have been picked up by Starbreeze.

Cinamaware was one of the major developers of the Amiga era, releasing games which scored it not-inconsiderable space on most gamers' shelves at the time. As with many of its contemporaries, however, the company failed to keep up with the rapid pace of development and the shift to IBM compatibles and CD-ROM-based multimedia, and as the sun set on the Amiga so too did it cast its red rays over Cinemaware: by 1991 the company had closed its doors, largely thanks to budget overrun and feature-creep with ports of SDI.

While the company struggled back to its feet in 2000, it failed to recapture its glory days with the brand eventually being sold to eGames in 2005 where it went into hibernation - until now. Starbreeze has announced it has acquired the rights to the Cinemaware name and its IP, including the classic franchises for which it is known, and is looking to launch virtual reality titles for its StarVR platform based on Cinemaware's IP.

The titles included in the deal are: Defender of the Crown, Wings, The King of Chicago, Sinbad and the Throne of the Falcon, Lords of the Rising Sun, Rocket Ranger, It Came from the Desert and its sequel Antheads, SDI, and the TV Sports titles Basketball, Baseball, Boxing, Football, and Hockey.

'Defender of the Crown is one of the games that made me and many others at Starbreeze go into the gaming industry all those years ago. For many, Cinemaware set the bar for fun and immersive gaming in the Atari and Amiga era. For us, as a developer, it will be a pleasure to re-energise and bring these great brands into the new era of VR and other platforms,' claimed Starbreeze chief executive Bo Andersson Klint of the deal. 'The classic Cinemaware games are concepts that still in this day are epic imaginations. We will make them excel in excellent VR-experiences at our location based IMAX centers.' 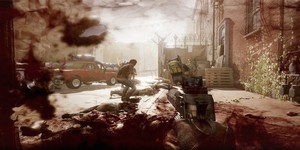 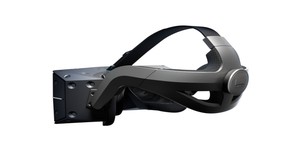