Playground favourite Pokémon, the Trading Card Game, has made the leap from physical to digital and been ported to the iPad.

The digital version of the game has been available for PC and Mac for a while and has also been available online since 2011, but this free download marks the first iOS title for the Pokémon Company. It is available in the UK and US from this week.

The iPad version is also compatible with the other PC and Mac versions, allowing players to move their digital card collection between devices. Card collections are bolstered by inputting the codes from physical booster packs and by buying digital cards through the app.

New players can also start playing with four free themed decks on the digital version, so new anyone without any real Pokémon cards will still be able to give the game a shot.

’We want to provide players with various access points to play and enjoy the Pokémon TCG, whether it’s the traditional tabletop game, PC and Mac version, or the iPad and iPad Mini app,’ said Pokémon Company director of consumer marketing J. C. Smith. ’The iPad version of the Pokémon TCG Online makes it even easier for fans to pick up the game and begin playing immediately.’

Pokémon is following in the footsteps of Hearthstone, which successfully released an iPad version of its game earlier this year which quickly became the most downloaded app in multiple markets. 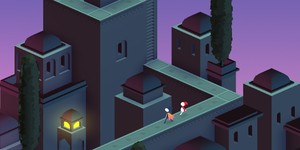 The iOS puzzle game that kept Jake sane through Dreamhack.