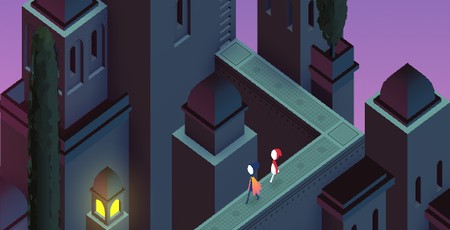 I was at esports and LAN event Dreamhack in Jönköping, Sweden this past weekend. Getting there was a nightmare, with delayed flights, broken-down trains, and a 6am start. I'm a games journalist. 6am starts are not just tough; they're traumatic.

Through it all, I stayed largely affable, and I credit it all to Ustwo Games' Monument Valley 2. The iOS sequel to its 2014 puzzle game plays it safe and doesn't reinvent any wheels, but it's still a competent puzzle game that'll charm its way from your iDevice to your heart. 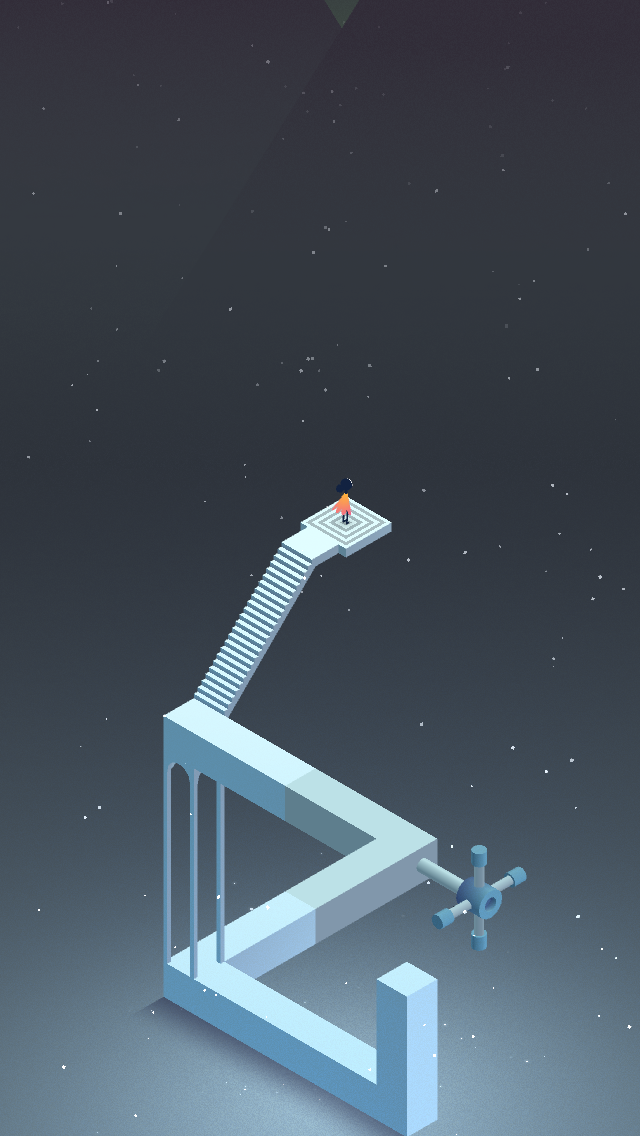 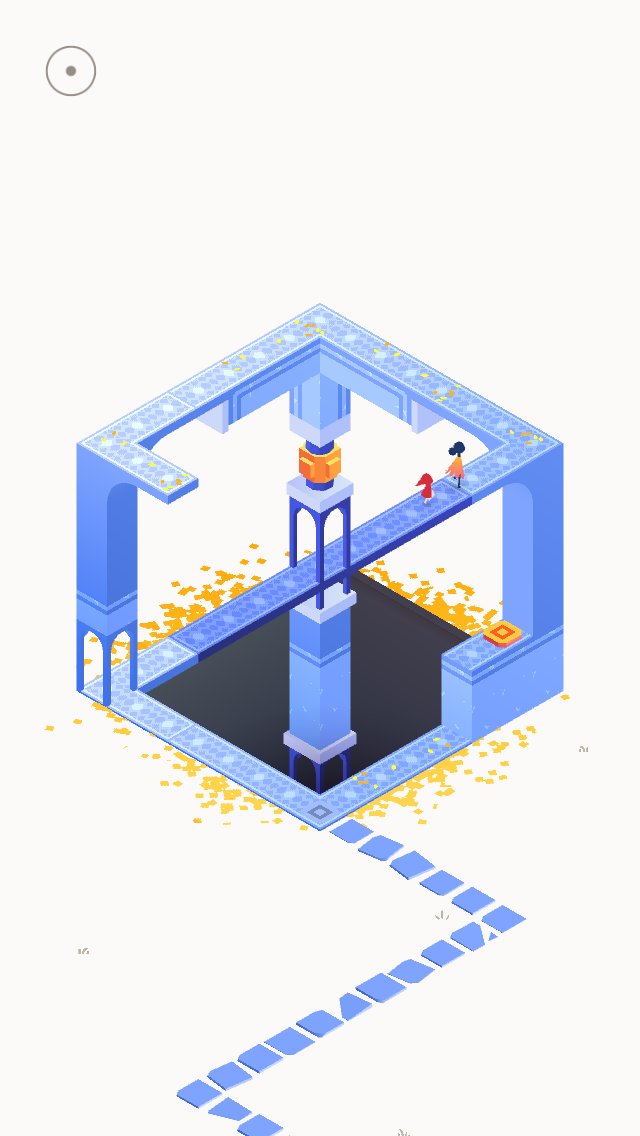 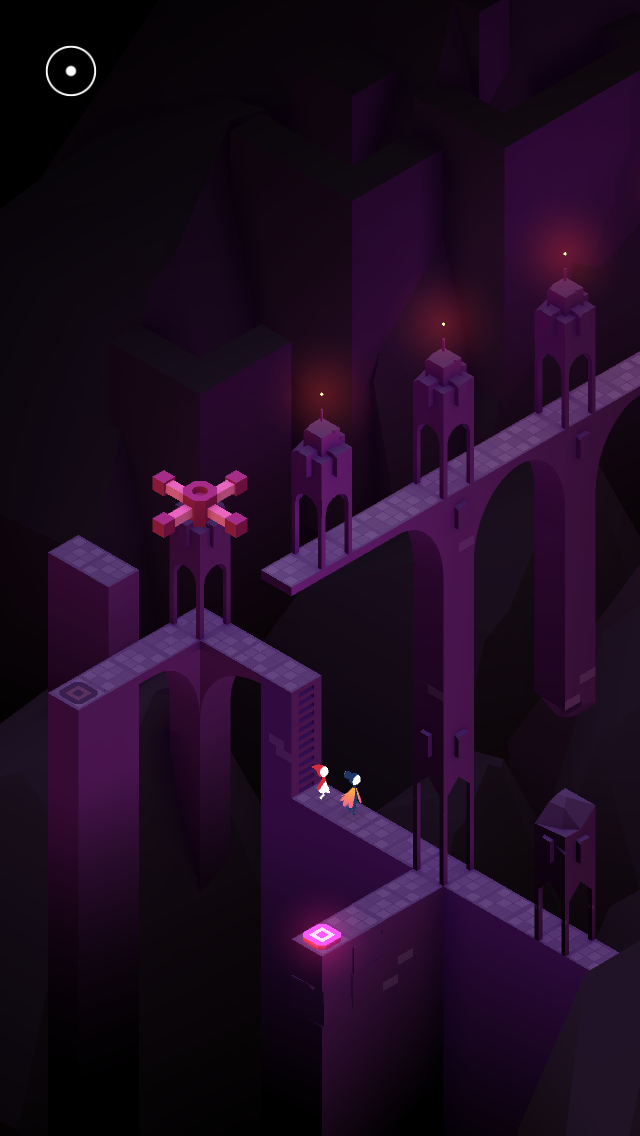 There are several moments of wonder here: a room full of windows and blinds that can be shuffled and adjusted to grow and shrink plants. These, like everything else in Monument Valley 2, become essential to solve a string of puzzles, and the vivid plant life against the black room is a moment that's stayed with me. So too did a scene where mother and daughter separate, with daughter departing on a sailboat, barely tall enough to see over the bow of the tiny vessel as it leaves the shore, and the mother, left behind.

Monument Valley 2 is full of moments like this, even if the impact of them is slightly dulled by the game feeling instantly familiar to its predecessor. The graphics here are more vibrant colours and less pastel, while the puzzles largely seem to lack the head-scratching frustration and following brute force attempts as you try to suss out the whole valley full of monuments, but it's still a game largely without surprises.

One aspect I was happy to be surprised by was the game's story. You're mostly here for the puzzles, and the game holds your hand lightly, only occasionally interrupting you with dialogue sequences, many of them only hinting at what's happening. Largely, you're watching a mother and daughter adapt to each other but also to their own place in the world. 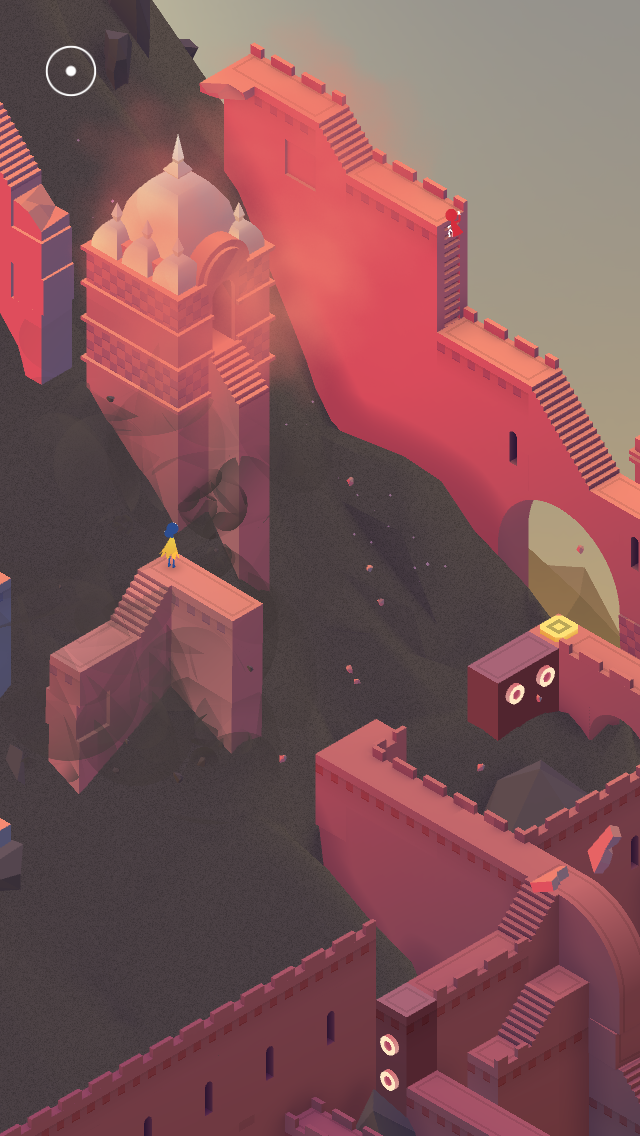 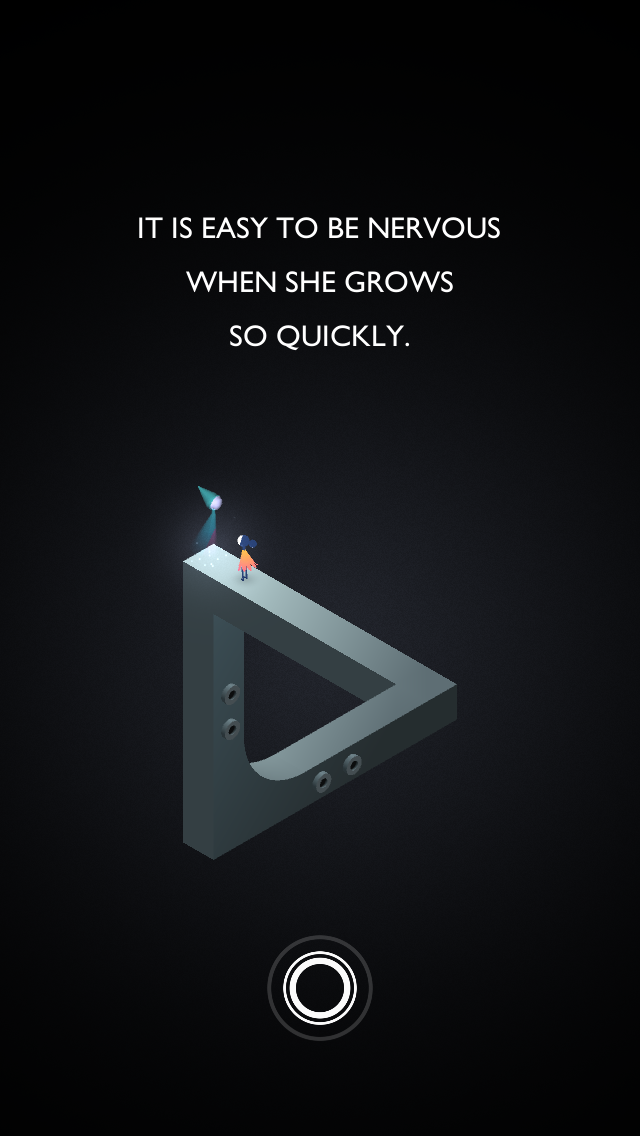 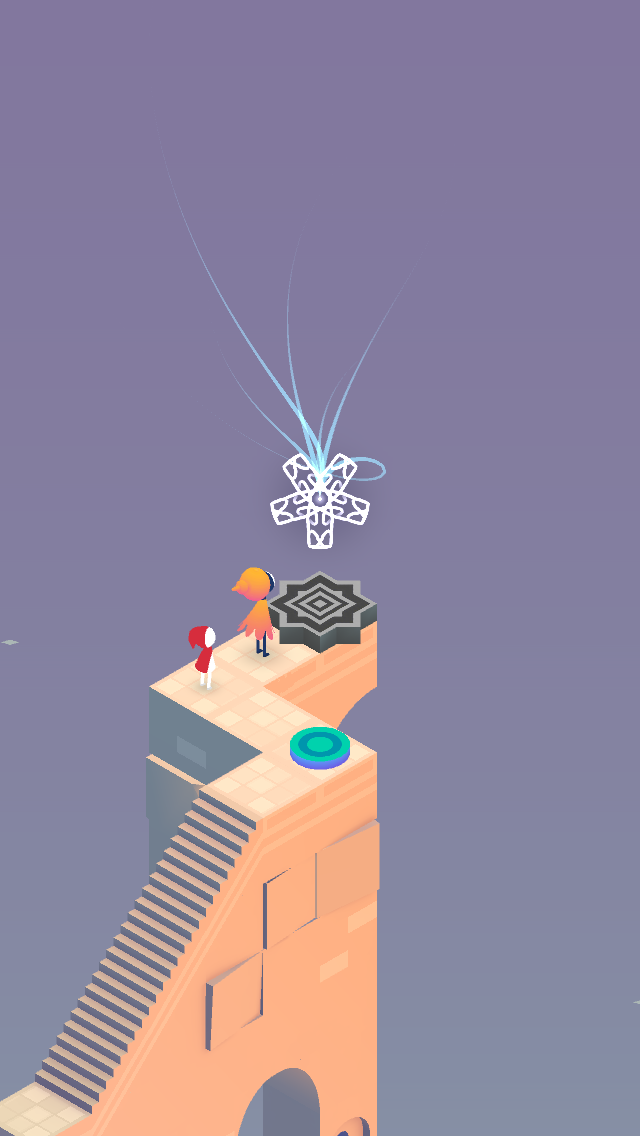 The pair are simply drawn, a series of basic shapes make up their bodies, but the characterisation tells a lot of story behind this. The daughter bounces on her feet while the mother strolls sedately, and after the pair are separated for a time, the hug when they reunite, despite the fact it's just two triangles pushing into each other, is very genuine.

Still, it's not always that involved, and often I found myself a little disengaged, but as it's a game that's over in a handful of hours, it does a good enough job keeping you invested while you click, slide, and twirl.

The puzzles, as mentioned above, aren't as difficult as Monument Valley's in many cases, but they do have a certain something to them, a literacy that you'll need to achieve before it all makes sense. In the world of Monument Valley 2, the isometric viewpoint is a puzzle solving tool in itself, and tall towers can become tiny stepping stones if you use perspective to move them around. Before long you'll find yourself moving staircases and pathways around like an M.C. Escher painting, sending the two characters you control in the game off to press buttons and go through doorways. 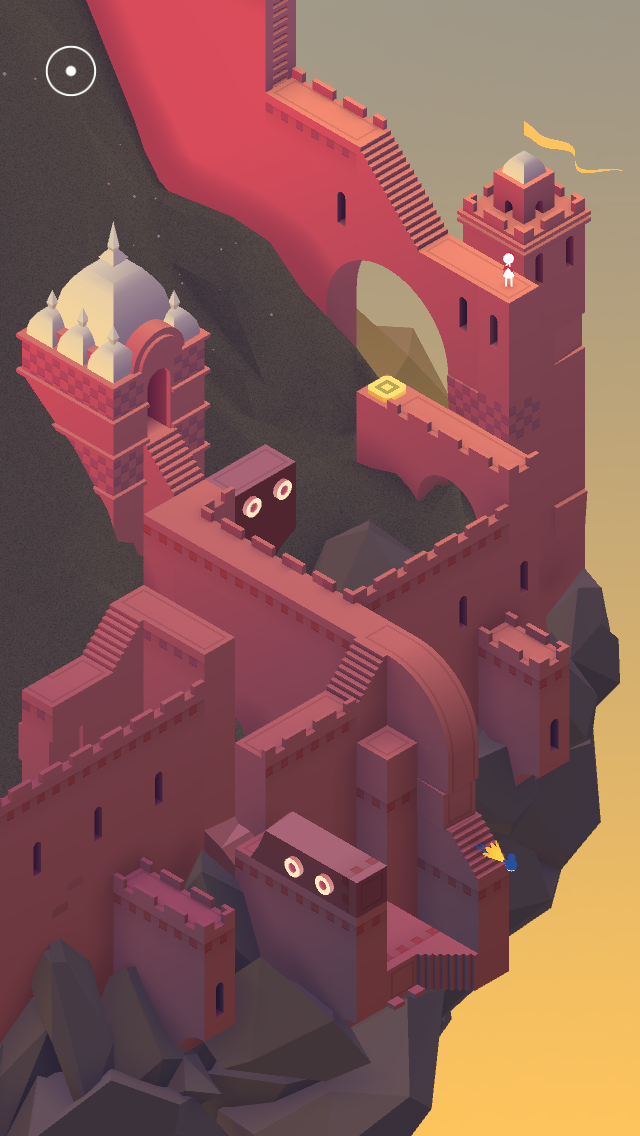 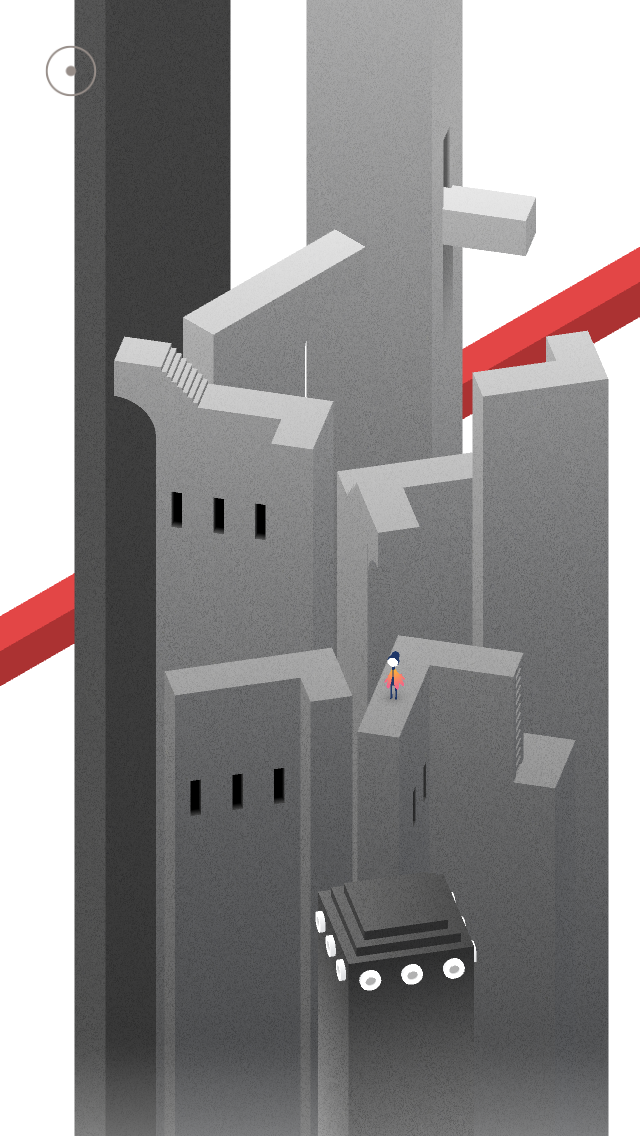 There's never an intensity to the game, and indeed there's no combat or conflict taking place in the game whatsoever. You simply pull and prod at a variety of marked elements on the screen to try to make a path to your next goal, and the time you spend thinking, experimenting, and learning the game genuinely is meditative. The world of Monument Valley 2 is a calm one, and the joy is in watching how characters move and interact, shaping the world around them.

This makes it well suited for commutes. As a paid mobile title, it doesn't need to check in to serve ads or offer micro-transactions, and the game was played both in the air and across several tight tube commutes. 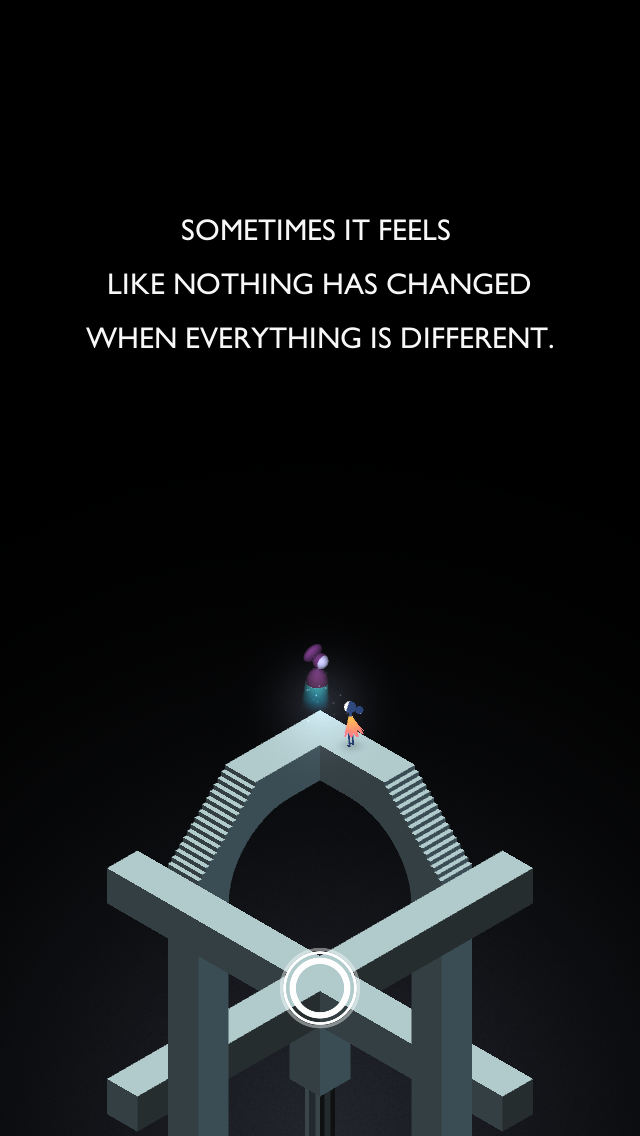 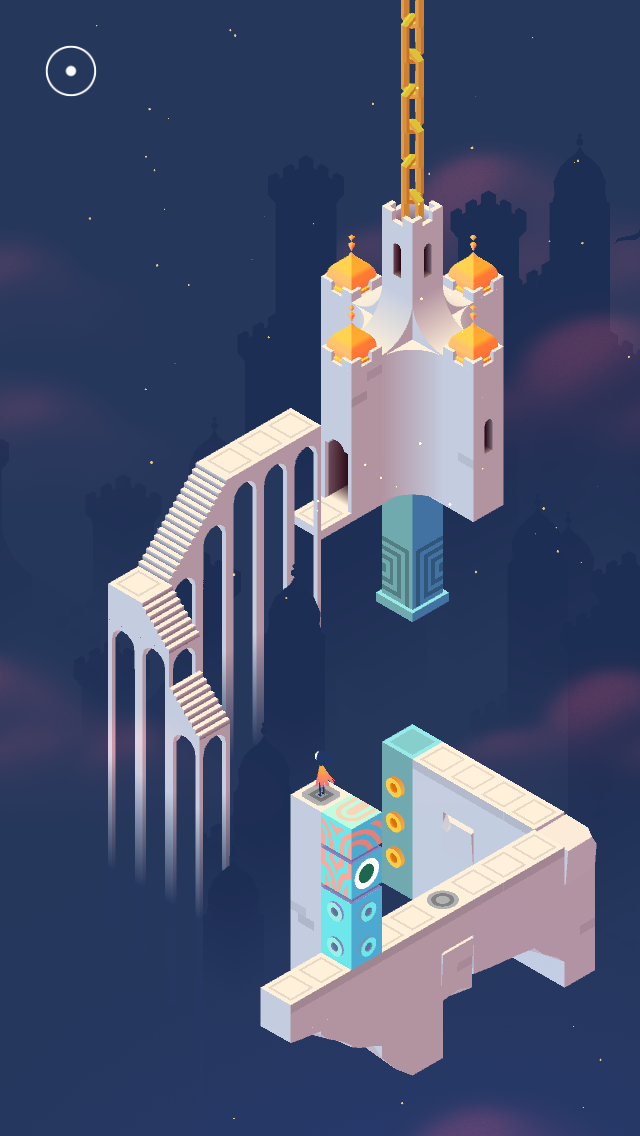 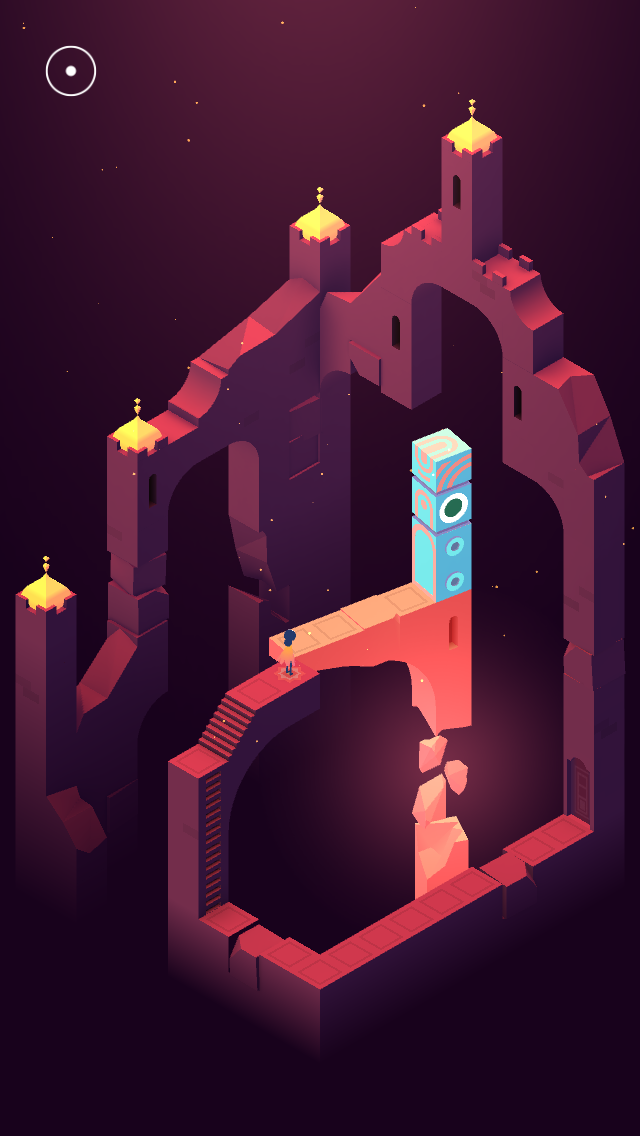 In fact, it's my recommendation that the game is played like that, in tiny little chunks whenever players have the time or the inclination to experience them. It sits well like that, devouring the scant hours of the game over a week or so, chewing on and thinking about the puzzles, even as they're beaten.

For all of its interest, the game does feel very limited. The isometric viewpoint so essential for solving puzzles is also a distance, and if there are only three objects visible on the screen, it'll be one of those. The puzzles are attractive, sure, but after each puzzle's specific quirk has been sussed out, it's formulaic from there.

It's a remarkably well realised world, but it does tend to stick to a single aesthetic with very few exceptions. It's hard to judge it too harshly for this, but if you're looking for a game that explores a variety of locations or biomes, this isn't the one for you. 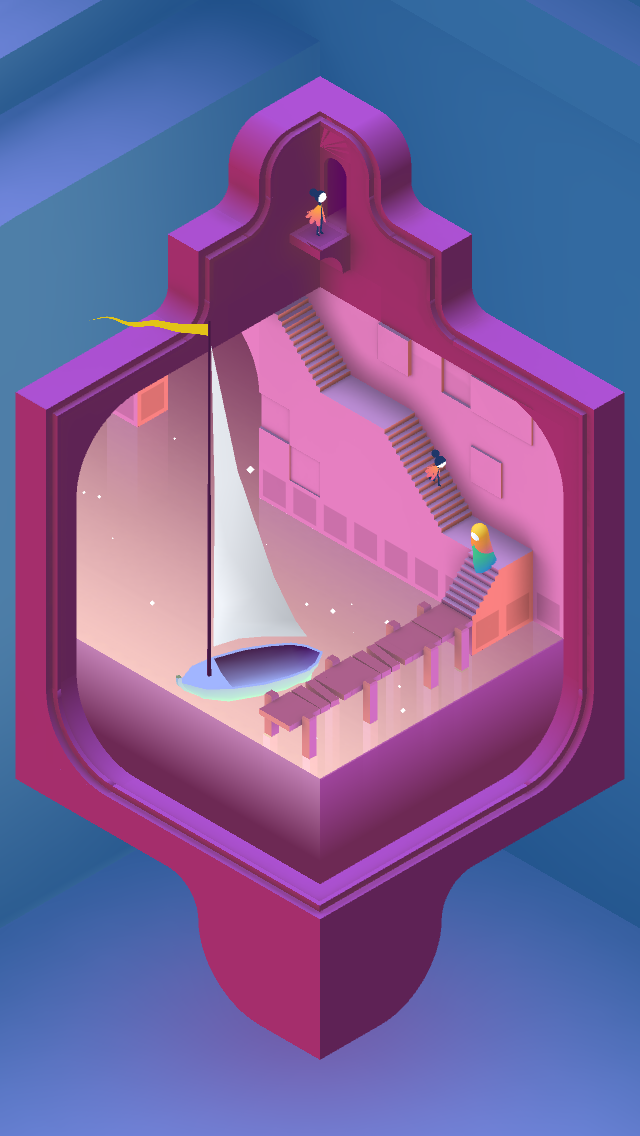 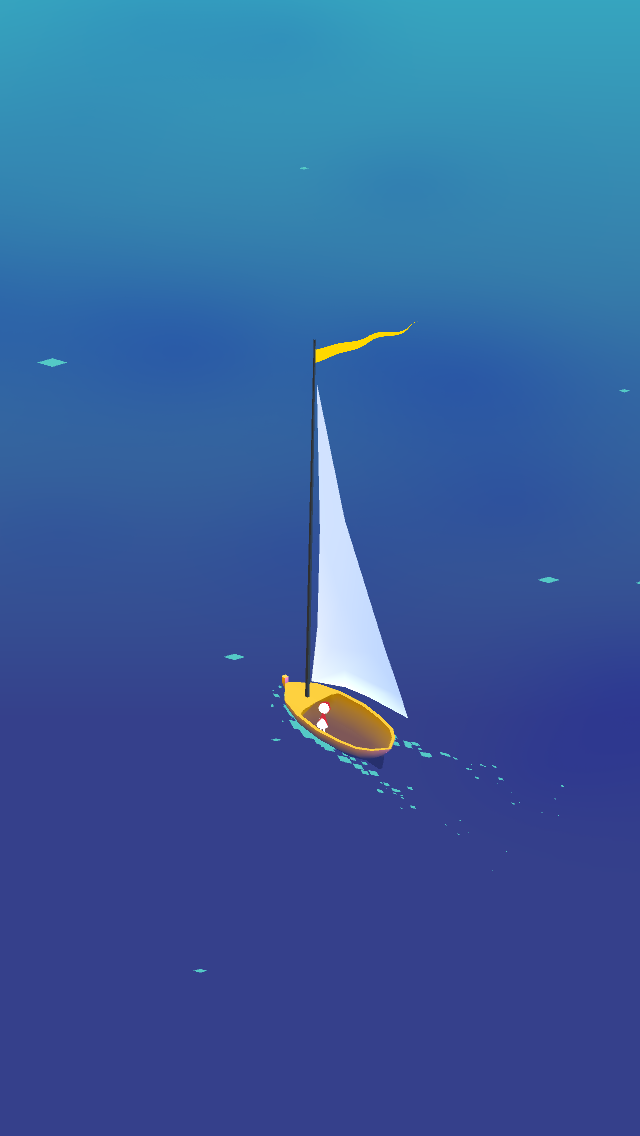 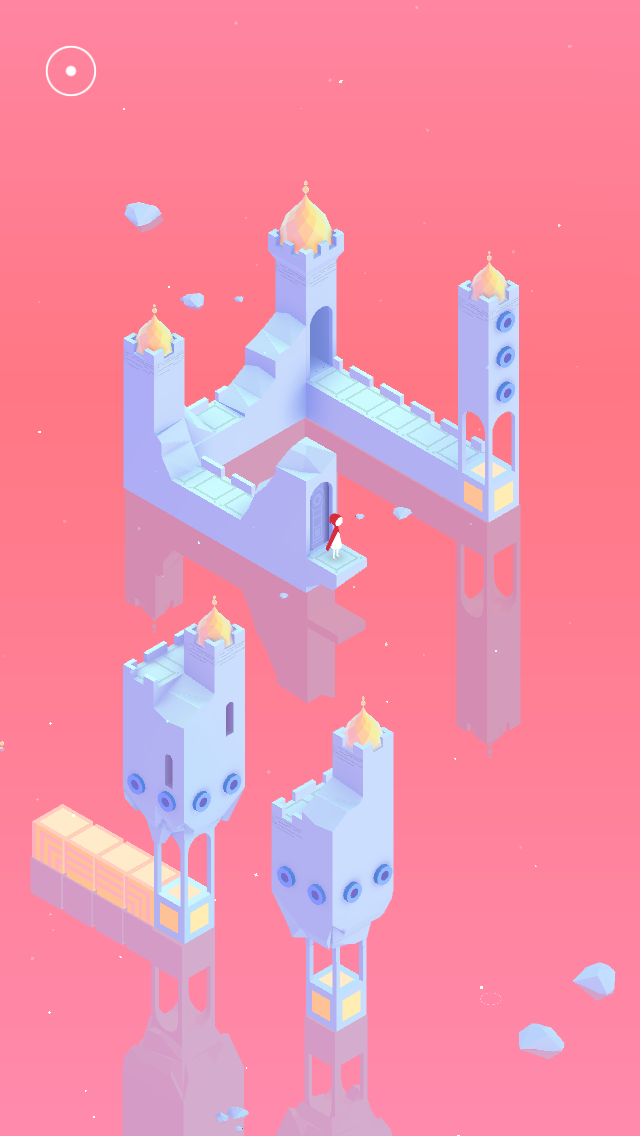 It's tough. For all of the negatives mentioned here, there are actually a lot of reasons to recommend Monument Valley 2. It's pretty but shallow. Meditative and thoughtful without too much to actually say. It's not going to change the world, but the act of playing it is joyous enough that it's probably worth the price of admission for anyone curious, and a nice antidote to anyone feeling fatigued by the recent run of 1,000-hour open-worlders.

Pokemon has made its way to the iPad with a port of its collectible card game.