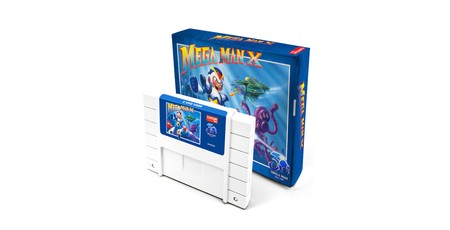 Retro gaming company Iam8bit and Capcom have announced the continuation of their partnership with the impending re-release of two classic platformers: Mega Man 2 and Mega Man X - and this time there's no fire warning in sight.

Iam8bit's partnership with Capcom began back in August 2017 with the announcement of a Street Fighter II 30th Anniversary Edition Super Nintendo Entertainment System (NES) cartridge - celebrating, oddly, the original Street Fighter arcade game's release in 1987, rather than the sequel's SNES port from 1994. A 5,500-unit limited edition production run, the 'reproduction cartridge' was fully functional but for one warning: 'Use of this reproduction game cartridge (the "Product") on the SNES gaming hardware may cause the SNES console to overheat or catch fire.'

Despite this somewhat serious issue, likely relating to the use of 3.3V flash memory modules without the voltage level shifters required for safe use on the 5V SNES, Capcom has announced another pair of re-releases, this time concentrating on the 30th anniversary of its popular platformer Mega Man.

Again, though, Capcom is counting to 30 from the release of the very first game, known as Rockman in Japan, in December 1987, while Iam8bit is recreating two later releases: Mega Man 2 for the Nintendo Entertainment System (NES) and Mega Man X for the SNES, released in 1988 and 1993 respectively. In both cases, the games are limited to a 8,500-unit production run, of which 1,000 randomly assigned units are packaged in translucent glow-in-the-dark cartridge shells, in foiled boxes with restored artwork and a new premium instruction booklet plus 'retro pack-in surprises'.

More importantly, neither comes with the warning that use on an original console represents a fire risk - suggesting that Iam8bit has switched to a flash cartridge design which uses level shifters to reduce the strain on both the cartridge and the console to which it is attached.

Both cartridges are available to pre-order now, priced at $100 and compatible with US NTSC consoles, with shipping scheduled for late September, from Iam8bit.com. 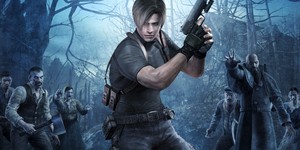