The Steam Winter Sale has kicked off, and after a year full of killer video games, it's nice to see most of them massively discounted as a special Christmas gift from Valve to you. The sale started yesterday and will run until January 2nd, so if you're waiting on Christmas money you've got plenty of time.

In fact, the only real problem is that there are so many games on sale that it can be tough to work out where to spend that cash. But it's okay; we can help, and I've listed some of the best deals below.


Invisible Inc - £4.50
Invisible Inc was my personal favourite game of last year, a turn-based cyberpunk stealth title where you play spies trying to hack your way to safety after your spy agency gets discovered by malicious corporations.

One of my favourite things about Invisible Inc is the timer that ticks down until the final mission. I didn't realise it at the time, but the ever present reminder that a finale is happening and that it's happening soon makes you super nervous. Doom - £13
There's a toss-up as to whether this or Titanfall 2 is the single-player FPS of the year. For £13 quid, I think it's worth picking up Doom just to see what all the fuss is about. It really is as good as you've heard.

All the DLC is included in the sale too, but it's mostly for the online multiplayer, which is horrible.

Public opinion was somewhat divided on the game, however, with a few saying it was too similar to its predecessor or even, whisper it, not that good. For £13.19, though, I think it's a pretty safe investment just to see the game's exceptional future-Prague. The Witcher 3 - £12.49
Surely you've already got this by now, right? If not, you should rectify this immediately. The DLC is on sale too, if you don't want to miss the complete Witcher experience. The Long Dark is my favourite single-player survival game - spend your days fishing, foraging for food, and trying not to get eaten by wolves while spending your nights desperately trying to keep warm.

There are no zombies or otherworldly threats in The Long Dark. There's just the biting cold, the biting wolves, and bears, nature's greatest killing machine.


Civilization V - £4.99
If you're not sure on the idea of the Civ games, but think you might want to give them a punt, you can get the older model. Civilization V is still an excellent game, and even though it lacks some of Civilisation VI's features and ideas, it's 100% worth the price of a sandwich and a cup of coffee.

There are plenty more bargains to be found in the Steam sale right now, so add any you find in the comments so we can all help each other out. 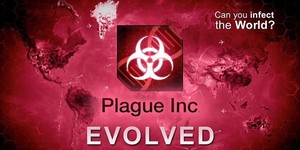 Sound the alarms! It's the ten best PC games ever made!