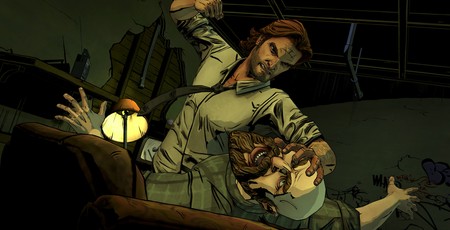 Narrative-driven gaming specialist Telltale Games is coming back from the dead - though with only the name, part of its back catalogue, and two people who have never worked at or with the company before at the helm.

Telltale Games was known for its narrative-focused gaming titles, many of which were based on popular - and expensive-to-licence - franchises like Minecraft, Game of Thrones, Guardians of the Galaxy, Batman, and The Walking Dead. Sadly, it turned out that there's only so big a market for quick-time-event story games, and the inclusion of ever-more licences simply fractured an already niche market: In September 2018 the company announced its effective closure, 14 years after it had been founded by LucasArts alumni Kevin Bruner, Dan Connors, and Troy Molander; plans to keep running with a tiny skeleton crew of 25, chosen from its high water mark of 400 staff, came to naught, and the company officially shuttered.

The company has now announced its emergence from the ashes, but in a manner that will likely cause the company's fans unease: It has been acquired and will be re-launched by two people who have never worked at or with the original Telltale Games before: Jamie Ottilie and Brian Waddle.

'All of us were big fans of the games Telltale created, as we strongly believe in games as a storytelling medium and nobody did it better,' claims Ottilie, who will serve as the chief executive of the reborn Telltale Games. 'Even now, when you see a game with strong narrative, it’s always compared to Telltale, so it’s no surprise that players and industry colleagues alike mourned the studio’s closure. We believe there is still so much life to the brand and its franchises, and we look forward to building upon the company’s storytelling legacy.'

The new Telltale Games will have little in common with its original incarnation, however: It is to be headquartered in Malibu, with Ottilie and Waddle operating the company personally. While the pair claim to have 'hired or contracted [...] key talent from the original company,' Polygon claims that Ottlie stated in a brief interview that only 'some workers from the original Telltale Games will be offered freelance roles' and that the company isn't in a position to offer full-time employment just yet.

The new Telltale Games has also confirmed plans to make use of the old Telltale Games' back catalogue of titles, many of which were removed from sale when the company closed. It hasn't yet named any specific titles, however, and it may struggle to bring back some of the more popular games: Licensing agreements are likely to have terminated when Telltale Games closed the first time around, while Skybound Games took over The Walking Dead itself to bring the story to a conclusion.