Antec has announced a new case fan, the Rainbow 120 RGB, which it claims offers both performance and aesthetics - though stops short of complete user-controllable customisation.

Designed primarily for use as a case fan, Antec's Rainbow 120 RGB comes with user-controllable red, green, and blue (RGB) LEDs which illuminate the translucent blades. When activated, the LEDs can be set to one of seven preconfigured colours or run into three animation modes using an on-board button. This offers the advantage that there's no software to install; it does, however, mean that each fan must be configured individually and that there's no option to set a custom colour palette of your own.

While the ability to glow pretty colours is obviously a major selling point of a fan dubbed the Rainbow, Antec claims it hasn't skimped on performance: Each 25mm-thick fan is capable of running at a top speed of 1,200 revolutions per minute (RPM) and pushing 42.62 cubic feet per minute (CFM) of air at a peak noise level of 24.8 dBA. Each comes with a three-pin connector and runs both the fan itself and the LEDs from a 12 volt supply, drawing 0.3A.

Antec has also boasted of some other design tweaks in the fan, including a memory capability which ensure the fan returns to the last-chosen colour mode after being powered off and rubber cushions on the corners to reduce vibration transmission to the case. The company also highlights the blades, which it claims have been designed to boost airflow over previous designs. The company has not, however, shared static pressure levels - meaning the Rainbow 120 RGB may not be the fan of choice for radiator use.

The Antec Rainbow 120 RGB is due to hit the UK shortly, with Antec setting a European retail price of €14.90 (around £12.86). More information is available on the official product page. 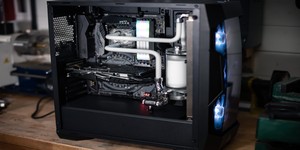 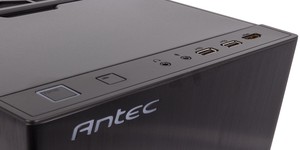