MSI has announced that it is going to be selling its 120mm Torx fan, previously seen on the Core Frozr L tower heatsink, as a standalone unit for anyone looking to unify the aesthetics of their next MSI-heavy build.

Aside from arriving in retail packaging and lacking the sprung mounts for heatsink use, the MSI Torx Fan 120mm is identical to the one found on the Core Frozr L heatsink: measuring 120mm with a 25.6mm depth, the fan includes red rubber mounting grommets to each corner and hydrodynamic bearings for minimal vibration. Its key design feature, however, is in its use of a patented alternating blade designs: each standard fan blade is followed by a 'dispersion' blade, sitting at a steeper angle to accelerate the airflow and - MSI claims, at least - improve the performance of the fans.

Each fan comes with a four-pin fan header giving the Torx pulse-width modulation (PWM) speed control support. When connected to a PWM-compatible fan controller or motherboard header, the Torx will spin between 500 and 1,800 revolutions per minute (RPM) at a noise level of 17.2dBA to 33.6dBA. Airflow, meanwhile, is rated by MSI at 19.79 cubic feet per minute (CFM) at the minimum operation speed rising to 71.27CFM at the upper speed. Thus far, MSI has not offered static pressure level readings for those thinking about using the fans on a radiator.

MSI has confirmed that the fans will be sold at retail, but has not yet announced UK availability nor pricing. 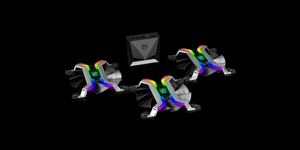 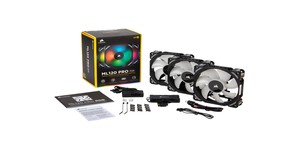 Shiny bling for your cooling.