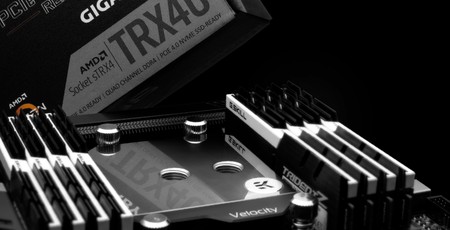 EKWB has announced that its EK Velocity sTR4 series waterblocks will be compatible with all newly-released AMD TRX40-based motherboards.

That might sound initially like a huge deal but if you've been paying attention, you'll realise that the socket remains the same as before with the only difference between the sTR4 and sTRX40 being the pin layout, so it's hardly surprising that compatibility also remains the same.

In each case, they come with a precisely-machined copper base which, according to EK, is made from the purest copper out there. It's then treated with nickel electroplating. The waterblock area is covered in 91 micro-fins in a bid to guarantee optimal thermal transfer. There's a polished cold-plate, too, so you can work on achieving the best possible heat transfer with the IHS of your processor.

In addition, the waterblock comes with a pre-assembled error-preventing mounting mechanism that's installed directly onto the socket mounting holes (so it's handy that the socket remains the same). It's all part of EK's plan to ensure you get perfect performance out of its products. You won't need to remove the motherboard from the case while you do it either, which is a bit of a bonus.

It's pretty much business as usual then for EK's Velocity sTR4 series of waterblocks, but it's a nice reminder that while you're budgeting for a rather pricey new motherboard and more, that you can still use your existing waterblock without any bother, and hopefully with some very reliable results.

EK Velocity sTR4 waterblocks are priced from €100 (about £85) upwards on the EKWB site, and available now. 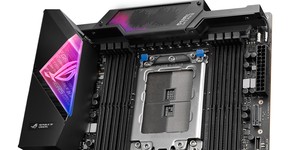 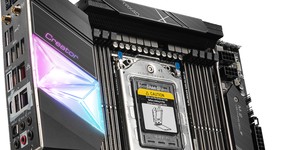