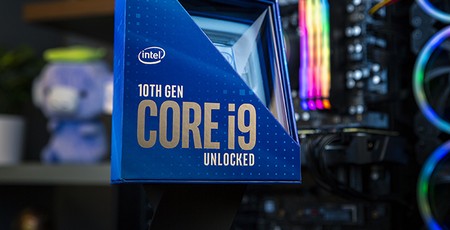 Intel has finally officially launched its 10th generation Comet Lake desktop processors, and obviously they're worth paying attention to.

Based on the 14nm++ silicon fabrication process and built in the new LGA1200 package, the core design of Comet Lake processors and its IPC are identical to predecessor, Skylake, but obviously, there have been some key upgrades and enhancements made. Notably, the clock-speed boosting algorithm has been improved and there are increased core and thread counts for all the CPUs announced. New features are also included for the sake of optimisation.

So, what does all that mean? In all, there are an impressive 32 new processors being released with the fastest coming in with clock speeds of up to 5.3GHz albeit specific to a single core. Predictably, Intel has declared that its 10-core/20-thread Core i9-10900K processor will be the world's fastest gaming processor which we have no doubt benchmarkers will be keen to break down in the future.

These slides from Intel's presentation provides us with more details on the many chips soon to be available. 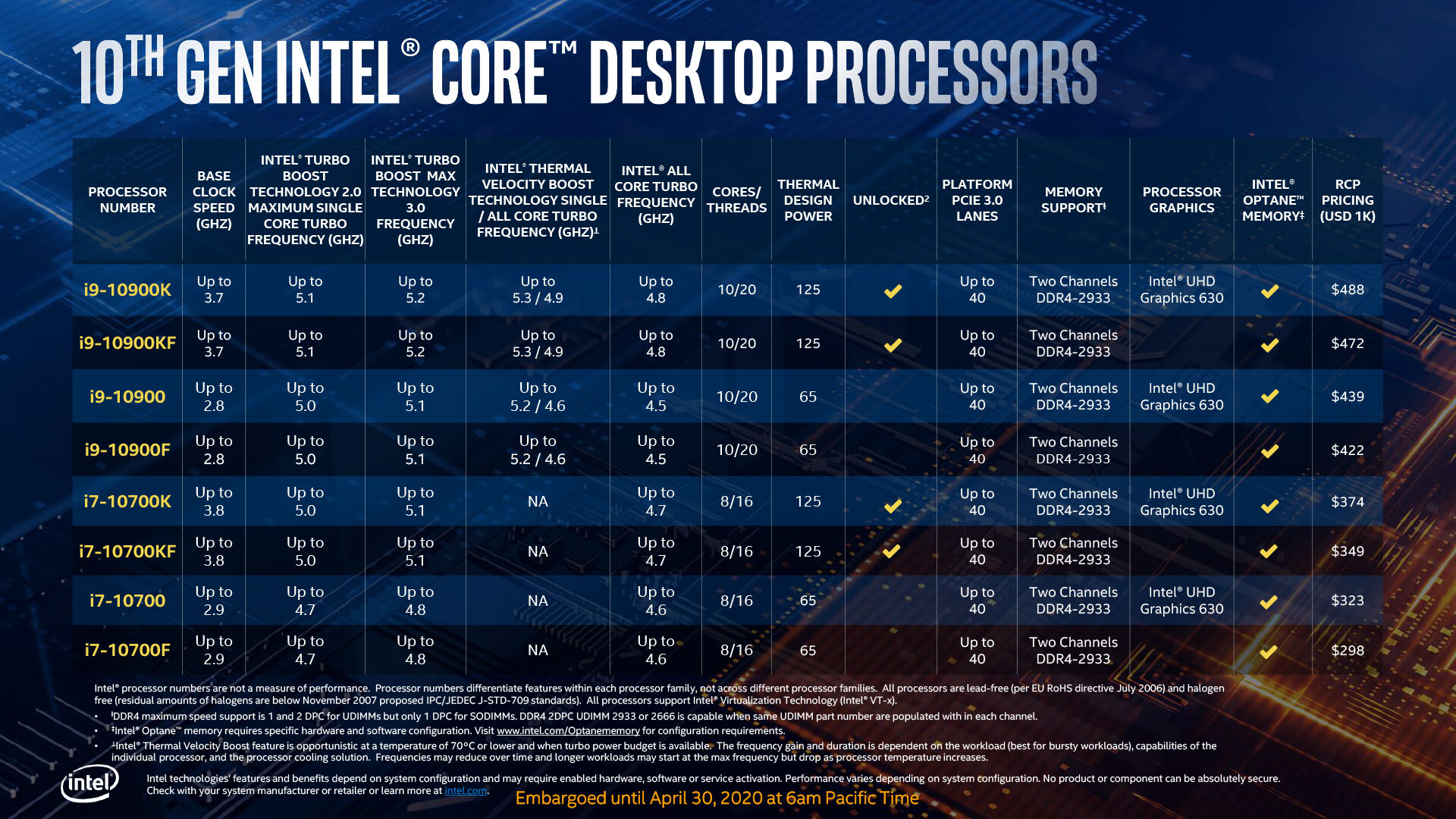 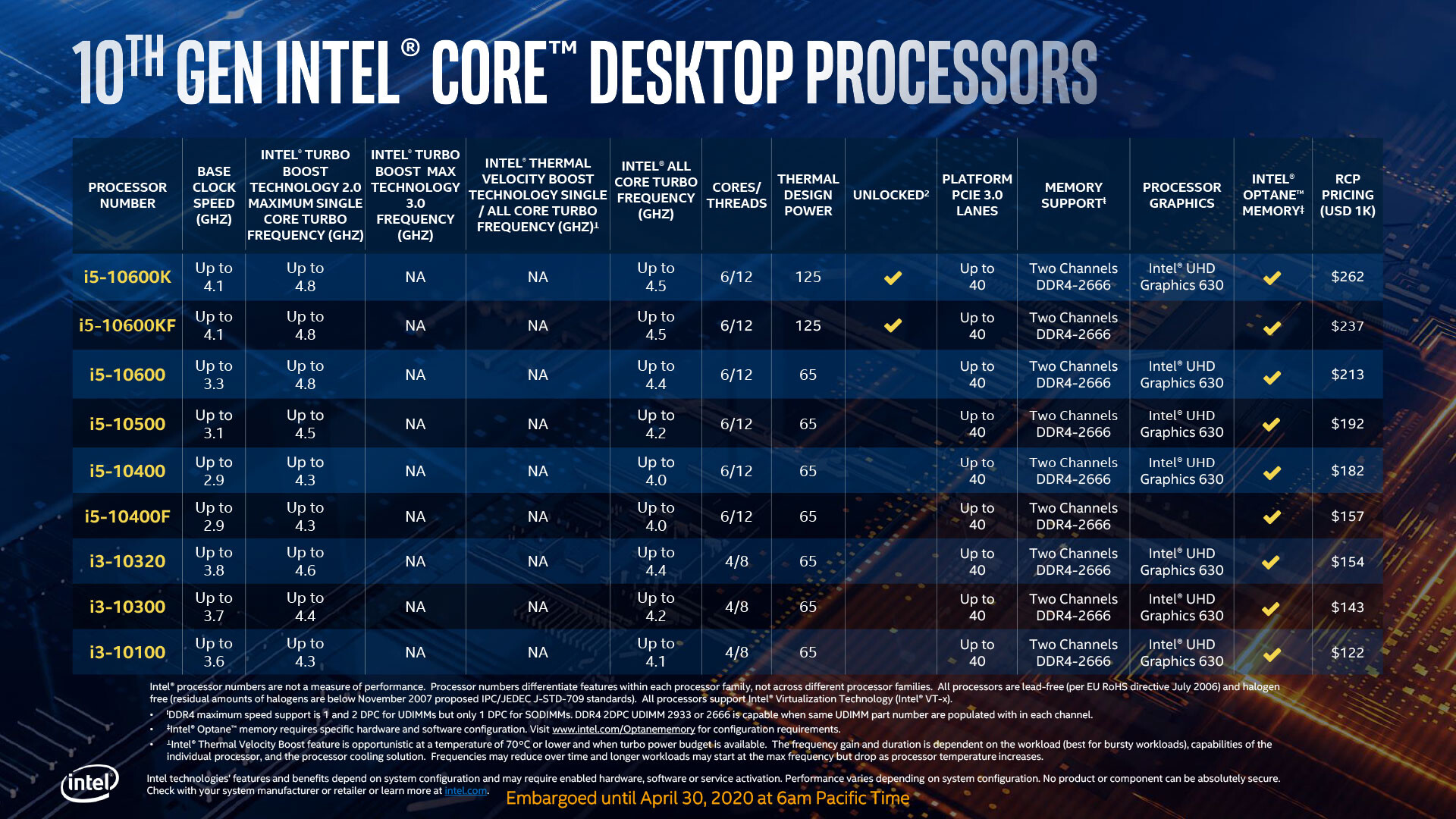 Due to such hefty upgrades, none of the processors will work on older LGA1151 motherboards so expect to budget for a new socket LGA1200 motherboard. Although, you can use any LGA115x-compatible cooler, providing it meets the thermal requirements expected by the processor.

In all cases, the 10th generation series provides HyperThreading across the board, along with up to three different clock speed boosting algorithms. These include Turbo Boost 2.0, Turbo Boost MAX 3.0 and Thermal Velocity Boost, all in a bid to make the power of these chips smarter as well as simply more effective.

Overclockers will be able to enable or disable HyperThreading for individual cores as well as utilise enhanced voltage/frequency curve controls. There's also native support for DDR4-2933 and higher memory clocks across the board.

Expect to be able to get your hands on these processors around May or June time, depending on world issues, no doubt. 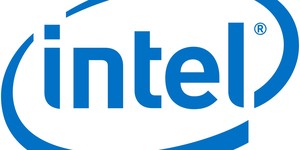 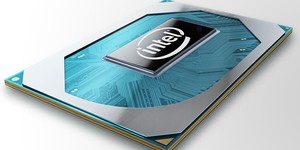