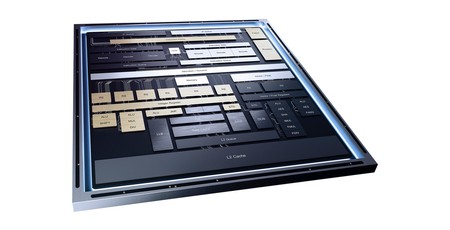 Intel has used the occasion of the Linley Fall Processor Conference to officially launch Tremont, its next-generation low-power x86 microarchitecture targeting portables and the Internet of Things.

'Tremont is Intel’s most advanced low-power x86 architecture to date. We focused on a range of modern, complex workloads, while considering networking, client, browser and battery so that we could raise performance efficiently across the board,' claims Stephen Robinson, senior principal engineer on the Tremont project, on the unveiling of the company's latest battery-friendly architecture. 'It is a world-class CPU architecture designed for enhanced processing power in compact, low-power packages.'

Tremont is claimed to be in the same class as Intel's higher-power Core processor family for branch prediction, offering six-wide out-of-order instruction decode based on two three-wide clusters, four-wide allocation, ten execution ports, dual load/store pipelines, and a quad-core design with up to 4.5MB of L2 cache. In short, it's a considerable upgrade over the Atom parts it is designed to replace.

While Robinson shared internal benchmarks showing a considerable boost in instructions per cycle (IPC) over Intel's previous-generation low-power designs, the results must be taken with a pinch of salt: Single-thread performance figures presented were 'performance projections' rather than true benchmarks, based on measurements taken on a preliminary development board; hybrid performance, meanwhile, are described as 'based on pre-silicon projections' dating back to August and which 'may not reflect all publicly available security updates' - a tacit admission that Tremont will still be vulnerable to Spectre and Meltdown style attacks and that the performance figures shared do not include losses from the installation of patches to work around the hardware flaws responsible.

Intel has not yet confirmed pricing or availability for Tremont-based parts.