Network attached storage (NAS) specialist Synology has denied reports that hardware based around Intel's Atom C2000 family of processors is dying in droves, claiming to have seen no abnormal error rates in its own implementations.

News broke earlier this month that Intel's Atom C2000 family of low-power embedded processors were causing hardware to die due to an issue with the chip's timing hardware. According to research carried out by The Register, Intel had known of the flaw for at least eighteen months before admitting to the erratum and releasing updated parts which resolved the issue. The site named Cisco, Netgear, Seagate, and Dell as among the vendors affected by the flaw, along with NAS specialist Synology, but the latter company is denying abnormal failure rates while admitting that there is a hardware flaw.

'Synology is aware of a new processor erratum discovered in the Intel Atom C2000 family. After in-depth investigation, the possibility of seeing accelerated degradation of a certain processor component is rare after prolonged and heavy usage,' the company has claimed in its statement. 'This erratum is not known to cause data loss, nor any safety hazards. Based on hundreds of thousands of shipped products equipped with Intel C2538 processors since 2014, Synology has not seen any abnormal error rates compared to products equipped with different Intel processors.

'As of today, all products equipped with Intel C2538 processors are performing in-line with Synology's quality standards. As a testament to our confidence in Synology's product reliability, we are extending the warranty for Intel C2538 based products by an additional year.'

Anyone with a Synology DS415+, DS1515+ DS1815+, DS2415+, RS815(RP)+, or RS2416(RP)+ NAS, all of which are based on Intel's Atom C2538 processor, is eligible for the extended warranty period. All models purchased from this month onwards, Synology adds, include 'suggested improvements from Intel' which prevents any risk of premature failure. Anyone wishing to make a claim under the extended warranty is asked to email Synology on C2538@synology.com. 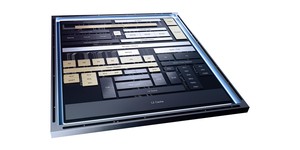