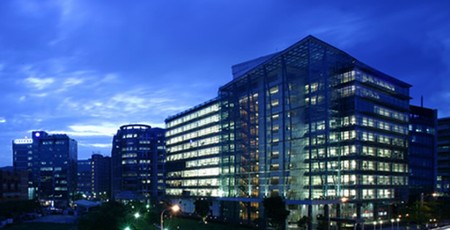 Terry Gou, founder of Hon Hai Precision Industry Co. Limited, better known as Foxconn, has confirmed he is stepping down from his roles as chair and president of the company - in order to run for president of Taiwan.

Best known for providing manufacturing facilities for everything from motherboards to iPads, Hon Hai Precision Industry Co. Limited - which trades under the name Foxconn - is not an uncontroversial company: The company was found to be using unpaid student interns to build Sony's PlayStation 4, had a years-long run of suicides at its facilities which it 'resolved' by forcing staff to sign a waiver absolving the company of any responsibility then later installing netting to catch those who still chose to jump, and in June 2018 was again accused of mistreatment of its workers producing devices including Amazon's Echo and Kindle product families.

In July 2017 the company announced it would open a £7.67 billion factory in Wisconsin, which was taken by US President Donald Trump as a personal victory despite investment discussions having started well prior to his presidency; since then the company has claimed the facility won't be a factory before claiming it will be a factory after all. At the time of writing, no facility had yet been constructed on the chosen site despite the company receiving the promise of subsidies estimated at between $3 billion and $4.8 billion from the Wisconsin government.

Now, Foxconn president and chair Terry Gou - who founded the company in 1974 as a manufacturer of electrical connectors and expanded after a deal with Atari to supply parts for its highly successful VCS games console - has confirmed that he is leaving the company in order to launch a political career, though will remain on its board.

Following an announcement in April that he was to step down as company chair, Gou has confirmed he is also leaving the role of company president in order to run an election campaign for the position of President of Taiwan. Following his departure, head of Foxconn's semiconductor arm Young Liu will take on the role of chair while the company's management structure will be overhauled with leadership provided by a committee of nine as-yet unnamed individuals - a major change for a company which has been lead by Gou since its inception.