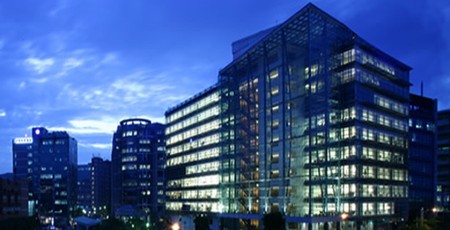 Foxconn has walked back comments that it had scaled back plans for a $10 billion investment in Wisconsin to build an LCD factory, claiming that a conversation with US President Donald Trump has reversed its plans to focus on research and development rather than production.

Hon Hai Precision Industry Co., more commonly known as Foxconn, has been negotiating for a US facility since 2014. In July 2017 the company announced it had chosen Wisconsin as the site of a new large-scale LCD panel factory, trading $4 billion in governmental incentives for the promise of 13,000 jobs - many of which would be blue-collar locals rather than specialised staff from further afield.

Since the announcement, though, the company has been gradually shifting its plans: First, it decided that it would not be cost-effective to make large-scale LCD panels at the facility, and it would concentrate on small-format panels instead; late last month, the company shifted focus again and claimed the facility would be primarily focused on research and development, not production - a move which would mean the majority of jobs created would be for specialised out-of-towners rather than local citizens.

Now the company is shifting its plans once again, and despite Foxconn's Louis Woo, assistant to company founder and chief executive Terry Gou, claiming that 'we're not building a factory' the company has decided that it will do so after all, alongside a research and development campus - and it claims the decision came about following a talk with US President Donald Trump, who had claimed credit for the deal back in 2017.

'After productive discussions between the White House and the company, and after a personal conversation between President Donald J. Trump and Chairman Terry Gou, Foxconn is moving forward with our planned construction of a Gen 6 fab facility, which will be at the heart of the Wisconn Valley Science and Technology Park,' Foxconn's revised statement to press claims. 'This campus will serve both as an advanced manufacturing facility as well as a hub of high technology innovation for the region.

'Our decision is also based on a recent comprehensive and systematic evaluation to help determine the best fit for our Wisconsin project among TFT technologies. We have undertaken the evaluation while simultaneously seeking to broaden our investment across Wisconsin far beyond our original plans to ensure the company, our workforce, the local community, and the state of Wisconsin will be positioned for long-term success. We look forward to continuing to expand our investment in American talent in Wisconsin and the US.' 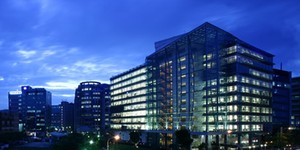