Wonder-material graphene, a honeycomb lattice of carbon just one atom thick, is finally set to appear in a commercial product thanks to an agreement between California Lithium Battery and the Argonne National Laboratory.

Discovered by Hans-Peter Hoehm in 1962, graphene was relatively unknown until Andre Geim and Konstantin Novoselov from the University of Manchester carried out a series of eye-raising experiments on the substance. Thanks to their work, for which they earned the 2010 Nobel Prize for Physics, graphene was found to have a wide range of remarkably properties which promise to revolutionise the electronics industry.

Graphene has been suggested as a means of improving the performance of transistors, boosting the capacity of lithium-ion batteries by a factor of ten, as a way of creating an 'optical diode' for terabit-speed optical communications and even convincing electrons to move at the speed of light.

All these potential applications have one thing in common, however: they're confined to the laboratory. Despite years of research and numerous claims of a breakthrough in one field or another, graphene remains the stuff of scientific papers rather than commercial products.

At least, until now.

Energy storage specialist California Lithium Battery (CLBattery) has announced that it has begun work to commercialise a third-generation lithium-ion battery based on technology created at the Argonne National Laboratory. The result: a battery which promises to last three times as long as anything else on the market.

Using graphitised silicon carbide as an anode, Argonne claims, results in a direct reduction in weight of the combined anode and cathode by 16 per cent - or, alternatively, an increase in capacity for the same weight. The technology promises to scale with future battery technologies, too, up to a potential 50 per cent weight reduction.

Sadly, while CLBattery is forging ahead with a commercial implementation, it's going to be a while before your laptop or smartphone sees the benefit. The company's first product built around the technology is designed for use in grid energy storage and electric vehicle applications.

Following the technology's release over the next two years, however, it's likely that Argonne will be looking to licence its invention to other manufacturers - including gadget makers. With the promise of increased longevity and a choice of reduced weight or boosted capacity, it could well prove the first real success for the miraculous graphene. 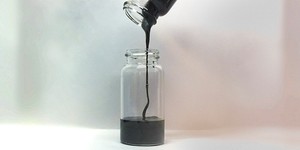