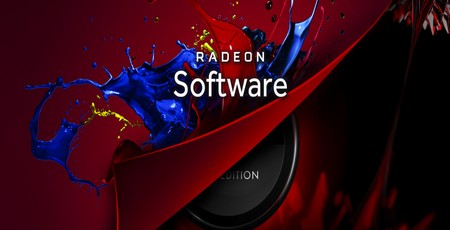 With the Catalyst Omega driver in December 2014, AMD began an annual tradition of large, feature-heavy driver releases interspersed with smaller, performance-enhancing drivers throughout the year. This year, the big release is called Radeon Software Adrenalin Edition, and the highlight features include an in-game driver overlay inventively titled Radeon Overlay and a mobile app for iOS and Android called AMD Link.

To be clear, this is a feature bump rather than a performance bump, though the latest games may see improvements of a few percent from optimisations.

A big focus at present is the Vulkan API, and AMD is working on bringing support for Vulkan to a number of its existing features, such as Frame Rate Target Control, which Adrenalin brings support for as a means of reducing power consumption, heat, and noise in Vulkan titles. Also said to be ‘coming soon’ is an AMD Vulkan open-source driver to promote open-source Vulkan development on Linux. 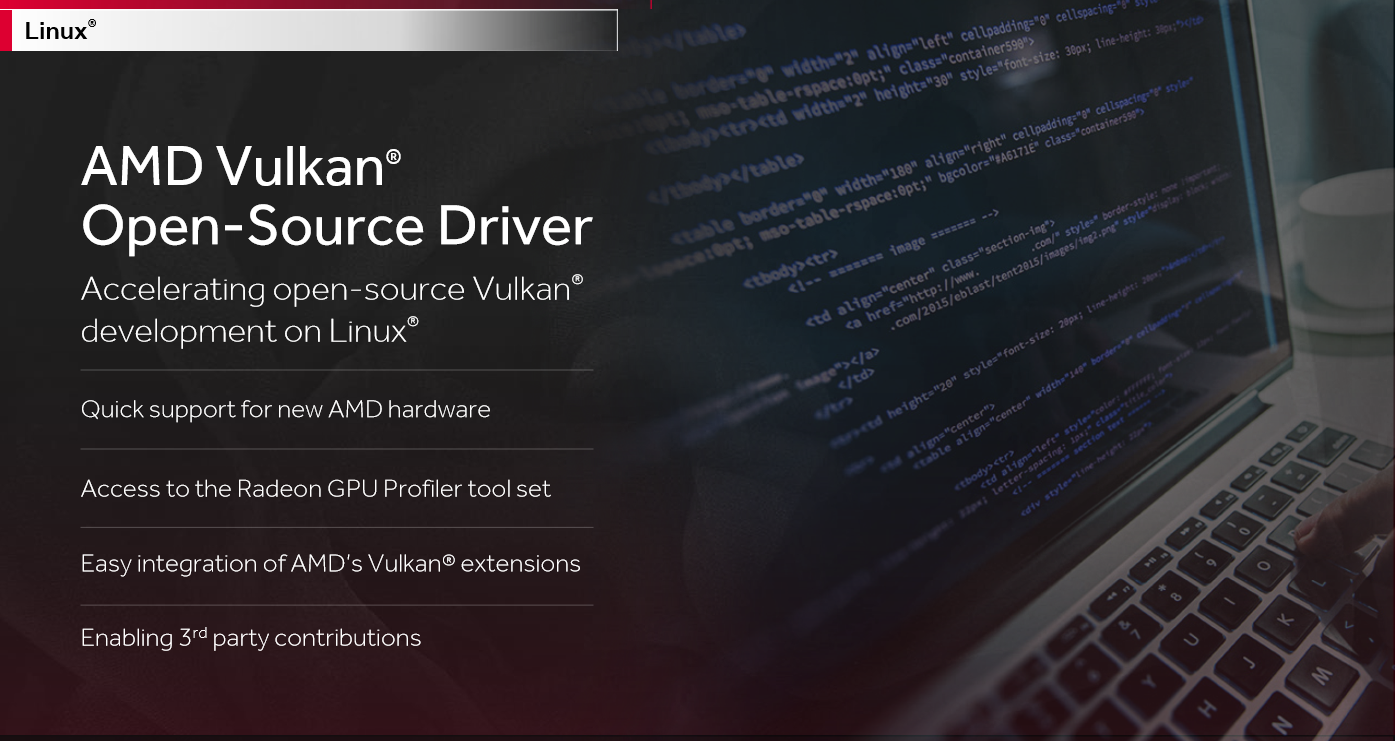 New additions to existing core technologies include: Radeon WattMan, the built-in overclocking/power management interface, now allows for the saving, load, and sharing of custom profiles; Radeon Chill, which dynamically regulates frame rate based on in-game movement to save power/heat/noise, is now available across virtually all titles and moves to a blacklist system rather than the previous whitelist one; and Enhanced Sync, which seeks to improve existing V-Sync behaviour on non-variable refresh rate screens (more details here), now works on all Radeon GCN-based products and supports Vulkan, multi-GPU, and Eyefinity.

Radeon ReLive, you might recall, is AMD’s in-house solution for game capture, sharing, and streaming, and Adrenalin brings a significant update partly in the form of a new Connect tab inside the Radeon Settings menu. Described as ‘a whole new place to easily access and manage your Radeon ReLive captures and share them on social media,’ the tab includes gallery functionality and a place to connect all your social media accounts. 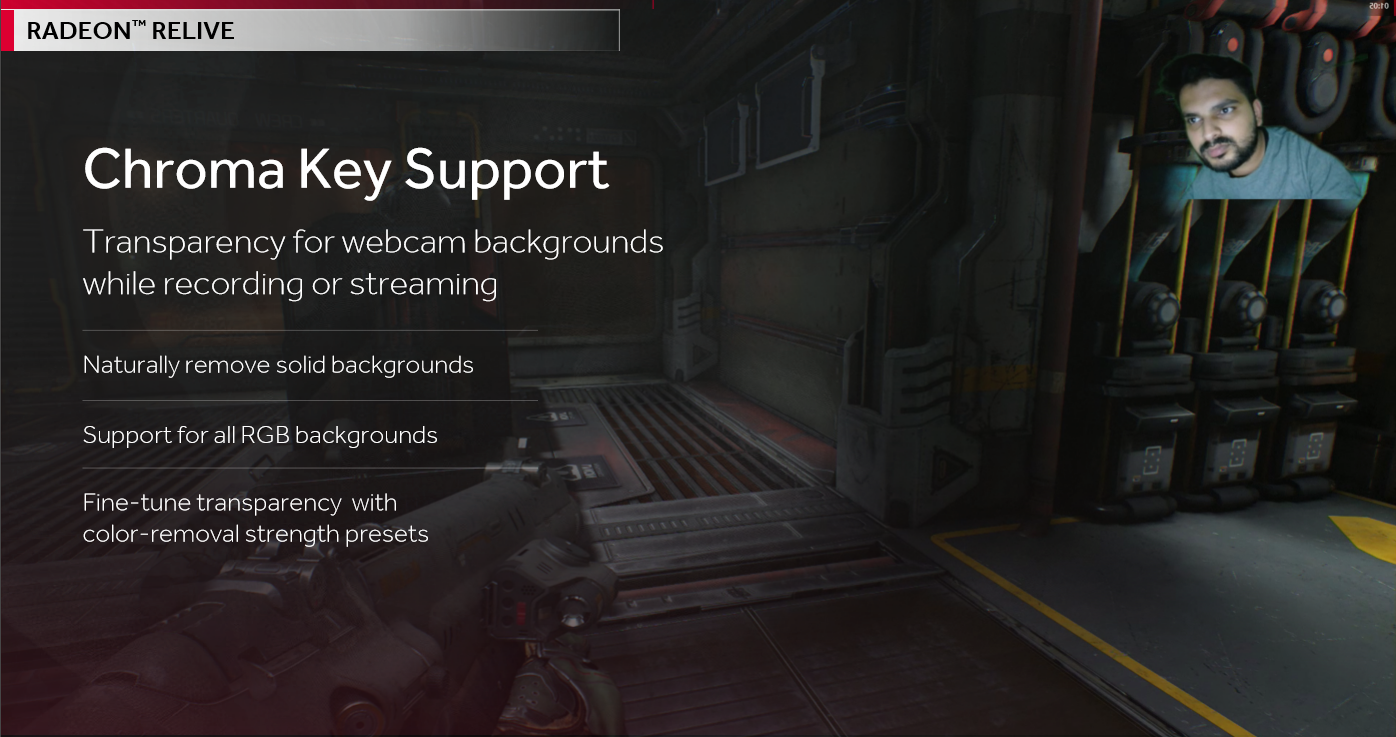 The improvements to ReLive do not stop there. You can now share specific borderless windows, while streamers will also benefit from chroma key support, effectively allowing those working with a greenscreen (or equivalent) background to have a transparent background in their stream. Eyefinity support allows capture across multiple monitors, and microphone/game audio tracks are now easily recorded separately.

As mentioned, Radeon Overlay is one of the biggest new features to come with Adrenalin. Toggled with Alt+R, it brings games in-game control of their Radeon Settings menu and performance monitoring, giving them direct control of features like Radeon ReLive, Radeon Chill, Frame Rate Target Control, and FreeSync as well as colour settings. 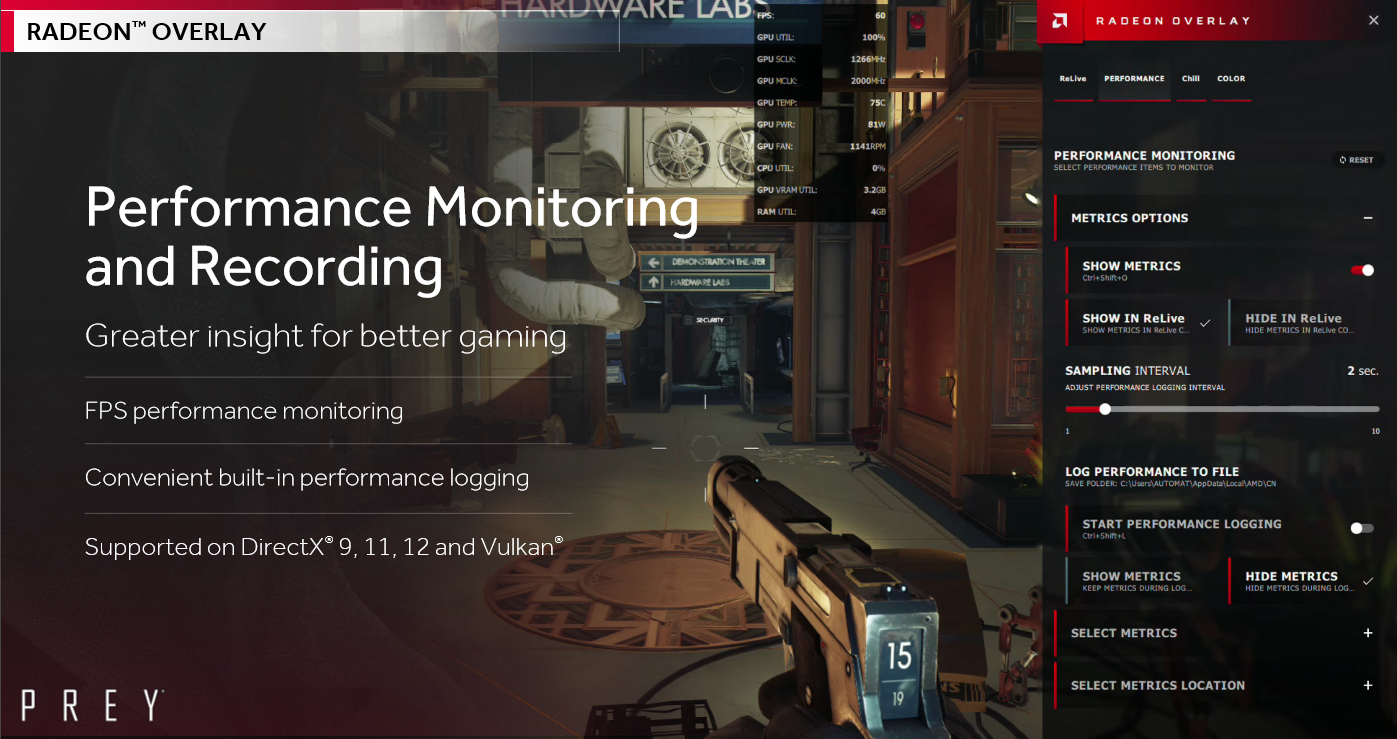 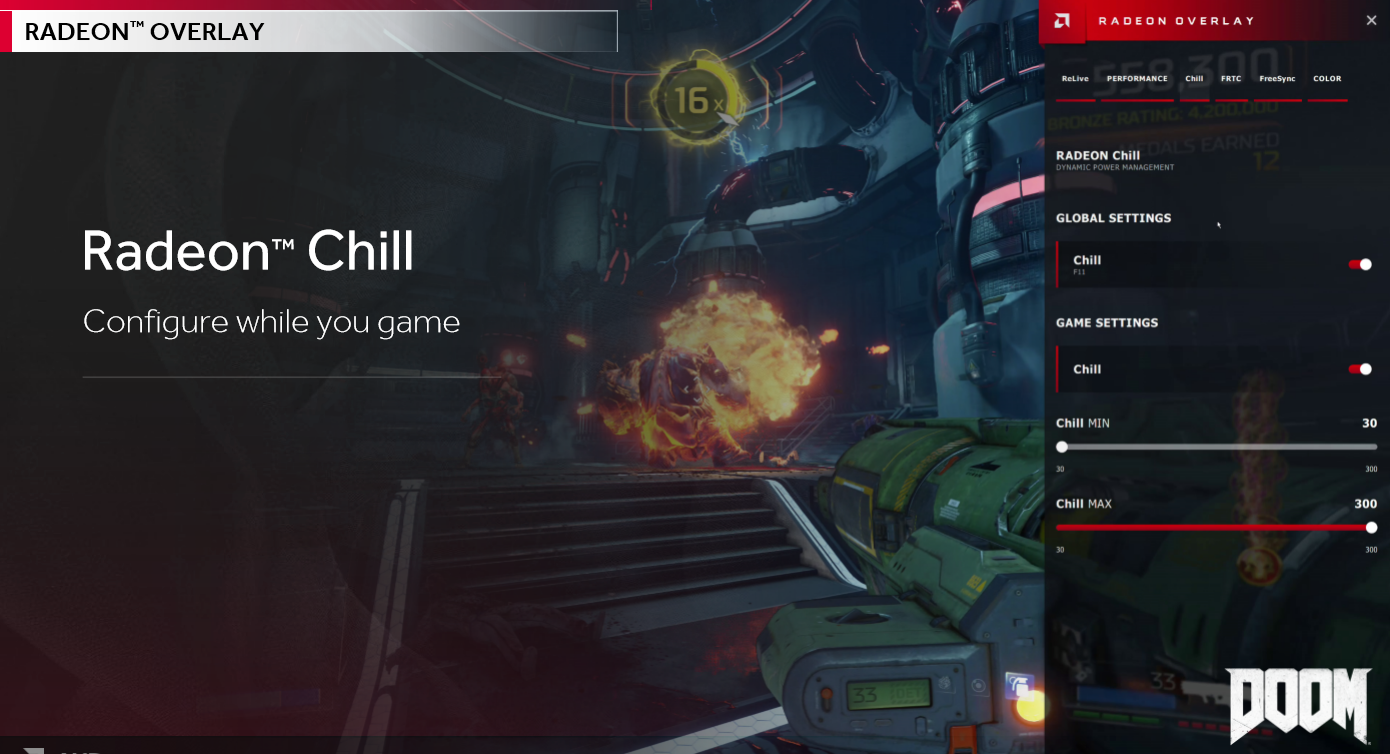 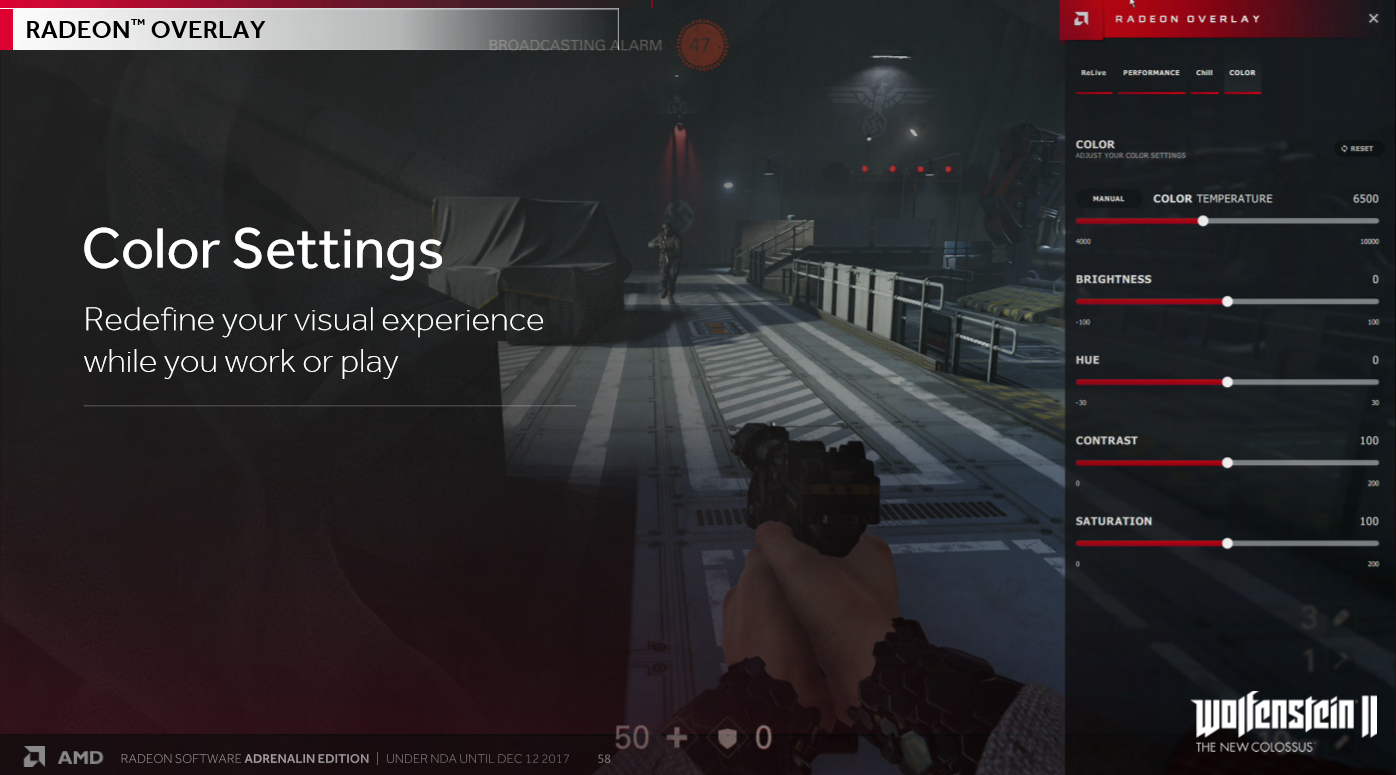 Adrenalin’s release also coincides with the launch of the AMD Link mobile app for iOS and Android. Once synchronised with the PC in question, AMD Link allows you to use your phone to monitor certain performance metrics (sadly, this does not appear to include temperature or fan speed at the moment), control Radeon ReLive, and connect to an AMD news feed. 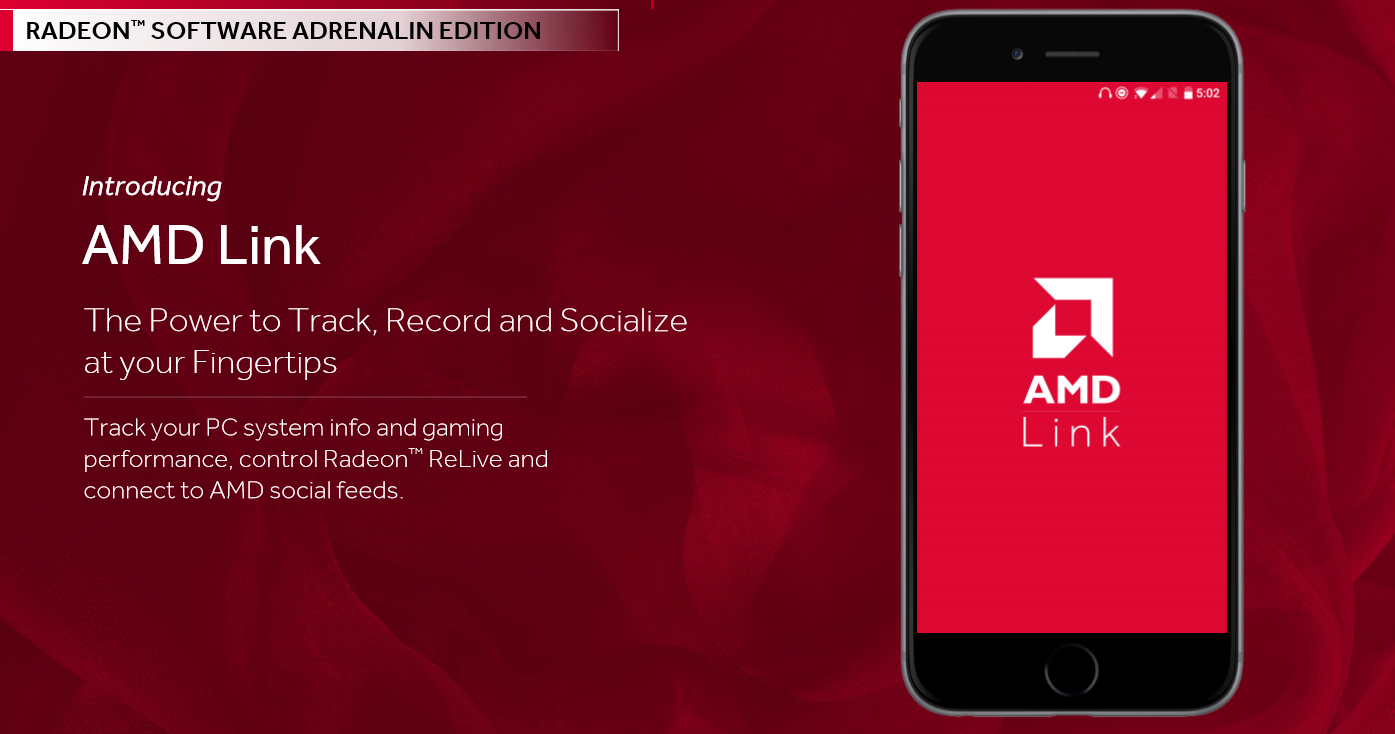 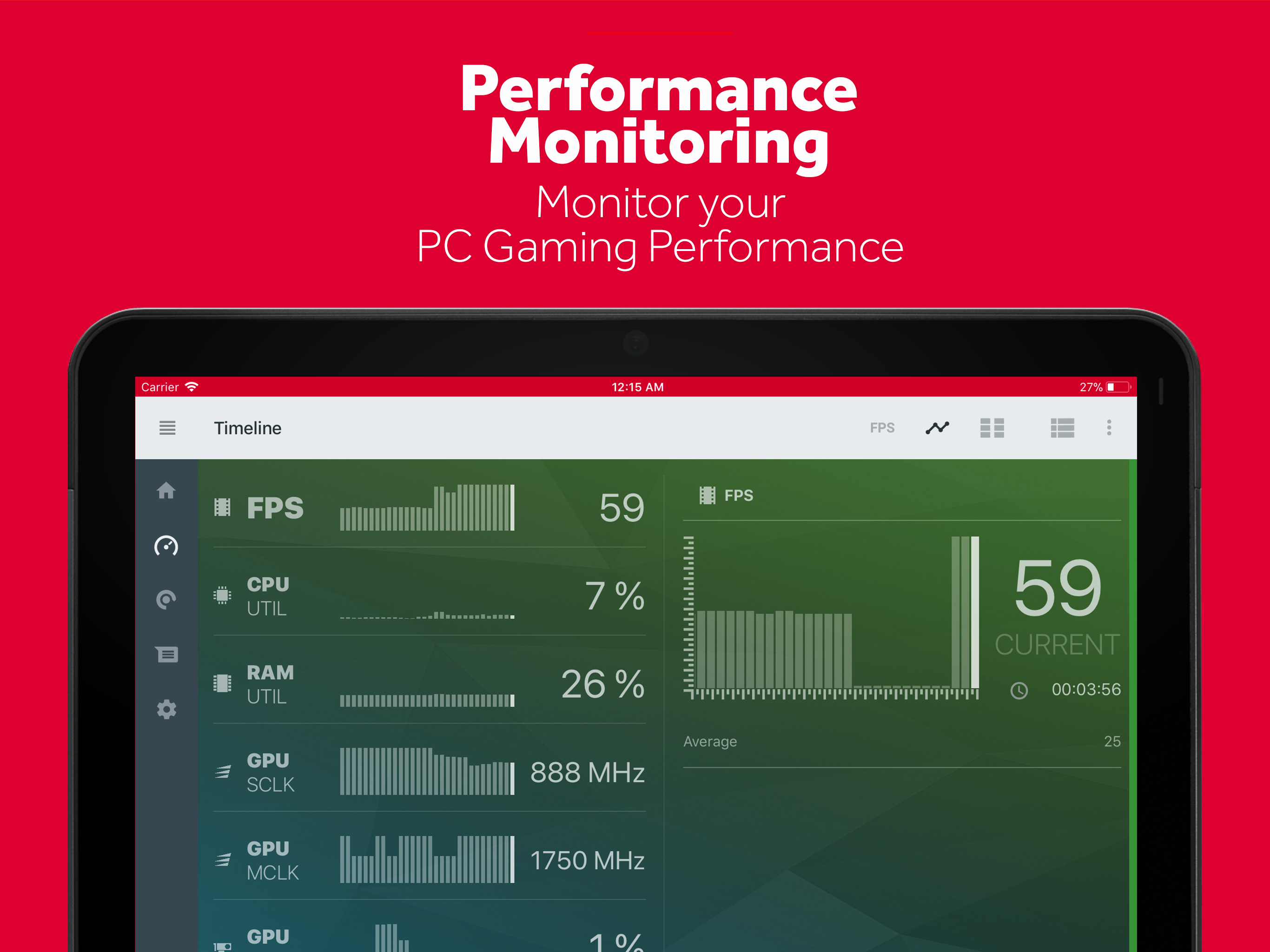 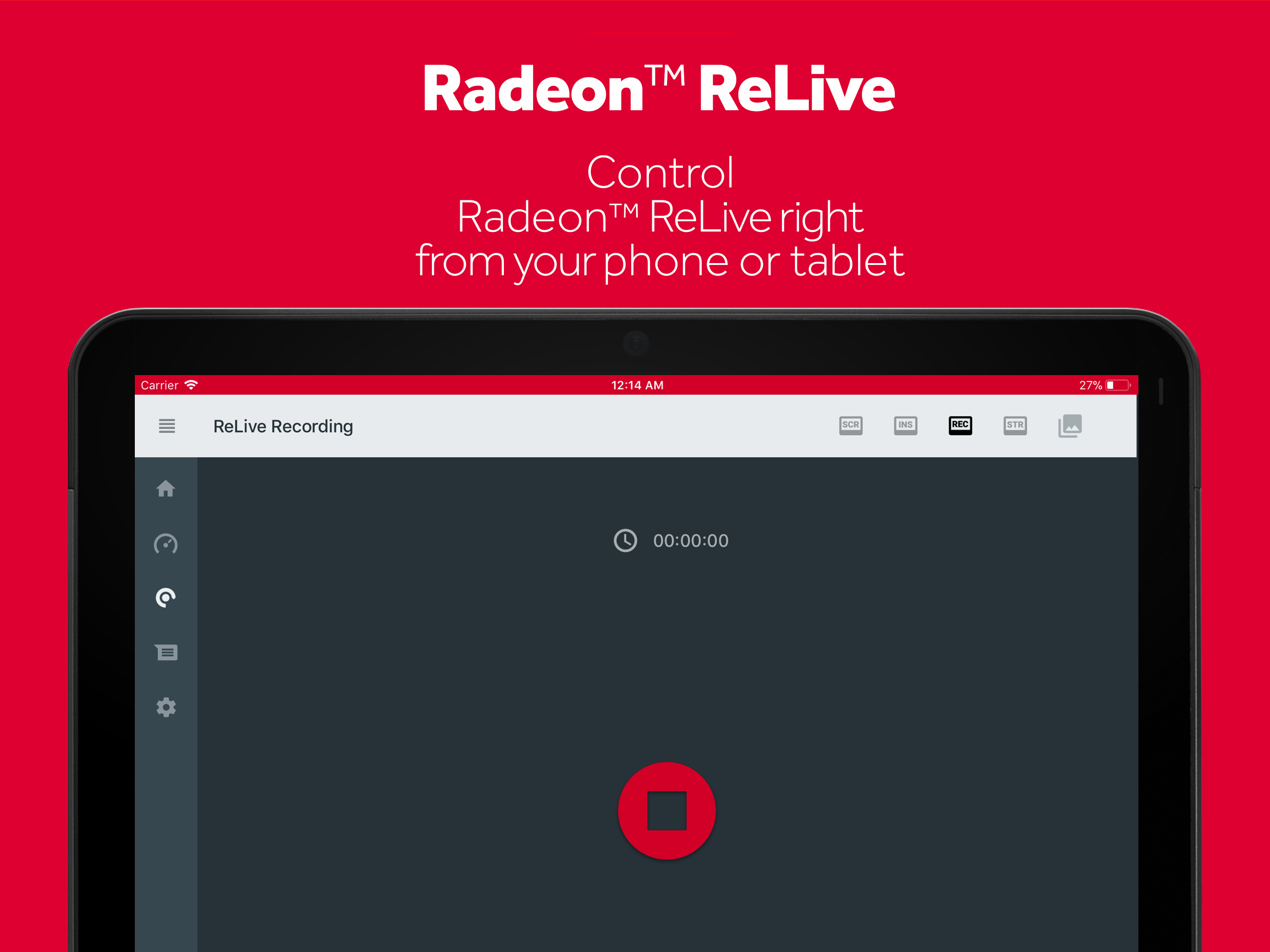 Radeon Software Adrenalin Edition should be available now from the usual AMD driver download page, while AMD Link should now be available in the iTunes and Google Play app stores. 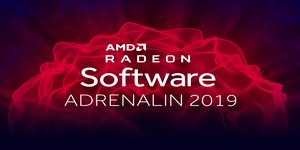 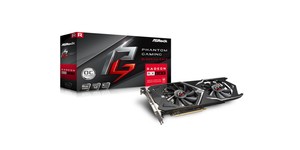