Andrew Chien, director of research at Intel, has said that ray tracing techniques will not just show up and replace traditional raster graphics pipelines – instead we’ll see a combination of the two for quite some time.

He admitted that “ray tracing presents many challenges from a performance perspective,” but believes that Intel can overcome this to deliver products that help to make ray tracing a desirable tool for developers.

The problem for Intel though is that 3D engines based on traditional raster graphics pipelines are forever getting better and with developers now starting to get familiar with the capabilities of DirectX 10, they’re likely to move forwards at a faster rate.

Year on year, new benchmarks for realism are set with traditional raster graphics pipelines and both AMD and Nvidia believe there is still a lot left to achieve with raster graphics. Crysis was last year’s poster child and it looks like FarCry 2 will at least match it—and may even take things to another level again.

This means that Intel’s task of making ray tracing a reality is an even bigger one than you’d think.

“The traditional graphics pipeline has always been about the end result and the quality of the scenes rendered,” said Chien. “I think there is a compelling case for the authoring flexibility [that ray tracing will enable].”

“Developers spend a lot of effort crafting models in order to get acceptable performance [in raster graphics engines],” he continued. “If you were really go get outside of the box of what it allows, there are a lot of problems in the flexibility of content.”

We asked whether it would replace raster graphics straight away or whether it’d take time to become an indispensable tool—especially given the challenges of competing with current raster graphics engines. “We expect it to first penetrate areas where the additional flexibility is of benefit to developers, said Chien. “If the image quality benefits are there, but performance isn’t acceptable, developers aren’t going to use it.”

His view of where ray tracing is going was quite a bit more down to earth than what we’ve heard in the past—and more to the point, it appears to make some sense. It’s an opportunity for Intel to deliver more flexibility and creative freedom to developers in order to make development a much simpler task and I’m sure that’s something developers will be pleased to hear.

The question now is whether or not Intel will be able to deliver products with enough performance fast enough for ray tracing to make the leap required to catch up with traditional raster graphics architectures and engines.

The more I talk about this topic with Intel, the more the size of the task at hand becomes apparent. Simply put, it’s not going to be easy and there is a long way to go before the transition even starts to happen, but the company may well pull this off in the long run if it can get the support of the development community. 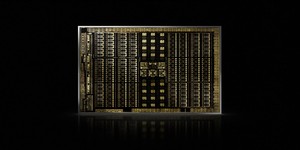