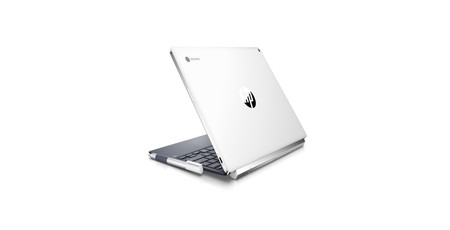 Hewlett Packard has announced a new Chromebook two-in-one tablet-cum-laptop, with which the lines between the laptop- and desktop-focused Chrome OS and tablet- and smarpthone-focused Android operating systems blur still further.

Launching into what HP claims to be one of the fastest-growing PC segments, citing the IDC PC Tracker CQ4'17 report's claim of 50 percent growth for Chromebooks over the last two years, the Chromebook x2 is the first on the market to convert between a laptop and a tablet without the need for third-party Bluetooth keyboard accessories. It's also surprisingly highly specified, boasting a 7th Generation Intel Core processor - not, sadly, Intel's latest models - and up to 8GB of LPDDR3 memory behind a ceramic white anodized aluminium body and an Oxford Blue 'leather-like' surface for the body of the detachable keyboard.

'The HP Chromebook x2 hits a trifecta for customers, combining the productivity of the Chrome OS and power of the world’s most-used app platform into a versatile form factor ideal for experiencing all the Google ecosystem has to offer,' crows Kevin Frost, vice president and general manager of consumer personal systems at HP Inc, the consumer half of the company formerly known as Hewlett Packard. 'As the world’s first Chromebook detachable, it will unlock new ways for people to create, collaborate and consume within Chrome and the Google Play Store.'

UK pricing for the Chromebook x2 has yet to be confirmed, with HP setting a US recommended retail price of $599.99 (around £423 excluding taxes) for the entry level model when it launches in early June 2018. 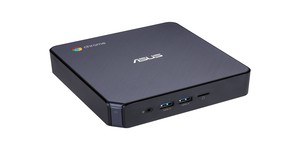