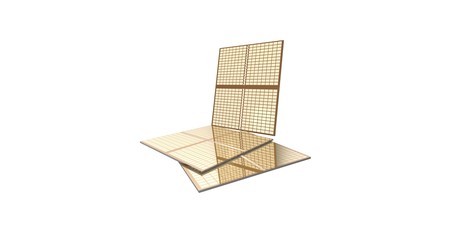 Accusations that Fujian Jinhua's memory business was built wholly on trade secrets stolen from US rival Micron, 'technology not possessed by the Chinese until very recently' according to the US Department of Justice (DoJ), surfaced back in November 2018. While the investigation into the matter continues, with a potential $20 billion in fines should the company be found guilty riding on the outcome, the US government issued sanctions which are preventing Fujian Jinhua from importing materials and goods it needs to produce parts - and it is reportedly being forced to shut down production as a result.

According to unnamed sources speaking to the Financial Times this week, Fujian Jinhua is running out of stored materials and has 'pretty much reached the end of the road'.

The investigation and embargo followed accusations from the Chinese government that Micron had infringed intellectual property owned by the United Microelectronics Corporation (UMC) - resulting in a number of Micron products being banned from sale in China.

The DoJ has not issued any public update on its investigation, but sources close to UMC have suggested that the company is looking to negotiate the payment of a fine in exchange for the criminal charges being dropped.