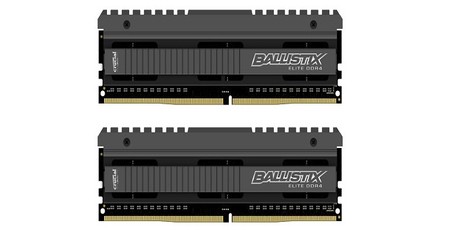 Memory maker Micron has belatedly confirmed receipt of an injunction preventing it from selling selected products and components in China, but has downplayed the impact with claims the products make up just over one percent of its revenue.

Taiwan's United Microelectronics Corporation (UMC), founded in 1980 and most famous for being the target of a lawsuit over its production of parts for counterfeit Nintendo products, announced it had scored an early victory in its lawsuit against US-based Micron: An injunction from the Fuzhou Intermediate People's Court of China barring its rival from selling a list of 26 products, all produced under its Crucial and Ballistix brands, until the merits of the case's accusations of patent infringement can be determined.

Micron, at the time, claimed it had not received any such injunction from the Chinese courts, but in an updated statement made late last week the company has now confirmed that it has received the injunction and will be complying with its terms.

The impact of the lost sales, though, is claimed to be minimal: MIcron claims the affected products represent 'slightly more than one percent of Micron's annualised revenues,' which is not enough to affect the company's previously-published revenue guidance range of $8 billion to $8.4 billion.

'Micron is disappointed with the ruling by the Fuzhou Intermediate People's Court. We strongly believe that the patents are invalid and that Micron's products do not infringe the patents. The Fuzhou Court issued this preliminary ruling before allowing Micron an opportunity to present its defence,,' claims Joel Poppen, senior vice president of legal affairs, general counsel, and corporate secretary at Micron Technology. 'This ruling and other actions by the Fuzhou Court are inconsistent with providing a fair hearing through appropriate legal processes and procedures. Micron has a long-standing history of successful business operations in China, including a significant assembly and test manufacturing facility in Xi'an, as well as deep relationships with many valued China customers. Micron will continue to aggressively defend against these unfounded patent infringement claims while continuing to work closely with its customers and partners.'

Micron has confirmed that it will seek a reversal or stay of the injunction ruling, while claiming that 'the central government of China has often stated that the rights of foreign companies are fairly and equally protected in China [and] Micron believes the ruling issued by the Fuzhou Court in Fujian Province is inconsistent with this proclaimed policy.''