Samsung and SK Hynix have separately announced the development and impending release of the industry's first 8Gb low-power DDR4 (LPDDR4) memory modules, promising commercial implementations before the end of the year.

Although the standard is not yet fully ratified, and LPDDR3 is a relatively new design itself, the dynamic RAM (DRAM) industry is pushing heavily for LPDDR4 adoption in mobile devices. The primary reason for this is power efficiency: running at 1.1V rather than the 1.2V of its predecessors, an LPDDR4 memory module promises to drain around 40 per cent less energy while offering 50 per cent higher throughput than LPDDR3.

With the mobile market now heading towards ultra-high resolution display panels, which require the system to which they are connected to push four times as much data around as previous high-definition devices, higher performance is a requirement - but only if it doesn't adversely affect battery life. LPDDR4, its proponents claim, is exactly the solution required - once the standard is finalised and the first modules shipped off the production line, of course.

While the two companies have worked separately on the development of their respective memory modules, their announcements are near-identical: both claim to have developed LPDDR4 modules on a vague process node somewhere between 20nm and 30nm - likely a hybrid node with features close to 20nm but interconnects closer to 30nm - with 8Gb, or 1GB, capacity. These modules, the companies have claimed, will directly replace the 4Gb and 6Gb (512MB and 768MB) LPDDR3 modules currently in common usage.

The companies' announcements weren't just about boosting battery life and increasing memory density, however: according to Samsung, the new modules offer a per-pin data transfer rate of 3,200Mb/s - twice that of LPDDR3. Furthermore, Samsung's Young-Hyun Jun, executive vice president of memory sales, has claimed that the mobile DRAM market will soon account for the majority of DRAM sales.

Small-scale production samples are one thing, but both companies claim their designs are ready for mass-production with Samsung stating it will be providing parts to customers this year and SK Hynix going further and pointing to the modules appearing in flagship mobile products by the end of the year and transitioning to mainstream devices in early 2015. By 2016, the company claims, LPDDR4 will have become the majority mobile memory format for new devices. 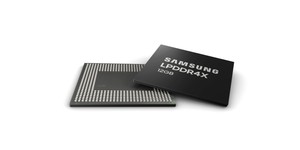 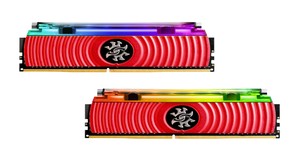