Claims that advertising giant Google is looking to bring its ultra-fast Google Fibre internet service provider (ISP) business to the UK have been scotched, with the company stating outright it has no serious planning discussions in place.

Google Fibre launched in 2011, offering low-cost high-speed fibre-optic broadband connections in selected cities in the US. Users have a choice of a completely free connection running at 5Mb/s down and 1Mb/s up, or to pay for a synchronous 1Gb/s connection in both directions. The company also offers a TV package, which adds a 2TB digital video recorder (DVR) capable of recording eight separate channels at once, and bundles a Nexus 7 tablet in for good measure.

The extremely high speeds are the result of Google opting for a fibre-to-the-premises (FTTP) system rather than the fibre-to-the-cabinet (FTTC) system used in the UK. The roll-out in the US has been slow and small-scale, with cities resorting to attention-grabbing tactics - such as Topeka, Kansas temporarily renaming itself to Google - to get on the waiting list.

Late last week, The Telegraph reported that Google has in talks with CityFibre to bring Google Fibre and its 1Gb/s bandwidth offering to the UK. The talks were well established, the paper claimed, until CityFibre pulled out over fears it would jeopardise its agreements with Sky and TalkTalk over similar high-speed fibre networks. While a disappointment, the suggestion was that Google would pick up discussions with another fibre firm to continue its expansion.

Google, however, says differently. 'We have informal conversations with other telecom companies all the time,' the company claimed in a statement to Engadget this weekend, 'but we've never had any serious planning discussions about bringing Google Fibre to Britain.' 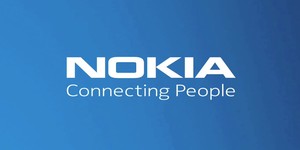