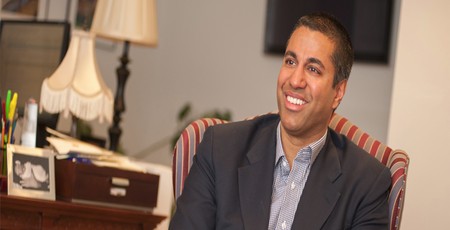 Ajit Pai, chair of the US Federal Communications Commission, has tabled a draft Order which would repeal Obama-era network neutrality regulations and, critics claim, put the future of the Internet in jeopardy.

Dubbed 'Restoring Internet Freedom Order,' Pai's proposals are positioned as removing 'heavy-handed Internet regulations' put in place during former US President Barack Obama's time in office. 'In 2015, the prior FCC bowed to pressure from President Obama. On a party-line vote, it imposed heavy-handed, utility-style regulations upon the Internet,' claims Pai of his Order. 'That decision was a mistake. It’s depressed investment in building and expanding broadband networks and deterred innovation.

'Today, I have shared with my colleagues a draft order that would abandon this failed approach and return to the long-standing consensus that served consumers well for decades. Under my proposal, the federal government will stop micromanaging the Internet. Instead, the FCC would simply require Internet service providers to be transparent about their practices so that consumers can buy the service plan that’s best for them and entrepreneurs and other small businesses can have the technical information they need to innovate.

'Additionally, as a result of my proposal, the Federal Trade Commission will once again be able to police ISPs, protect consumers, and promote competition, just as it did before 2015. Notably, my proposal will put the federal government’s most experienced privacy cop, the FTC, back on the beat to protect consumers’ online privacy. Working with my colleagues, I look forward to returning to the light-touch, market-based framework that unleashed the digital revolution and benefited consumers here and around the world.'

Critics of Pai's proposal, however, argue that the removal of regulations designed to enforce network neutrality - the idea that internet service providers cannot charge extra for traffic to selected sites, in much the same way your electricity provider can't charge more to power particular brands of TV or fridge-freezer - will leave consumers and smaller businesses considerably worse off than before.

'The FCC’s new approach invites a future where only the largest Internet, cable, and telephone companies survive, while every start-up, small business, and new innovator is crowded out - and the voices of nonprofits and ordinary individuals are suppressed,' claims the Electronic Frontier Foundation (EFF)'s Corynne McSherry. 'Costs will go up, as ISPs take advantage of monopoly power to raise rates on edge providers and consumers alike. And the FCC’s proposed plan adds salt to the wound by interfering with state efforts to protect consumer privacy and competition. The FCC today abdicates a fundamental responsibility.'

The first hints of the future the EFF and other campaign groups are warning against can already be seen in the UK courtesy of mobile networks which offer 'packages' of services - including music streaming platform Spotify, social networking giant Facebook, and video subscription service Netflix - which no longer count against the metered data allowance in exchange for a monthly fee. While the mobile networks, like the FCC, position such offers as being pro-consumer by reducing the cost of using such services, critics point out that it also prevents smaller rival services not included in the bundles from competing on a level playing field with their bigger unmetered rivals.

US readers interested in petitioning against the reform are advised to visit Save the Internet, a portal created by Free Press, through which policy makers can be contacted ahead of a vote in mid-December. 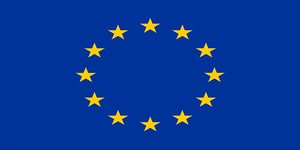