Google has confirmed rumours that it is working on a standalone virtual reality headset based around its Daydream platform and that it has signed Lenovo and HTC up as partners to bring it to market.

Announced by Clay Bavor, vice president in charge of virtual reality, during the annual Google I/O conference, the standalone Daydream headset confirms more than a year of rumours claiming the advertising giant was looking to branch out from smartphone-driven VR projects. It's also not the first time Google has delved into head-worn standalone computer systems, having issued a limited launch of its Google Glass wearable some years prior.

According to Bavor, the unnamed Daydream headset has been developed in partnership with Qualcomm and is potentially based on the company's previously announced Snapdragon-powered design. Google may not be looking to sell the device itself, however, describing what it has created as a 'reference design' and announcing partnerships with Lenovo and HTC to build commercial implementations - the latter of which confirmed that it would be selling such a device under its Vive branding as a portable alternative to its PC-tethered Vive headset.

The headset is based around a positional tracking system Google calls WorldSense, which Bavor claimed uses only a handful of internal sensors to provide accurate positioning information for room-scale virtual reality. This stands in contrast to devices like the Oculus Rift and HTC Vive, which require the room be prepped with two or more external sensors for room-scale tracking.

Sadly, neither Google nor its partners were willing to share details on pricing and formal availability beyond a rough commitment to launching commercial headsets before the end of the year. Technical specifications, including critical information such as display persistence and resolution, were also not offered.

At the same event, Google also announced a beta of Android O, a Visual Positioning System (VPS) based on its Project Tango technology for indoor location tracking, and a second-generation Tensor Flow Processor (TPU) accelerator offering 45 trillion floating point operations per second (teraflops) of compute for deep-learning and other artificial intelligence projects - a major upgrade from the company's original model, announced this time last year. 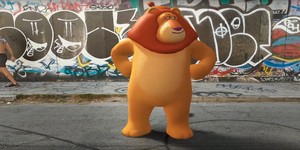