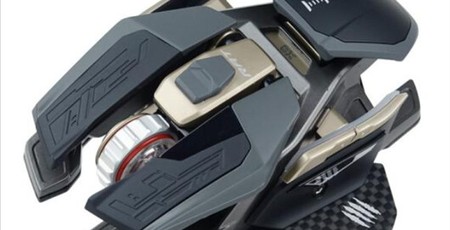 Want a mouse that looks like nothing you've seen before? Mad Catz has launched the R.A.T Pro X3 Supreme, a limited-edition gaming mouse designed to celebrate the current year of the Rat.

Looking very different from mostly anything you normally witness (and reminding me of an off-brand Transformer-esque toy), the R.A.T Pro X3 Supreme is built on a precision magnesium alloy Exoframe so that it remains lightweight despite packing plenty in. A mixture of matte black and gold, it comes with an array of interchangeable components all tightly packed away in its travel case.

The R.A.T Pro X3 Supreme includes a choice of replaceable palm rests, scroll wheels, and rests for your thumbs and little fingers. Impressively, it has a near overwhelming 108 different physical configurations depending on how you set things up. Yup, this isn't going to be something that takes five minutes to get comfy with. 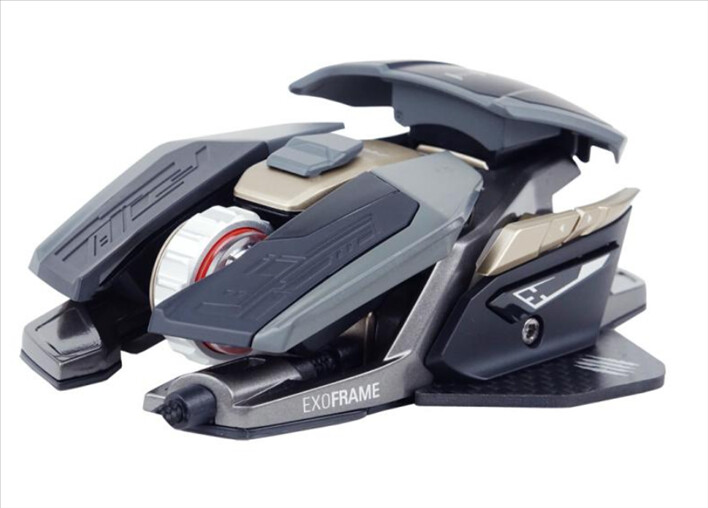 Besides that plethora of options, the R.A.T Pro X3 Supreme uses a Pixart PMW 3389 Pro optical sensor for the important bit - the responsive nature of the mouse. It can achieve up to 1600 DPI with movement speeds of up to 400 inches per second, along with 50G of acceleration. Mad Catz reckons the response time is a mere 0.3ms which should be good enough that when you die in Overwatch, it was your fault, not the hardware. It also offers four different DPI settings which can be activated on the fly as and when needed via a single touch of a button.

Even the scroll wheel is supposedly state of the art being the first to use optical technology and analog axis capabilities, according to Mad Catz. You can also tweak its resistance and swap it out for an entirely different scroll wheel to get a better feel under your fingers.

The R.A.T Pro X3 Supreme also offers multiple gaming profiles, up to 10 individual games, which will be useful given there could be a lot of tweaking in your future. And, of course, there's RGB lighting with millions of colours to choose from and patterns to pick out if you so wish.

There's no denying that the R.A.T Pro X3 Supreme is short on features, even if it does look a tad marmite-ish. Frustratingly, Mad Catz hasn't announced a price for it yet. We can't see this one being cheap though. Not with that amount of customisation going for it. 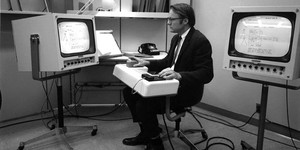 William English, co-creator of the computer mouse, dies at age of 91

The world would be very different without such vision