Microsoft surprised attendees at its press event last night with partnerships to produce a range of virtual reality headsets for Windows 10 machines starting at just $299 (around £244 excluding taxes).

While the majority of those who have tried the current generation of virtual reality hardware rave about it, few could argue that the current pricing - which sees buyers spending at least £550 on the VR headset itself, not counting the cost of a gaming PC beefy enough to drive it - puts the technology out of reach of the masses. Microsoft, it appears, agrees, and announced partnerships with hardware companies Acer, Asus, Dell, HP, and Lenovo to build virtual reality headsets which would start at just $299 (£244 excluding taxes).

Specifications have not been issued, but Microsoft confirmed each headset would include internal six-degrees-of-freedom (6DoF) sensors for head and positional tracking without the need for external camera systems - likely a major source of the reduced cost compared with the HTC Vive or Oculus Rift. With its aggressive pricing, Microsoft appears to be aiming to offer an equivalent to Sony's £349.99 PlayStation VR, and just like the PSVR is officially limited to compatibility with the PlayStation 4 console family Microsoft is looking to lock the hardware down to its Windows 10 platform.

Thus far, Microsoft's hardware partners on the project have not stepped forward with formal specifications, pricing, or even a launch date beyond the promise that the first headsets will appear some time in 2017, likely to coincide with a 3D-heavy update to the Windows 10 operating system dubbed the Creators Update and scheduled for release in the spring. 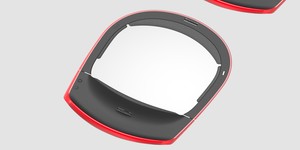 Will launch something by year's end.