Built into a 25.4x19.8x5.8cm aluminium chassis, the Netstor TurboBox-mini NA220A - as it is known - is designed to allow a PCIe x16 card to be inserted within and from there connected to a host laptop via an ExpressCard interface - or, less excitingly, a low-profile PC via a special PCIe card.

Although Netstor state that the device can offer mobile gaming platforms a much-needed boost by allowing desktop PCIe graphics cards to be hooked up to a notebook, the current version is limited by an 80W dedicated power supply - enough for a low-range graphics card but unlikely to get a Fermi ticking over. That said, the company has promised a second model featuring a beefier 200W PSU and three PCIe slots which may fair better - although the ExpressCard interface does limit the bandwidth available to the card.

While this isn't the first solution for allowing notebook gamers the chance of enjoying some beefier graphics processing power - beaten to the punch by the 7900 GS-equipped Asus XG Station we looked at back in 2007 - and is likely to be overshadowed by ATI's still-upcoming XGP system, it's a neat trick - and one which isn't just limited to graphics cards.

As an example of commercial use, a company representative pointed us towards a Taiwanese customer using a dedicated PCIe capture card to perform signal processing of live TV broadcasts on a notebook - something which would have previously required a full-size PC.

The 80W, single-slot version of the TurboBox-mini NA220A is expected to retail for around $400 (£267) - with UK pricing yet to be announced. Once we've received a test unit - expected shortly - we'll be able to offer a more in-depth look at its feasibility as an add-on for a gaming notebook.

Does the idea of a notebook interface for your PCIe cards fill you with joy, or would the price have to come down significantly before it would pique your interest? Share your thoughts over in the forums. 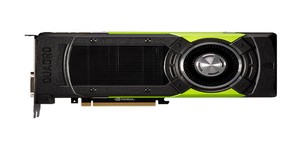 Triples the performance of the Titan Xp, too.