Adobe has announced that it is now providing its flagship Photoshop image manipulation software for Google's Chrome OS, using streaming technology to bypass the limited specifications of Chromebooks and Chromeboxes.

Google's Chrome OS project, which provides a stable Linux base on top of which web-based applications are executed in a variant of the Chrome browser, has proven popular - so much so, in fact, that Microsoft has begun the Stream PC initiative to specifically compete with Chrome OS-based Chromebooks. Traditionally, these have been limited to relatively lightweight applications - but now Adobe's getting involved, and it's bringing Photoshop to the party.

'In partnership with Adobe, we’re welcoming Creative Cloud onto Chromebooks, initially with a streaming version of Photoshop,' explained Google's Stephen Konig in the announcement late last night. 'This streaming version of Photoshop is designed to run straight from the cloud to your Chromebook. It’s always up-to-date and fully integrated with Google Drive, so there’s no need to download and re-upload files—just save your art directly from Photoshop to the cloud. For IT administrators, it’s easy to manage, with no long client installation and one-click deployment to your team’s Chromebooks.'

The system works in a similar manner to cloud-based gaming platforms: the heavy processing is performed on remote servers managed by Adobe, with only the result of that processing being transferred to the Chromebook or Chromebox. While this means that the software won't operate without an active internet connection, it also means that users aren't limited by the amount of local storage, RAM or processing power - all things commercial Chrome OS devices lack in order to keep the cost of the systems down.

Before you get too excited, there's a catch: the streaming Photoshop system is currently in a limited roll-out, starting with Adobe's educational customers in the US with paid Creative Cloud memberships. Thus far, neither Google nor Adobe have indicated when the software will be made available to a wider audience. 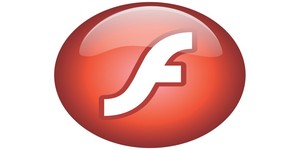 Better hope you had backups.