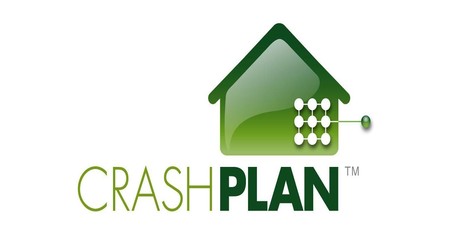 Code42, the company behind popular cloud backup platform CrashPlan, has announced it is pivoting away from home users to focus on small business and enterprise customers - and that if current subscribers don't double their payments, their backups will be deleted.

Founded in 2001 by Matthew Dornquast, Brian Bispala, and Mitch Coopet as an IT consultancy which would eventually attempt to replicate the success of Mark Zuckerberg's Facebook, Code42 switched tacks in 2007 to launch the CrashPlan backup service. The company soon found success with its 'freemium' model, offering the cross-platform Java-based software free of charge to home users and asking for payment only if said users wanted to store their backups on Code42's remote servers. The software's simplicity and functionality - including a neat feature through which users can offer a chunk of hard drive space to their friends for completely free remote backups, the contents of which are fully encrypted and private - resulted in widespread adoption, aided in no small part by cloud storage subscription pricing offering unlimited capacity for just $60 a year (around £47 excluding taxes).

Sadly, that offer appears to have proven unsustainable for the company: A decade after launch, CrashPlan for Home is now being deprecated. 'The needs of our business and consumer customers have diverged dramatically in the past few years,' claims Joe Payne, who took over as president and chief executive of Code42 in 2015. 'With the rise in threats facing organisations today, we are uniquely positioned to deliver the data security and visibility solutions those organisations require. This continues to fuel our high growth and is driving our strategic decision to focus solely on business and education markets. We worked hard to find the best possible alternatives for CrashPlan for Home customers as we transition out of the consumer market.'

Those with current CrashPlan for Home subscriptions will, the company has confirmed, be allowed to use the service for the duration plus an extra 60 day grace period. Following this grace period, all backups will be automatically deleted - unless said users migrate to CrashPlan for Small Business, formerly CrashPlan Pro, which is near-identical to CrashPlan Home but twice the price at $120 a year (around £94) though with a 75 percent discount for the first twelve months. Those unwilling to pay that are being given the option of switching to Carbonite, an alternative backup platform which supports Windows and macOS clients but not Linux, at a 50 percent discount. Users switching to CrashPlan for Small Business can retain their existing cloud backups, though computer-to-computer backups - a particular feature of the Home variant - will be automatically deleted the moment you switch to the Small Business variant; those switching to Carbonite will have to begin from scratch. Inspired by Chrome OS, it seems.