Microsoft is reportedly looking to take the fight to Google's Chrome OS with a cut-down variant of its Windows 10 operating system, and ever-vocal game developer Tim Sweeney is unimpressed.

While not an unalloyed success, Google's Linux-based Chrome OS - which turns your applications into webapps running in a shell which is basically a tweaked Chrome browser - has been gaining traction in education and mobile computing circles thanks to a low cost, minimal maintenance, and the promise that devices will soon gain access to the Android app ecosystem. Although hardly a threat to Microsoft's near-monopoly of the desktop operating system market, it appears that the software giant is nevertheless ready with an answer: Windows 10 Cloud Edition.

According to sources speaking to ZDNet, Windows 10 Cloud will take the form of a cut-down build of the operating system designed to run only Unified Windows Platform (UWP) software installed through the Windows Store. In short: You can kiss goodbye to legacy app support, but in favour of - in theory, at least - the same benefits of reduced support costs and greater resilience to malware as enjoyed by the similarly legacy-free Chrome OS.

While Microsoft has made no official statement on its plans, Epic Games founder Tim Sweeney has lashed out at the company via social networking service Twitter. 'Windows 10 Crush Steam Edition,' Sweeney spat in one message. 'Looks like Microsoft was waiting till after the election to see if they could get away with their lockdown. Windows 10 has great admin features to limit user software installs. They don't need to lock out competitiors [sic] to achieve security. No, it's not OK. Microsoft is a monopoly with a large majority of PC OS market share, and is barred from forced "tying" by antitrust law.' 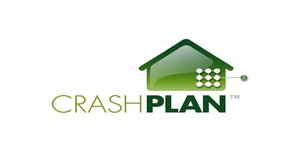 Only for Windows users with >4GB.